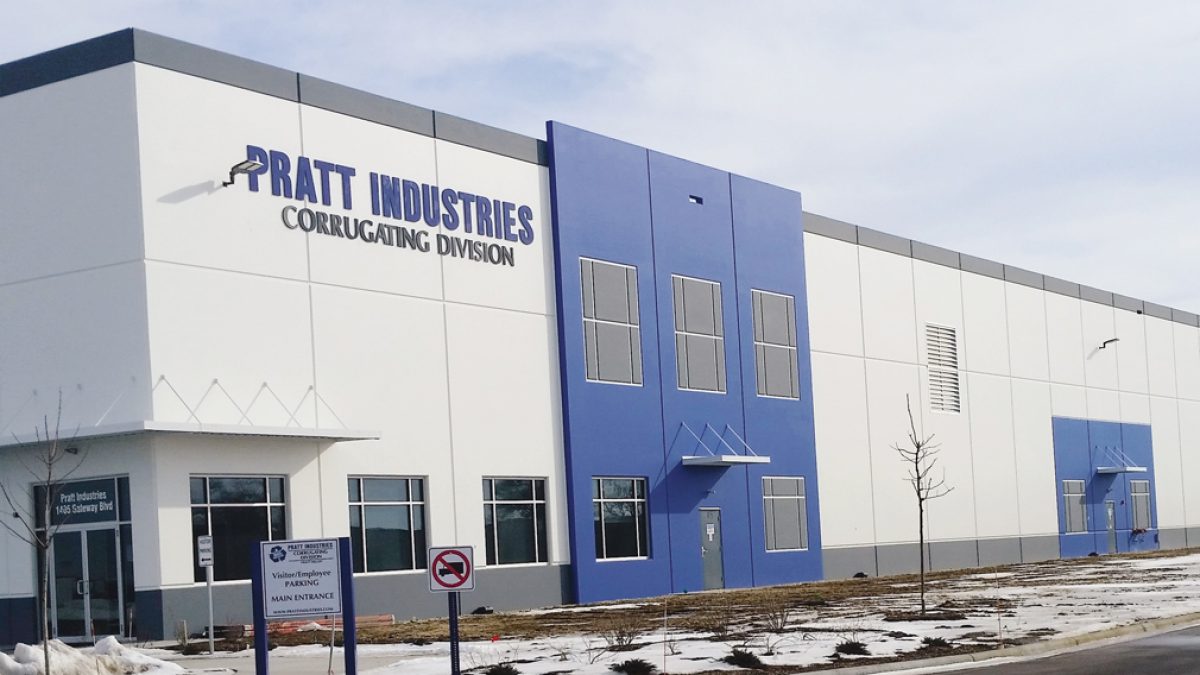 On March 20, Pratt Industries officially opened its newest corrugated facility — a $60 million investment in Beloit, Wis. At capacity, the 350,000-sq-ft plant will employ 140 people and produce 600 tons of 100% recycled boxes a day.

“We’ve been looking to expand our footprint further into the Midwest so Wisconsin was a logical next step for us and both the state and local authorities provided key incentives to make this happen,” Tom Priest, Pratt Executive VP of Sales & Marketing, says. “We were particularly impressed with Wisconsin Governor Walker and his pro-growth policies and attitude towards attracting manufacturing companies like ours to his state. We specifically chose Beloit because of its central location in Wisconsin and relative proximity to the greater Chicago market.” 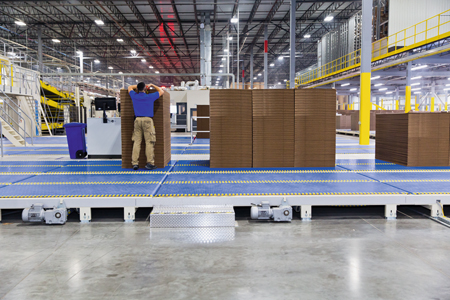 The plant is the next generation of Pratt corrugator facilities built since 2010 and is considered one of the most modern in North America. “Beloit is fully automated. In fact, no employee touches a sheet from the time when the roll first goes on the corrugator to when the fork lift picks up the unit in shipping,” Priest says.

A 110-inch BHS corrugator and Dücker material handling system feed five machine lines — two rotary diecutters and three flexo folder-gluers. The converting machines range from three- to four-color. The plant has 28 loading docks. Approximately 40% of the sheets are converted in-house. The remainder is used to supply other Pratt factories in the Midwest.

The Beloit plant will be focused on the food, snack and beverage markets in Wisconsin, as well as e-commerce. “We have the full range of converting equipment to meet every current market need for box sizes,” Priest says. “Wisconsin also has a rich pulp and paper industry, which we plan to service with the most modern corrugated and converting assets in North America.

“Besides the obvious Wisconsin markets, the neighboring states have so many industries that we look forward to supplying packaging solutions, to light and heavy manufacturing, personal care products and specialty goods,” he continues. “A subset of our current customers will also benefit from this state-of-the-art facility and its quality systems.”

Environmental Focus
In keeping with Chairman Anthony Pratt’s focus on sustainability, the plant uses the latest technology in water reclamation, 100% LED lighting, and compressed natural gas operated forklifts and grab trucks. “Because of its state-of-the-art systems this factory has even lower energy costs and less headcount than those plants we green fielded just a few years ago,” Priest says.

During the official opening, Anthony Pratt commented that putting the new factory in Wisconsin was an easy decision. “It’s due to Governor Walker’s great leadership that we are located here in this businesslike-friendly, manufacturing area,” he says, noting that under Walker’s leadership unemployment in the state had fallen from 8% to under 4%. “And this plant is only a punt kick away from the Chicago area, the world’s biggest box market.” 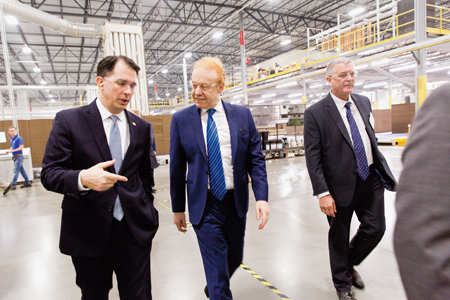 Wisconsin Governor Scott Walker, who was on hand for the ribbon cutting and a tour, hailed the company for creating good paying jobs in the state and across the U.S. “We’re thrilled at this commitment,” the Governor told more than 150 customers and employees. “As an international leader in paper and packaging, Pratt Industries had numerous options when it came to establishing operations in the Midwest and their decision to expand here in Wisconsin is another indication that our reforms are working.”

The Beloit facility is part of Pratt’s continued U.S. expansion plans into the Midwest and beyond. “We currently operate 68 factories and employ 7000 people and we want to continue to grow those numbers,” Pratt says. “Just here in the Midwest alone we’ve invested almost $500 million dollars since the beginning of 2015.”