Williams for Durst UK and Ireland 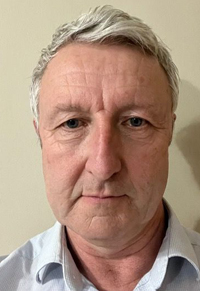 Durst UK and Ireland has confirmed the appointment of Neil Williams (pictured left) as UK & Ireland Business Development Manager for the Northern region. He will be replacing Richard Bates, who retires at the end of the year after almost a decade with Durst and 46 years in the industry.

Williams brings a wealth of experience from more than 30 years in the printing and packaging industries, working for companies such as Sericol, Fujifilm, Inca and more recently EFI. Living in north-west England, his responsibility covers the extensive Durst portfolio, as well Durst software, support service and other integration packages.

Peter Bray, Managing Director, Durst UK and Ireland, said, “With a wealth of experience in the packaging and print sectors, we are delighted to welcome him to the Durst family. At the same time, I want to put on record our sincere thanks for Richard’s significant contribution to the UK & Ireland business for almost a decade. We wish him a long and happy retirement.”