The Voith Group reports that it performed satisfactorily in the 2021/22 fiscal year (ending on September 30) and is proving to be in a robust condition with regard to its operations and finances.

The Group’s orders received have further increased in comparison to the previous year. Sales rose and both the operating result and the net income grew. The Company’s broad sectoral and geographical diversification and the solid market position of the three Group Divisions contributed to this development, as did regional supply chains. Voith is furthermore profiting from a sound financial strength that enables the Company to make substantial investments in the development of innovative technologies and in acquisitions to exploit strategic growth  areas, even in a difficult economic environment. 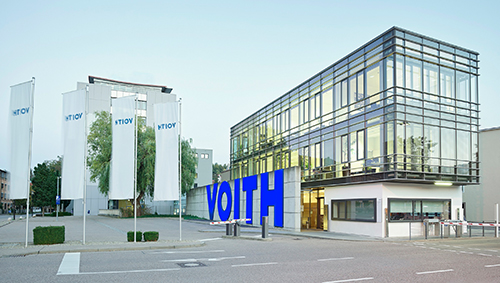 Orders received exceeded expectations at €5.16bn, having risen by 3% in comparison to the previous year’s very high level. At €7.03bn, orders on hand broke through the €7bn threshold for the first time; the level seen at the reporting date was more than 12% higher than one year previously. With a rise of 15% to €4.88bn, Group sales likewise exceeded expectations. In particular, this effect came from the high level of orders received in previous years as the Covid restrictions that were phased out in large areas of the world allowed for better processing of backlog. With a rise of 21%, the operating result (EBIT) grew at a faster rate than sales to reach €200m – even though the earnings situation in Germany remains unsatisfactory.

Toralf Haag, President and CEO,  said, “Voith saw profitable growth under demanding conditions. With this, we not only demonstrated that our clear strategic focus on sustainable technologies is paying off. We have also proven once again the resilience of our business model. For this reason, we are in a good position, even in an economic environment that is likely to remain difficult over the short term, to continue our sustainable growth path and to emerge stronger from these crisis-ridden times.”