A new headquarters and Customer Demo Center in Brixen, Italy, has been opened for Vanguard Europe GmbH. A subsidiary of Vanguard Digital Printing Systems Corp, of Lawrenceville, Georgia, USA, producing 200 systems a year, European staff are now based adjacent to the headquarters of Durst Group in Brixen in the 5,300 square meter ‘Kraftwerk’ premises, which was officially unveiled in September.

Vanguard Europe has set its sights on becoming a leading provider in the digital flatbed and UV production entry- and mid-level markets by replicating sales successes of its parent company, also utilising the global expertise of its resellers, distributors and other partners, as well as growing opportunities for staff and customers. Target sectors for Vanguard Europe include signage, decoration, corporate industrial and packaging. Since it was set up less than a year ago, more than 25 installations of digital flatbed systems have already taken place across Europe.

Vanguard Europe has the biggest area in hi-tech Kraftwerk, the incubator for Durst Group start-ups and spin-offs, where there is a training academy, presentation suite, dedicated media company specialising in BTB video and storytelling, a film studio, plus assembly / storage areas and offices – all in a new space to challenge old rules. Vanguard Europe is currently led by Fabian Sottsas, who has worked for the last 20 years with Durst, which acquired Vanguard Digital Printing Systems two years ago. Alongside him is Yiannis Apostolidis, Business Development Director. Together with other new recruits, the team will be working closely with partners and resellers with a strong emphasis on customer relations and service. 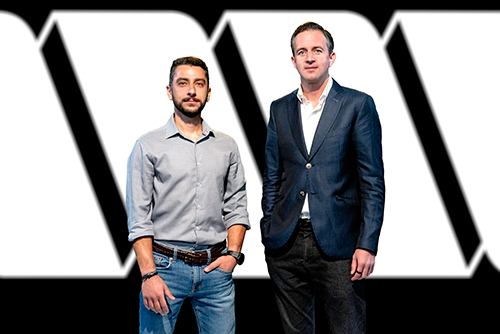