Two appointments at The Royal Group 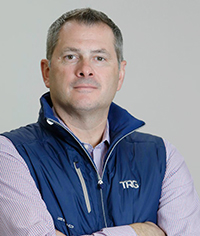 The Royal Group has confirmed that appointment of Chris Rebuck (pictured left) as the new General Manager at its Package Craft business unit. Rebuck replaces Craig Roberts who served as the General Manager of Package Craft for the past 23 years. Roberts will now take a sales and advisor role and remain with the company.

“I have worked very closely with Chris during his tenure at TRG and am excited to see his passion and leadership shine in North Carolina. Chris joins a very capable team at Package Craft and we look forward to continued success in 2023 and beyond,” said Kevin Miller, CEO, TRG.