TPC see sales grow by more than 50% with Rapida

TPC Printing & Packaging continues to unveil notable advances and new capabilities for its customers. The company’s owners turned to Koenig & Bauer to build a new Rapida 105 PRO perfector press that would dazzle its high-end customers, combine decorative effects such as coatings, foils, and other special enhancements for its creatives, and produce eye-catching packaging for the luxury market it serves.

The Rapida 105 PRO Ten-Color Plus Coater Perfector Press, which arrived in mid-2020, has achieved its multi-prong purpose. Its main goal was to reach new levels of quality and output while reducing turnaround time and increasing efficiency. The Rapida 105 PRO is also tasked to increase the printing company’s sustainability and environmental initiatives. 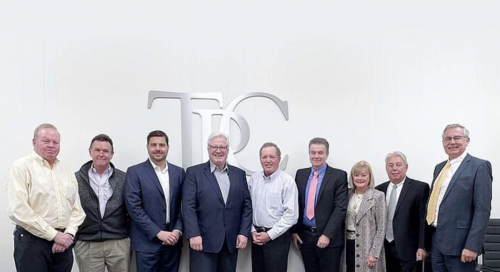 In a one-year period, TPC documented that it was able to save in excess of one million impressions by running in-line perfecting rather than a separate back print machine pass. Due to the inline cold foil system on the new Rapida 105 PRO, TPC has reduced its offline conventional hot foil stamping presses from running 24 hours/day to only running one shift per day.

“These are massive improvements to efficiency and cost,” says Joseph A. Schmissrauter III, President, TPC Packaging. “Not to mention the elimination of many stamping dies. The new press is running 24/7 alongside our other Koenig & Bauer Rapida eight-color press that is running 16/7. Our press operators are clamoring to get on the press due to the new integration features right from the console. Sales at TPC have grown by more than 50% since we installed the new Koenig & Bauer Rapida 105 PRO. It has eliminated a lot of machine hours on related equipment.”