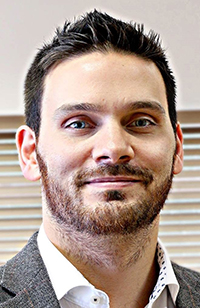 Houghton Regis-based Kolbus UK has confirmed that it Arran Sethi has progressed to the role of Director Of Sales.

Sethi (pictured left) has been with the company for over seven years, having originally joined British Converting Solutions Ltd back in 2015. BCS was acquired by Kolbus in 2019, at which stage Sethi was confirmed as Sales Manager for the range of Autobox equipment. In his new role, he will continue to sell the portfolio of Autobox equipment as well as the recently launched RD 115S flexo rotary die-cutter.