For RRK Wellpappenfabrik GmbH & Co. KG in Bottrop, which belongs to the Panther Group, the year 2021 not only marked the 45th anniversary. Also, investments were made in the anniversary year and in September of this year another, new Göpfert rotary die-cutter for HQPP was put into operation. 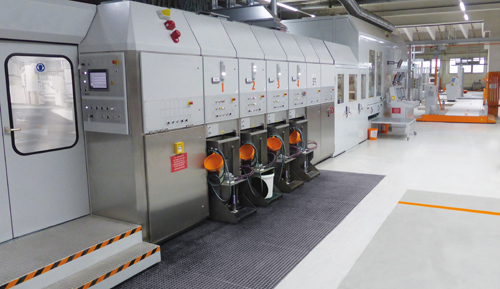 The rotary die-cutter, which has recently started up, has among other things, four print units with IR dryers, print image monitoring including ejection system and packing robots. Complete camera monitoring of the entire system, optimised noise protection measures and consistent design under lean management and 5S methods create new, high modern workplaces for the Panther Team at the line.