Robinson partners with ‘The History of Parliament Trust’

UK-based packaging specialist Robinson is one of the partners of a new publication to celebrate the best of British leadership, launched recently with ‘The History of Parliament Trust’ at Westminster Abbey. 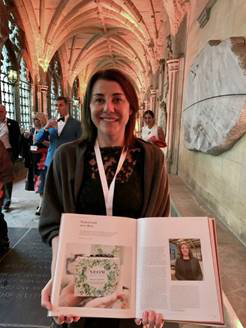 Robinson was selected to feature by The History of Parliament Trust – one of the most respected and authoritative research projects in British history. Entitled ‘300 Years of Leadership and Innovation’ the book is produced in partnership with leading publisher St James’s House and written by an editorial team of distinguished academics and award-winning authors. The publication is being launched to coincide with the 300th anniversary of the appointment of Britain’s first prime minister, Robert Walpole, in 1721, and in the year of Her Majesty the Queen’s 95th birthday.

The book is presented in two volumes with expertly written articles on those who have shaped British society, past and present: from Walpole to Cromwell, Churchill to Blair, The Queen and Prince Charles to captains of industry and those pushing the boundaries of innovation. The team at Robinson were interviewed for their article, which is included in the second volume dedicated to organisations leading in sustainability.

Dr Helene Roberts, CEO, says, “At a time when many businesses are seeking to align themselves with sustainable values, Robinson is an example of a company that has such principles embedded into its behaviour from the beginning. The business was founded in 1839 by John Bradbury Robinson to create boxes for medical supplies, such as pills and ointments, but Robinson was equally concerned with employee welfare. He bought sports grounds for his staff and the local town of Chesterfield, created pension schemes, and provided access to fair pay, housing and health care.”