The honour was awarded by the UK Ambassador in Spain, Hugh Elliott, during a medal ceremony at Saica headquarters in Zaragoza. 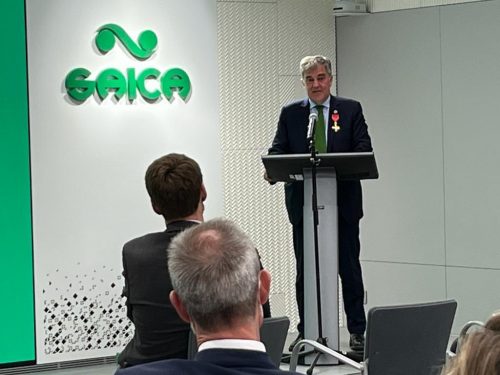 “It is a true privilege to receive this honour,” said Alejandro. “We have had a special relationship with the United Kingdom since we entered the UK market in 2006. Today, we can proudly say we operate from 23 sites in the UK – more than any other country outside Spain – and employ over 2,300 people there. Since our entry, we have invested more than £700m into the UK market and we continue to invest for the long-term.”