After the sad demise of Bradford Boxmakers at the end of 1999, five members of staff decided to set-up Prima on their own. At the turn of the millennium they chose the company name, Prima, as it was the initials of the founding partners. 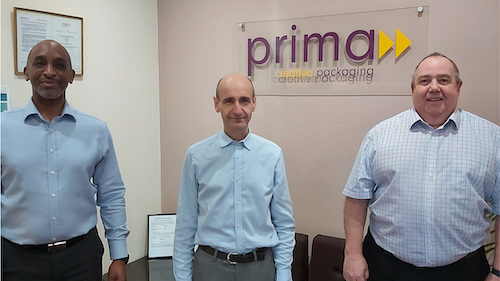 They started their humble beginnings on 9th November 2000 with limited staff, run from a small factory in Girlington, Bradford. At the turn of the millennium they chose the company name, Prima. With a transparent and honest approach, they carefully crafted the business based around quality, service and reliability. Prima continued to invest in better machines and employing more staff, some of which have been for more than 15 years.

In 20 years, the company has weathered the storms of the recessions of 2001 and 2008 and is working through the current global crisis. Prima still maintains an extensive product portfolio ranging from printed and plain folding cartons, corrugated boxes and point-of-sale, folders and pockets through to ring binders, PVC pockets and paper over-board boxes and folders.

Throughout the years, three directors have retired, Prima streamlined, and carried on investing, this time purchasing an impressive automatic die-cutter. With the new additional equipment came a welcomed move into a much larger factory closer to the centre of Bradford, where they are located now.