The company’s recycling operations at the existing Wichita, Kansas-facility will remain in place. 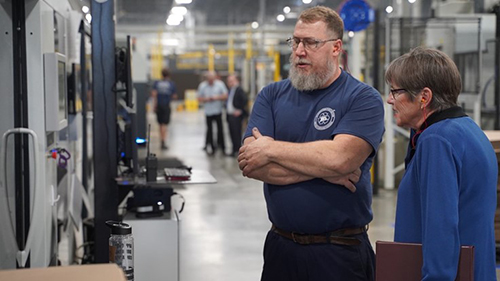 Laura Kelly, Governor of Kansas, (pictured above with a member of Pratt’s team at the opening), said, “Pratt’s continued investment in our state shows that when we support workers and businesses, Kansas thrives. Now, many more Kansans will have high-paying jobs and $200m has been brought into Park City — reinforcing that we all benefit from our growing economy.”