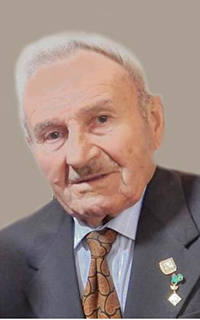 We are sad to report the passing of Luigi Taborro, who died at the age of 98. He was a ‘Knight of Labour’ and founder of Scatolificio Sios, based in San Severino, Italy.

Taborro lived a long life amidst the years between the first and second world wars, then also after the Second World War. Like many in Italy, he emigrated to Argentina, but in 1955 he returned to Italy, because he was too tied to his land.