We regret to announce the death of Klaus Thimm, Senior Partner of the Thimm Group. The son of the company founder Walter Felix Thimm and long-standing Chairman of the Management Board died suddenly and unexpectedly on 9th December 2020 at the age of 83. He leaves his wife, four children and eight grandchildren. 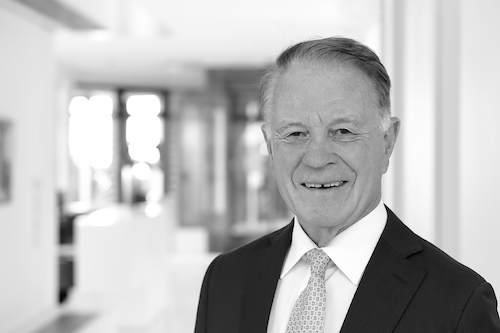 Klaus Thimm took over his father’s company in 1983 as the second generation. Under his leadership, the company experienced considerable growth. In addition to the Northeim headquarters, three new plants were built step by step in Germany (Castrop-Rauxel, Alzey and Eberswalde) along with a fourth in Všetaty, Czech Republic. He also laid the foundations for today’s Thimm Group with its five independent divisions Thimm pack’n’display, Thimm Packaging Systems, Christiansen Print, Cartonara and corrugAid at 20 locations. In 1999, he handed over operational management to Mathias Schliep.

“Today’s Thimm Group would not have been possible without Klaus Thimm. The company was his life,” says Mathias Schliep, Chairman of the Thimm Group Management Board. “With his entrepreneurial vision, Klaus played a decisive role in the company’s development and always kept the values orientation of our family business in mind”.

Of particular concern to him was to lead Thimm as a family-owned company into the third generation, which he successfully advanced and implemented. Until recently, he was a member of the Administrative Board which he joined in 1999. At the same time, he was managing partner of Thimm Holding GmbH + Co. KG and Conprinta Printing Technology, which he acquired in Switzerland in 1993.

Klaus Thimm was also involved in social and cultural projects and worked as an advisor or member of the supervisory board of other companies. He also held several roles in national and international corrugated industry associations.