We are sorry to report that Edmund Bradatsch passed away on 1st February, 2021 at 80 years old. With Paul Engel, Edmund Bradatsch laid the foundation for BHS Corrugated Maschinen- und Anlagenbau GmbH in Weiherhammer, Germany. 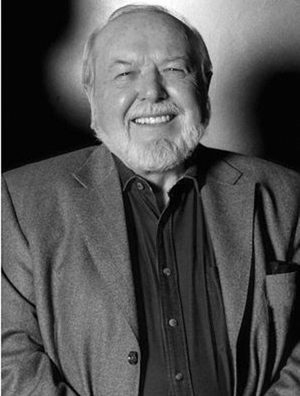 Edmund Bradatsch was born on 19th December 1940 in Velenic (Gmünd, Czech Republic). His family moved to Upper Bavaria after the war and finally to Munich in 1956. At Krauss-Maffei AG in Munich, he completed an apprenticeship as an industrial clerk and then went on to study mechanical engineering in Munich. He supplemented his technical knowledge at the Institute for Design Systems at the Technical University in Munich. It was here that he also worked on industrial orders and first came into contact with the former iron and steel works.

Since then, Bradatsch was associated with the BHS company in Weiherhammer, where he worked in development, design, testing and technical sales. In 1972, he moved to the Upper Palatinate. In 1990, he founded his own sales company with Paul Engel and in the middle of 1993, Bradatsch and Engel, together with other shareholders, took over the BHS Weiherhammer company and incorporated it into today’s BHS Corrugated Maschinen- und Anlagenbau GmbH.

For seven and a half years Bradatsch headed sales and technology at BHS Corrugated as Managing Director and shareholder. He had already withdrawn from the day to day operations and as a shareholder in 2003, but he continued to act in an advisory capacity for the current shareholders of BHS Corrugated. He has been a fatherly, reliable advisor to his partner’s sons, Christian and Lars Engel, over the years.

In 1999, he established the Edmund-Bradatsch-Foundation. Bradatsch and his wife Helga who had no children of their own, but wanted to give back to students. In doing so, he wanted to personally thank his own sponsors, who gave him the opportunity to study mechanical engineering at the Oskar von Miller Polytechnic as a young man. The purpose of the private foundation was to support students, especially those on the second educational path. It also aims to promote science at the universities in Regensburg, Amberg and Weiden.

In recognition of the forward-looking development of the BHS Weiherhammer plant with its associated entrepreneurial, social and civic commitment in the community, Bradatsch was awarded honorary citizenship at the BHS Corrugated 300th anniversary celebration by the Weiherhammer community in 2017.

In December 2020, he was able to celebrate his 80th birthday in good health at his residence in Weiden and therefore the news of his death was unexpected.