UK-based trade supplier, Cases24, has turned to Mosca to help boost productivity with the purchase of two new strapping machines for its Coalville site.

Cases24 chose to replace two existing Mosca bundle strappers after 10 years’ service, on two of their four casemakers. Following a lengthy decision making process, it was decided to opt for the Mosca UATRI-2XT bundle strapper to achieve the highest possible uptime and throughput achievement on both of the site’s mini-line casemakers. 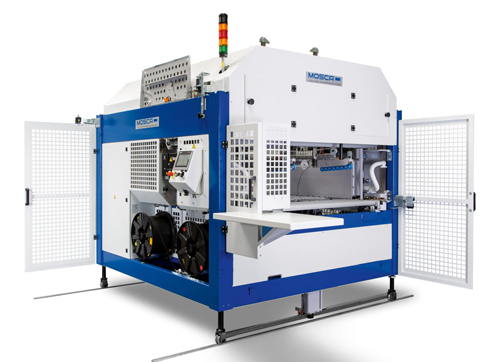 The first installation took place during August, which was only the second of the latest generation UATRI to be installed in the UK. The second casemaker will see its bundle strapper being replaced with a UATRI in February.

Paul Elliott, Conversion Manager at Cases24, says, “Mosca have proven to be a highly attentive supplier, not only during the sale of the equipment. In fact the installation went better than expected and the desire to ensure the machine is fully safety compliant has been reassuring.”​​​​​​​