At the beginning of September, Model AG in Weinfelden celebrates its 140th anniversary with employees and retirees.

What began in 1882 as a small handmade cardboard company in Ermatingen is now a Europe-wide group of companies with 17 plants in seven countries and annual sales of more than CHF 1 bn. 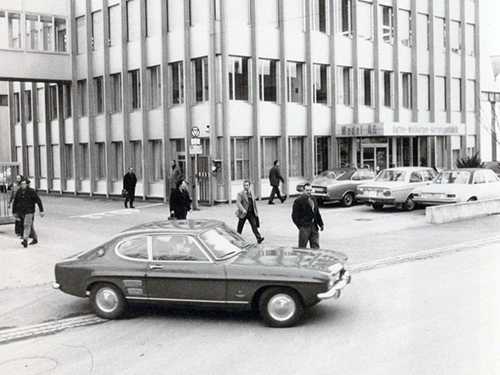 It has been a success story since 1882. The company survived two world wars and several financial and currency crises. “We look back with great gratitude on the courageous and prudent decisions that made sustainable growth possible,” states Daniel Model, CEO. “In 1931, for example, after the move to Weinfelden, we invested in a Yankee machine, which accounted for three times our annual sales at that time.”

A milestone in the history of Model AG was the assumption of management by the young widowed mother of three, Els Model, who successfully ran the company for many years. Another milestone was the fall of the Berlin Wall in 1989, which made rapid expansion into Eastern Europe possible.

Closed-loop recycling is the business principle at Model AG, and the two Swiss paper mills have also long been drawing CO2-neutral energy by means of a steam pipeline, on the one hand from the Weinfeld waste incineration plant and on the other from the nuclear power plant in Niedergösgen. While the number of employees is growing throughout the Group, the strong Swiss franc and comparatively high labour costs mean that a lot is being invested in digitization and automation in Switzerland, which is accompanied by job cuts and a shift to more demanding job profiles.

“Despite the major challenges of the current period, we look to the future with confidence, and the rejuvenated logo also represents the entry of the next generation of the Model family into the company,” concludes Daniel Model. “With heartfelt thanks to all who have contributed to this success story.”