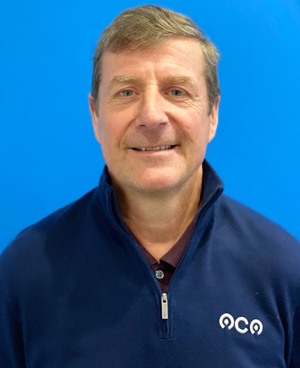 Jeremy Crossley (pictured left) has returned to print finishing after a 20 year stint with Heidelberg UK as a postpress specialist and sales representative. He has joined comprehensive print finishing and packaging converter ACA as business development manager.

ACA offers in the region of 70 different finishing processes and, being based adjacent to Glasgow airport and the M8, distributes to a UK wide market. Currently 60% of its work is from Scotland, 40% from the rest of the UK but with expansion in mind it believes the split will be nearer 50-50 in the next three years.

“In my role with Heidelberg I have worked with print and packaging companies in the north of England and Scotland. I had called on ACA regularly over the last 20 years and was impressed when the management buyout took place in 2016,” says Crossley. “It was clear that this company wanted to push forward, that it was eager to double its turnover to £8m and that it was willing to invest in the equipment and people to make that happen.”

Dara Changizi, director of ACA, says, “I knew Jes when he was at Heidelberg and went to some open houses. I could see that print and packaging firms gravitated to him and that they would listen to him because he didn’t waste your time but added to your knowledge. He will be respected by our customers because of that approach.”