The Swindon facility was the original Boxes and Packaging site, the first acquisition made by the Logson Group in April 2004.

Since then, the site that has prospered and the business moved to its latest 57,000 sq ft premises in 2015. Now, just seven years later, a further £1.3m has been invested to upscale its production facility, maximising the capabilities of the site to support the continued growth of the UK corrugated market. 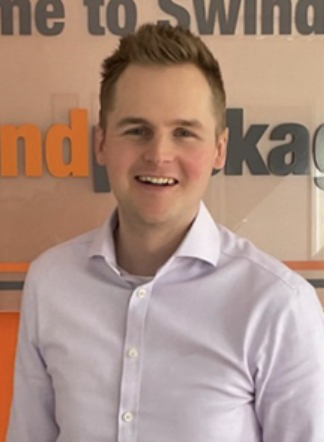 Josh Stell, Managing Director, Boxes and Packaging (Swindon) commented, “The operational capabilities of our site have been transformed with production output not only increasing, but also diversifying into additional capabilities such as multi point glued and taped boxes. This is in direct response to the demands of the UK corrugated market, as an increasing number of ecommerce retailers make the switch to corrugated packaging due to its sustainability and recyclability.”

During the nine-month project, all but three machines were relocated, and a new 3,000 sq ft mezzanine floor was installed to give additional tooling storage. An upgrade to the extractor system was necessary to reflect the increased output, and a new roller door and compressor have been installed to support day to day operations. The existing Mosca pallet strapper was upgraded and relocated and a semi-automated pallet line installed. Most significant was the installation of a new BOBST EXPERTFOLD folder gluer, taping machine, and a new Eterna die-cutter which enhanced capacity to produce e-commerce packaging without impacting on established production capabilities.

Stell continued, “Investment programmes such as this are hugely significant in allowing our business to maximise output and react to market demand, and this well executed strategy will give us even greater capacity to support customers with a variety of requirements. In addition to the support we can give to the e-commerce market, our team also creates award winning packaging solutions across a wide variety of sectors from large transit packaging to small, intricate die cut work, which has helped play a part in Boxes and Packaging being named as UK Packaging Company of the Year at the recent UK Packaging Awards.”