Hubert von Carnap, based in Windeck, North Rhine-Westphalia, has officially launched production on its new sheetfed offset press together with its customers and others who have played a role in the company’s success.

The ceremony provided an occasion to finally celebrate the company’s 150th anniversary, with the celebration that was originally planned having been cancelled following damage due to a fire. Moreover, managing director Jürgen Bergmann and head of sales, Martin Trojca, were able to share good news with employees and business partners alike: Susanne Nordberg and Katharina Steffens will be the new proprietors of the family company, now in its fifth generation. Both this, and the new technology, have given the company a future to look forward to. 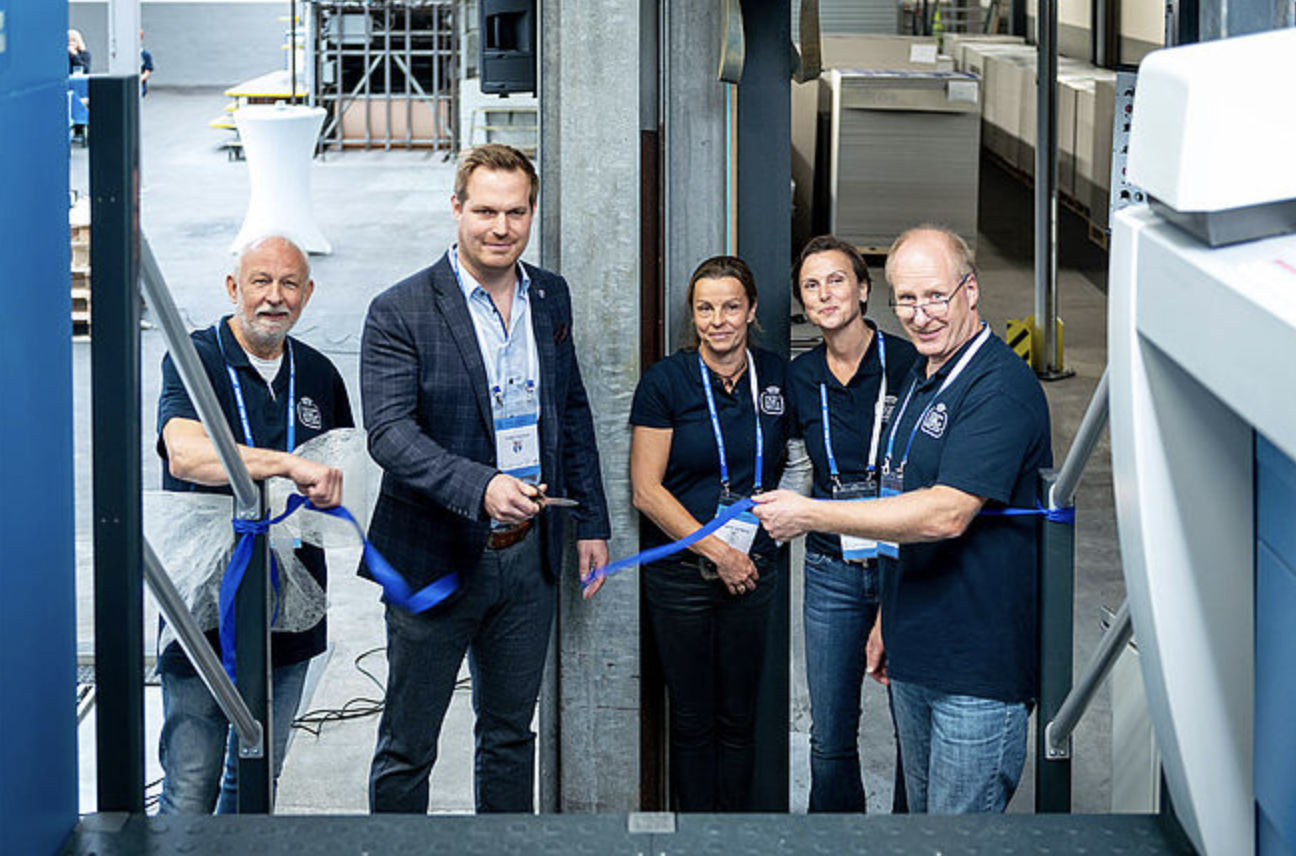 The Rapida 145 has allowed Hubert von Carnap to boost its production capacities significantly. The press for sheets with a format of up to 1060 × 1450 mm, and a production of up to 16,000 sph on substrates up to 1.6mm thick, has increased output by 40% compared to the predecessor press, which dates from 2002. Automation features such as non-stop systems at the feeder and delivery, sidelay-free infeed DriveTronic SIS, FAPC plate changers and CleanTronic Synchro for parallel washing processes all contribute to higher productivity. Quality control and regulation features are based on inline systems that use QualiTronic ColorControl and PDF check for sheet inspection, as is the comparison of the printed sheet with the customer PDF. These systems are a guarantee of high-quality print products for printers and customers alike.

Anything between 160 and 200 tonnes of board is processed by Hubert von Carnap every week. And this looks set to increase: the two new proprietors, Susanne Nordberg and Katharina Steffens, informed their staff of 50 that the installation of the Rapida 145 is the first in a series of future investments.