hubergroup Print Solutions has confirmed the opening of a state-of-the-art production plant in the Wroclaw area in Poland, which delivers to customers throughout Europe.

In the new buildings, hubergroup produces water-based varnishes as well as solvent-based inks for flexography and gravure printing and has dosing lines for offset inks including UV inks. Additionally, the site comprises a laboratory with a customer and technical service department. More than 100 employees work at this site, which is hubergroup’s central service hub for Eastern Europe. 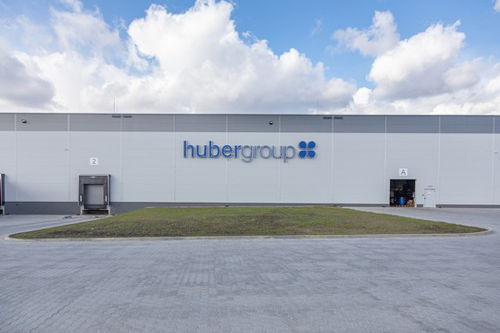 While hubergroup has been operating a mixing station in Poland since 1992, the company has now expanded the Polish branch to a production site. As a central service hub for Eastern Europe, the site also incorporates a laboratory with a customer and technical service department. It is dedicated to all types of printing inks and supports printing houses from all over the world. The site in Wroclaw is hubergroup’s third production plant in Europe – adding to plants in Celle, Germany and Bolzano Vicentino, Italy.

Janusz Cymanek, Manager of hubergroup Poland, says, “With the new plant, hubergroup has also invested in state-of-the-art facilities. We are happy that the site is now fully operating and that we can provide our customers with large quantities of high-quality printing inks and varnishes even faster now.”