DS Smith released on social media recently that its plant in Gent, Belgium, has achieved a significant milestone. The plant, which runs a Mitsubishi corrugator, has run a net production speed of 301m per min for the month of June. The Gent facility said it believes this is a record within the group. 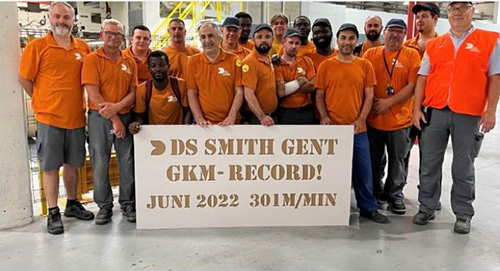 “Congratulations to the DSS Gent team for this important achievement of over 300m per min net speed during the month of June,” said Giovanni Bettini, Sales Director, MHIE. “Well done to everyone involved and I am sure you will achieve these figures – and more – in the months ahead.”