Edale has confirmed that Thai Anbao Paper Products Ltd, a leading manufacturer of the instant noodles brand ‘MAMA’ based in Thailand, recently invested in an FL5 flexographic single-pass carton press. The press was configured at 650mm wide with eight print stations with IR and UV curing.

Their FL5 carton press allows continuous production of the cup blanks in a single pass from a reel of carton board with the blanks delivered in stacks at the end of the press. The modular design and high level of automation allows the operator to consistently produce high print quality without the usual need for constant adjustment. With motorised print impression and lateral and linear-register control, as standard which is known as (AiiR) Autonomous inking impression and registration, complimented by an AVT 100% inspection system, ensures their investment is fully futureproofed. To enhance production output, a Martin Automatic non-stop unwind Butt Splicer and a Matho waste extraction system are incorporated into the overall system. 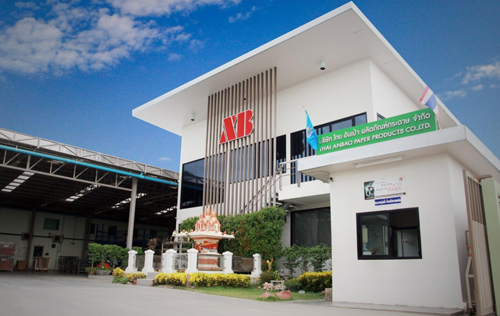 Tony Law, General Manager Edale Asia Pacific Co. Ltd comments, The reason for Thai Anbao to invest in a flexographic press was to produce multicolour paper cups to reduce their production time and ensure consistency. Before they invested in their first flexographic press, due to the large volume of paper cups, they were printed by several offset presses; however, these paper cups were not consistent in terms of colour or quality. After visiting Edale and Reel Vision Print Ltd seven years ago, the customer decided to invest in an Edale Gamma 430. As expected, the machine is still in production, running 18 hours a day, producing 30 million cups a month. As Thai Anbao are now expanding their market into other countries in South East Asian region and other countries worldwide, they decided to invest in the FL5, 650mm to increase their production further.”