Building on the success of its predecessor, the software premieres a host of new features and tools to enable prepress operators to tackle the challenges faced by businesses today. Significantly reducing the time spent on non-value adding tasks and increasing the speed of jobs to press, the new software increases packaging prepress efficiency by eliminating errors and increasing automation of the editing process. 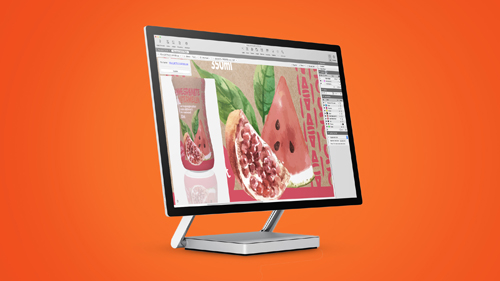 “ArtPro+ built its reputation by enabling prepress operators to reduce unintentional errors when editing and by allowing users to automate repeating tasks without the need for any special programming skills,” explained Frank Woltering, Product Manager Graphic Editing at Esko. “With ArtPro+ 20.0, we are building on these key needs to address the specific issues packaging professionals face in today’s business environment. With ArtPro+ 20.0, a new Preflight tool automatically solves potential print issues, so users can safely and precisely edit only the item that needs attention,“ said Frank. “A new aesthetic trapping algorithm closes misregister gaps and accommodates individual exceptions – making trapping jobs up to 70% faster. Action Lists and formula-driven marks concepts also now automate repeating tasks, without the need for any programming skills, benefiting those organisations struggling for skilled staff.”

Importantly, ArtPro+20.0 users that need to create endless repeats can try out a prerelease of the new optional Plate Cut tool, which reduces plate cutting preparation time by up to 30 minutes. “The optimal shape to cut a plate is largely defined by the graphic content of each separation and each job needs to be addressed individually,” he said. “Not only is creating precise cutting paths to trim plates to their optimal shape both labour and skill intensive, but historically, plates are often damaged in mounting when they are hand cut. Manually cutting plates also presents a safety hazard because of the need for an open blade. We identified that the available semi-automated solutions are not content aware, needing input from the user to redraw and improve suggested cutting paths. ArtPro+ 20.0 introduces a new, patent-pending algorithm which analyzes the printed content and finds the optimal individual cutting path for each separation. The release version of this innovation is slated for the November release.

Woltering adds, “The creation of cutting paths is now just a one-click operation, saving up to 30 minutes preparation per layout. Automating the task saves on damaged plates, while a special economy mode delivers rectangular cuts, reducing plate usage by 6%.”