Despite the fact that 85% of Brits surveyed would choose a product packaged in cartonboard over plastic, cartonboard remains in the wilderness when it comes to most English Dictionaries. However, cartonboard’s recognition as a bona fide term is set to change thanks to a new campaign by Pro Carton launched in London on 17 December 2019.

Introducing the campaign at Charing Cross Library in London, Pro Carton unveiled a larger-than-life five feet tall dictionary made entirely of the recyclable, biodegradable and renewable packaging material made by the designers at Graphic Packaging. The open ‘pages’ feature a definition of cartonboard, which Pro Carton would like to see included in the modern lexicon.

Tony Hitchin, Pro Carton’s General Manager, said, “We want 2020 to be the start of a new era for cartonboard in the UK. Cartonboard is used by huge numbers of retailers and brands, yet you won’t find it in the dictionary and when you type it – computers simply don’t recognise it! Cartonboard deserves a place in the dictionary because there are important properties that distinguish it from ‘cardboard’ – a more general term. We want consumers to adopt the word cartonboard and to help them understand how environmentally-friendly it is with our clear definition. 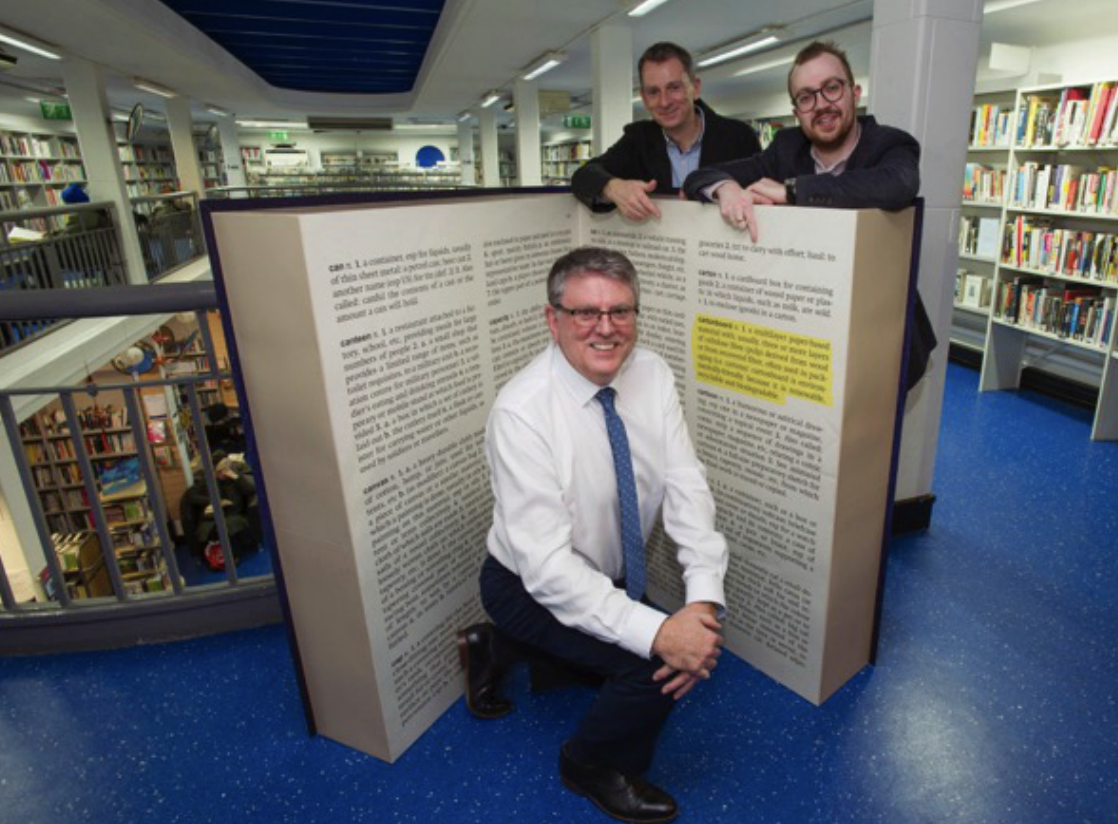 General Manager of Pro Carton, Tony Hitchin, at the campaign in Charing Cross Library with the giant dictionary made from cartonboard.