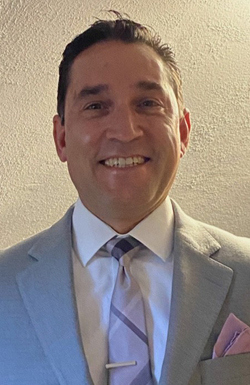 Rusken Packaging has confirmed the addition of David Ortiz (pictured left) to its leadership team; he joins as the Vice President of Operations, a new role for the company, in which he will be responsible for ensuring Rusken’s daily business practices meet operational goals with maximum efficiency.

Ortiz has been in the corrugated industry for 27 years. Originally from Texas, he graduated from the Air Force Academy in 1990. After five years in the Air Force, he entered the corrugated industry, working for Gaylord Container, and later for Orange County Container Group where he served as a Senior Executive. In 2012, after the acquisition of OCCG by Smurfit Kappa Group, Ortiz was appointed VP of Operations for SKNA, where he led 10 operations.

In October of 2014, Ortiz founded Corrugated and Packaging LLC (C&P). As President, he created a $39m company by building a sheet plant and two foam operations in Tijuana and San Diego. In late 2018, C&P was sold to U.S. Corrugated, Inc. After a brief stint with Pratt Industries, Ortiz spent his last year with HP helping transform the industry via digital printing technology.