Metal Magic was started at the urging of a friend when Brown began etching and finishing copper dies for foil stampers. Opening in 1988 with a $10,000 loan from his father, he originally operated his new company in the back of the Arizona Embossing building. Only six months later, Metal Magic moved into its own building and hired its first employee, who is still with the company today.

Metal Magic quickly became known throughout the U.S. as a leader in copper die manufacturing. That nationwide reputation rapidly increased the company’s demand for quality copper dies, and just five years after setting up shop in its own building, Brown purchased a new manufacturing plant to enable future growth. Today, Metal Magic has grown though the service and quality that were at the heart of the company Brown started. 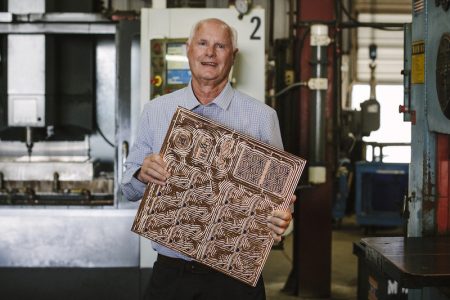