BOBST has revealed the results of its Productivity World Championship 2022, a contest held by Bobst Lyon for customers around the globe.

For a 96-hour period between June 28 and July 1, customers were challenged to produce the highest quantity of RSC and complex boxes using FFG 8.20 EXPERT and EXPERTLINE equipment. Reflecting the global diversity of customers, businesses in more than 10 countries across four continents took part in the competition.

Bobst has now revealed the winner of the Productivity World Championship 2022 for FFG 8.20 Expert and Expertline. 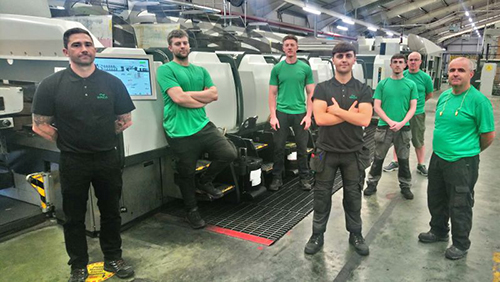 As a result, the business has scooped the top prize of Bobst spare parts inventory to the value of €10,000. Completing the podium, Zerhusen Kartonagen GmbH of Damme, Germany, was awarded second place while Seyfert Forez, based in Feurs, France, took bronze. All three companies will be invited to Bobst Lyon as part of their prize.

David Arnaud, Product Marketing Director FFG DRO, Bobst, comments, “With our Productivity World Championship, we want to prove that ‘seeing is believing’ when it comes to our FFG 8.20 Expert and Expertline. It’s about putting technology in the hands of our customers, and one of the best ways we can do that is with a challenge. Converters are naturally competitive, so of course everyone was aiming for the top prize! The competition truly puts the technology to the test and the results speak for themselves, with each of the top three finishers producing more than 1,300,000 quality finished units in a 96-hour period and seeing job change setup time in as little as four minutes. When we talk about the productivity advantages of Bobst technology, this is exactly what we mean.”

He concludes, “The result of our competition is a powerful example of what makes FFG 8.20 Expert and Expertline such an outstanding choice for high volume packaging converters in a world that relies on speed and high throughput without compromising on quality.”