During an awards ceremony in late October, the Society for Human Resource Management (SHRM) Foundation awarded its recognition in people leadership, the Tharseō CEO of the Year Award, to Bob Chapman, CEO, Barry-Wehmiller. 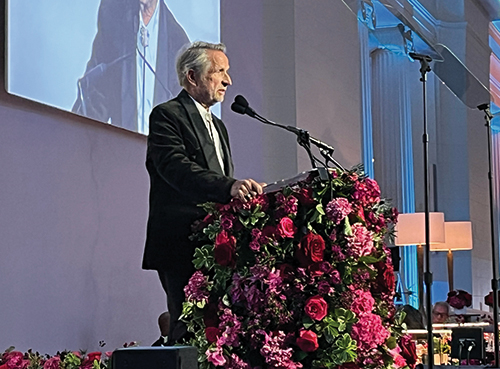 SHRM is one the largest HR professional society, representing more than 300,000 HR professionals across the globe, impacting 115 million workers and their families. The Tharseō (derived from the Greek word for ‘courageous, confident and bold’) awards are given to those who demonstrate innovative and impactful business practices leading to better workplaces.

“The Committee selected Bob unanimously for the CEO of the Year Award after considering some of the largest multinational companies on the globe because there was specific, tangible proof that the culture Bob envisioned and nurtured resulted in that rare business that has done well financially while also providing an amazing work experience for its employees,” said Johnny Taylor, Jr., President and CEO, SHRM. “BW is an exemplar employer because of Bob’s unwavering commitment.”