Bertola is New GM for Fosber 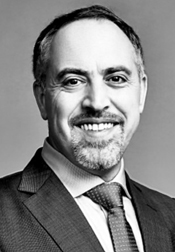 It has been confirmed recently that Marco Bertola has been appointed as General Manager of Fosber S.p.A.

Bertola has worked for Fosber in various capacities for 22 years. His latest role was as General Manager of Fosber Asia, a role he held since 2016. In his new role, he returns to Italy and is based from the manufacturing headquarters in Lucca.