Measurable factors such as population growth, economic prosperity and consumer behaviour form the generally accepted basis for predictions regarding the future demand for packaging. And the indicators are positive all over the world. In the Middle East, and especially in Saudi Arabia, an above-average increase in demand is expected. Saudi Arabia is already importing packaging from neighbouring countries.

In an economically strong and prosperous region in the east of the country, the Al Jawad Group has built up an outstanding reputation as a packaging supplier. One of Al Jawad’s specialities is flexible packaging for the food and detergent industries, while the offset printing department produces primary and secondary packaging on a diversity of substrates up to and including cartonboard and corrugated. This calls for a correspondingly broad and flexible machinery base. At the same time, the company attaches great importance to the streamlining of production processes, as a means to raise efficiency and in turn competitiveness. To this end, Al Jawad invests regularly in new and productive technologies – the last acquisition, three years ago, was a six-colour sheetfed offset press with inline foiling unit and provisions for both conventional and UV applications.

For the most recent investment round in 2017, attention was concentrated on a conventional press with the highest possible level of automation. The outcome of many intensive discussions was the decision to purchase a six-colour Rapida 106 with coater, extended delivery and HighSpeed functionality from Koenig & Bauer. Further key features of this fast medium-format Rapida are automatic non-stop pile changing and logistics systems for the feeder and delivery. In addition, the ink rollers in the fifth printing unit can be washed parallel to production. The ability to disengage unused inking units from the main press drive has already been a standard feature on Rapida sheetfed offset presses for several decades.

Ehsan Al Khars, General Manager of Al Jawad, and Abdalah Al-Hareri, General Manager of local Koenig & Bauer agency Al Kharafi, are both delighted with the excellent implementation of the project: “It is impressive to experience production speeds of up to 20,000 sheets/hour. The new press replaces three older models from another manufacturer, but still offers ample production reserves. Over the course of the project, we found that the advice given by the Al Kharafi team was paramount in determining an optimum solution. This productivity gives us the desired differentiation and necessary lead on the market.”

The new Rapida 106 lends a significant boost to productivity at Al Jawad with its high production speeds and comprehensive automation. 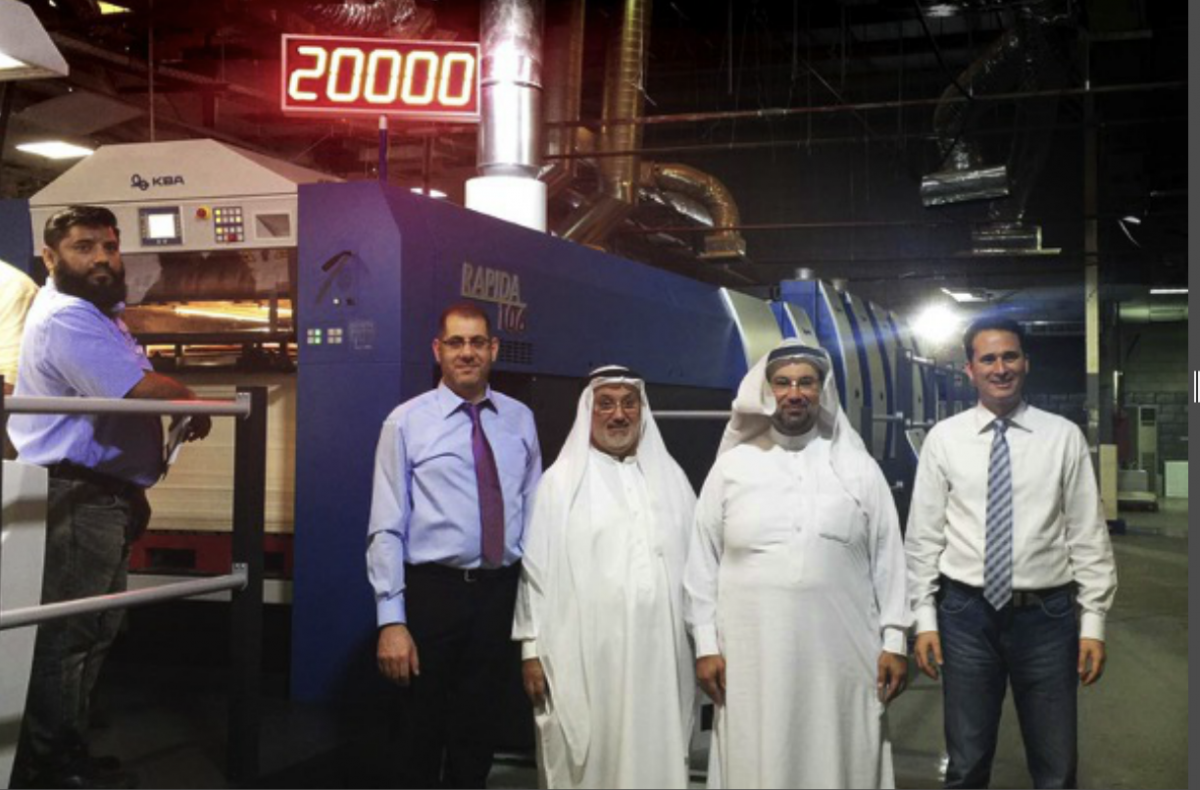