ABB has confirmed it has been appointed by Klabin to deliver the management and power distribution system (PDS) for their Puma II project, which will support their production target of 920,000 tons per year. ABB will also supply the drives and motors for the project through Valmet. 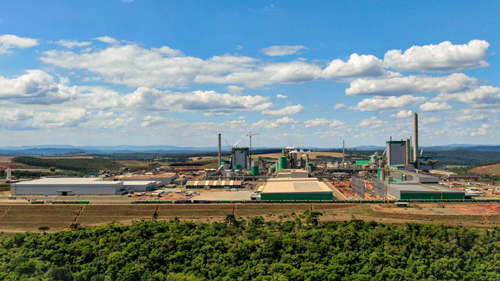 ABB will be responsible for ensuring the quality of the energy distributed to two new paper machines acquired by Klabin for the Ortigueira mill, in Paraná, to achieve their aim of increased production. ABB will apply its automation expertise through the Energy Management System (EMS), an arm of the ABB Ability™ solutions that uses the ABB Ability™ System 800xA distributed control system, the heart and brain of automation from which different applications are deployed according to the client’s needs.

Operating directly in the power generation plant, the EMS enables efficient use of electrical power and constancy and organises substantial data under one umbrella, before making it available to preventive maintenance teams. This will allow the mill to generate excess electricity for sale back into the grid on a spot basis, taking advantage of the moment of the best tariff.

ABB’s solution also features technology such as the Is-limiter, the world’s fastest power switching device, which drives reduced costs and optimised resources and is suitable for short-circuit operations in both new systems and expansions of existing systems. The panels have Gas Insulated Switchgear (GIS) technology, which are SF6 insulated, sturdy and with low maintenance, which ensures the isolation and protection of transmission and distribution equipment for high and medium voltage electrical power.

The collaboration with Puma II is an expansion of the previous ABB system provided in the Puma I Project in 2014. Klabin is able to take advantage of the same planning, and part of the existing Puma I infrastructure, by completing a systematic interweaving in power management.

The first phase of the Puma II Project was completed with the start-up of PM27, which will produce Eukaliner® kraftliner made 100% from eucalyptus fiber, providing the market with 450,000 tons a year.  The second phase of the Puma II Project involves the construction of PM28, a modern and sophisticated paperboard machine that will increase production to meet the growing market demand for packaging papers. Scheduled for delivery in 2023, PM28 will have an annual production capacity of 460,000 tons and will consolidate Klabin’s position as a global producer of paperboard for liquid foods (milks and juices) and processed products, continuing the company’s continuous growth and expansion plans.

“The continuation of Puma I to Puma II reflects our long-standing and successful partnership with ABB and is an important step in reaching our production target of 920,000 tons of Kraft paper and paperboard per year,” said Gabriel Alves Lemes, Electrical, Instrumentation & Automation Manager, Klabin. “The automation of ABB’s electricity management will deliver both cost and space savings and reduce the mean time between power supply interruptions which means that, with regular preventive maintenance, corrections from failures are rare.”