50 years for THIMM at Castrop-Rauxel

In early September, THIMM Group celebrated the 50th anniversary of its site in Castrop-Rauxel, Germany. For the company, it was a special anniversary, because the location was the first major expansion location for the business. 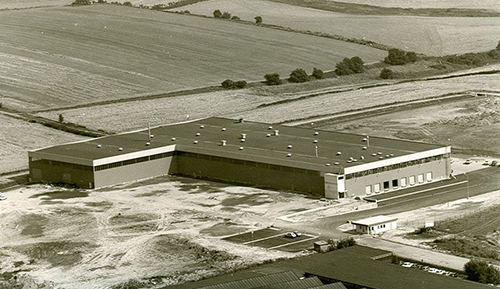 Twenty years after the company was founded, company owner Walter Felix Thimm decided to build a second plant in order to expand his company. The choice of location fell on the Ruhr area; in the west of Germany, a good market would open up and from there, major customers could be supplied directly. At the same time, the state of North Rhine-Westphalia put out to tender a settlement programme for companies from the non-mining sector. 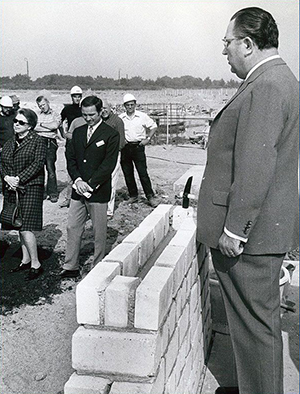 Walter Felix Thimm bought a 60,000 sqm site in the Merklinde industrial area in Castrop-Rauxel. In 1970, he signed the purchase contract, with the then technical director, Udo Welschlau, who helped plan the plant.

The laying of the foundation stone was celebrated in 1971. A corrugated board factory was built on a greenfield site. In the picture (on the left), Walter Felix Thimm is seen laying the foundation bricks, with his son and shareholder Klaus Thimm in front of him. Start of production began in August 1972, with 41 employees starting their work and the first corrugated sheet was produced.