Features > We ask the questions – David Richardson of Rigid Containers 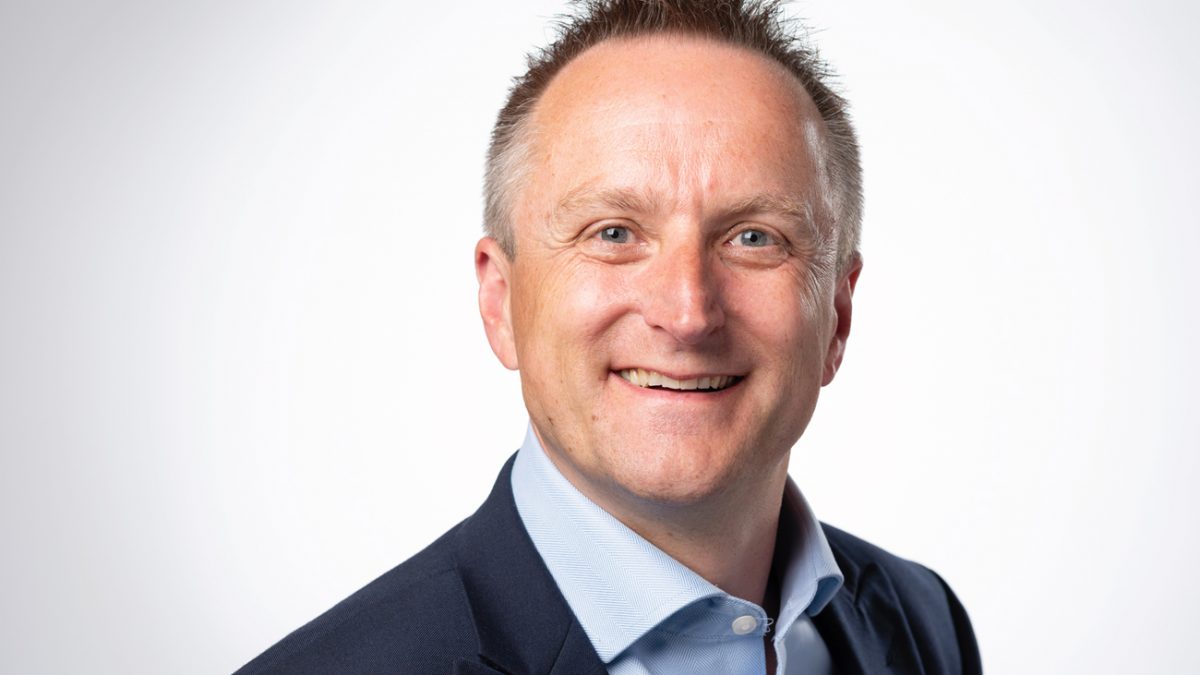 We ask the questions – David Richardson of Rigid Containers

It is definitely starting to feel like the new normal – another Skype meeting. Although we have met on a few occasions, doing interviews remotely still doesn’t quite feel the same when you are trying to really get to know someone, particularly someone with a high profile like David Richardson.

He took over the reins from the inimitable Richard Coward in 2019, as Richard decided that after a decade in the role, it was time to step down and hand over the business to someone with fresh and new ideas of how to keep Rigid on the rapidly accelerating trajectory that it has enjoyed for some time now.

I wanted to know how David had been enticed into the role, as he had been a senior player within DS Smith for some time. I also wanted to know what it was like moving from the ‘bureaucracy’ of a major integrated to the ‘freedom’ of a stealthy and agile independent.

“I have been in the corrugated industry for over 25 years and most of that time has been within the integrated sector,” he says. “The funny thing is, I had never stepped foot inside a Rigid factory, even though I had competed against them for many years. The company’s reputation has certainly changed over the last decade, from being a ‘stack it high, sell it cheap’ supplier to becoming a real purveyor of top quality corrugated packaging. Richard Coward and his team of senior managers really turned the business around, pretty much doubling the turnover during his tenure.”

David continues, “It is sometimes hard to maintain dynamic enthusiasm when you have been in a role for a decade and Richard approached the owners of VPK to say he felt it was time to bring in the next person for the role. I joined as Group Managing Director in June 2019 and spent a few months with Richard transitioning the role.” 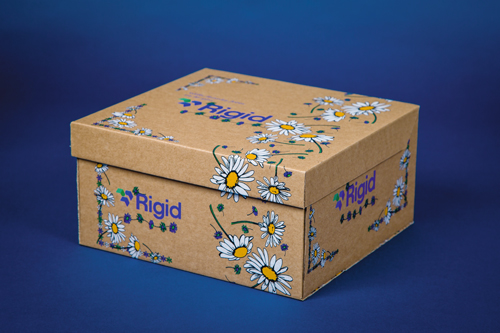 More of The Same?

It must be hard to come from one culture and try not to influence the culture of the new business with old habits. “The last thing I wanted to do was to try and change the culture to one that I had been used to in my previous roles,” says David. “Rigid has prided itself on not being a ‘mini’ version of a big integrated and it is important we keep this ethos. Our ability to service customers, big and small, within the rich seam of the middle part of the market is key to our success. Fast response times, excellent customer relationship and the ability to ‘stock & serve’ makes us appealing to new and existing customers alike.”

But there must be some things he brought with him in his toolbox? “I learned a great deal within my previous roles and I like to think that some of my experience can help Rigid continue to grow,” adds David. “For example, we have developed the already good levels of safety and made them excellent levels of safety. I want us to lead the way in staff and operator welfare, as a safe team is an effective team. I also want to continue supporting the teams at each site as they strive for ‘best in class’ in terms of machine outputs. The performance levels of each plant are analysed carefully, but also constructively. We don’t pit them against each other in league tables, as this is counter-productive and creates barriers for transfer of knowledge. Sharing of best practice is something that we continue to foster. The transfer of skills between our teams is one of the reasons we get new equipment up and running to speed so quickly. For example, we installed a Mitsubishi EVOL at Wellington recently – we used our teams from Selby to help train the operators at Wellington and this resulted in what the supplier has confirmed as the most successful and rapid start-up of this line anywhere in Europe. This is something the team is really proud of and is proof that internal sharing of best practice is worth its weight in gold.” 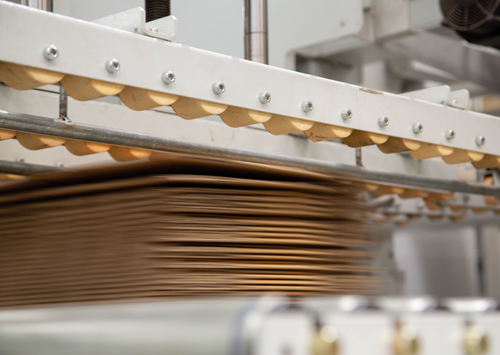 “VPK Group is well known for its short lines of structure and its autonomy by region,” says David. “But like any family owned enterprise, growth also brings the need for adaptive change. The company put in place Wim Messiaen as a new Divisional CEO for the Corrugated Packaging Division. Like my counterparts in other countries, I report in to Wim, as I represent the UK and Ireland business unit, with our facilities in Desborough, Selby, Wellington and Limerick.”

What about the culture within the business? I wanted to know how David felt when he arrived at Rigid. “To say I was impressed with the can-do attitude and the overall culture would be an understatement,” he says. “From the shop floor to the board room, the attitude of ‘customer first’ is very visible. The team don’t seem to get phased by tough jobs or issues – they simply get on with it and I think that is what our customers appreciate.”

Rough and The Smooth

The industry has been hit hard by the COVID-19 pandemic – not necessarily by loss of business, but the rigorous operating guidelines and pressure on the overall supply chain. Had this affected Rigid as well? “We are very fortunate that around 85% of our customer base is in the food and drink sector and as you know, this is a pretty robust sector, even during these challenging times,” confirms David. “My sales team, headed by Julian Freeman, have been working even closer with customers over the last three months, trying to help them navigate the complexities of an agitated supply chain. It hasn’t been easy, but on the whole, we seem to be doing a pretty good job.”

Had there been any blips in performance or anything that he wished they could have done differently? “I took over the business in really good shape and the first few months in the hot seat were comfortable and exciting. But we did have an issue within the business as we migrated our planning and business platform to SAP,” explains David. “It is a massive undertaking and unfortunately, some of the components did not role out as effectively as we had hoped, meaning that there were times that we let down some customers. However, we wanted to ‘own’ this situation and we invested many man hours in getting it right and we then had to set about rebuilding the trust of those that we let down. We are still working through the ramifications but I am happy that we have made the right move and we now have the same platform as the rest of the companies within VPK Group, which certainly helps us as an organisation as we compete on a pan-European playing field and link up with our partners with the Blue Box Partnership.” 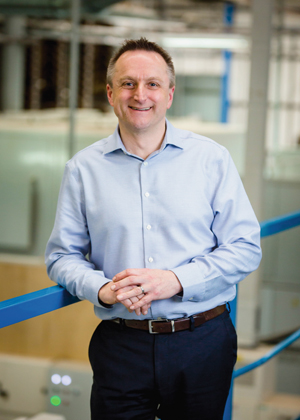 David has no doubt that the outlook for Rigid over the next decade is good. “We continue to win new business,” he concludes. “Thanks to on-going investment plans that we will reveal soon, we are confident that there is a bright future, even considering the impact of COVID-19 on the economy and society in general. We have a great management team, including Julian Freeman as Sales & Marketing Director, Commercial Director Kirsty Garfin, Finance Director Saqib Khawaja, HR Director Sonia Card, Group Operations Director Paul Barber and UK Operations Manager Jon Jinks, with Mark Munnelly as General Manager in Limerick. Our sites have exceptional leaders, with Paul Hill at Wellington, Paul Johnson here at Desborough, Toni Ellis at Selby. I could not want for a better team and hope that we continue to evolve and challenge the status quo.”