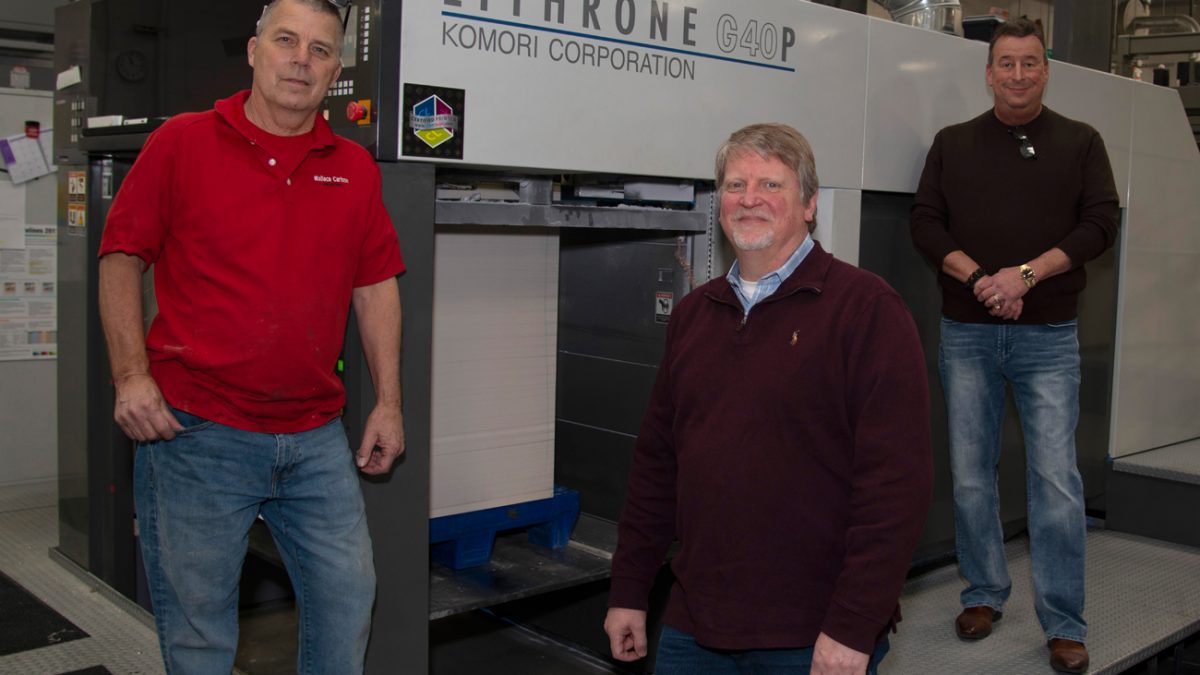 Wallace Carlson Printing has continued to grow and expand on Chief Operating Officer, Charlie Cox’s 2016 vision to bring the company into the world of folding carton packaging. As part of a phased, $4m investment in capital equipment and new technology, the company is now advancing its automation capabilities and driving a competitive advantage with its latest investment, EFI™ PrintFlow® dynamic scheduling software.

In 2016, the move into folding carton began when the company installed the Komori 40” eight color H-UV printing press, with the goal to increase efficiency and speed. “We had to get faster all the way around to get product out the door more quickly,” said Cox. “We took a huge risk replacing three old presses with the new Komori, but it paid off.” That investment was so successful that it resulted in the plant’s throughput increasing by more than 20%, within the first 16 months. 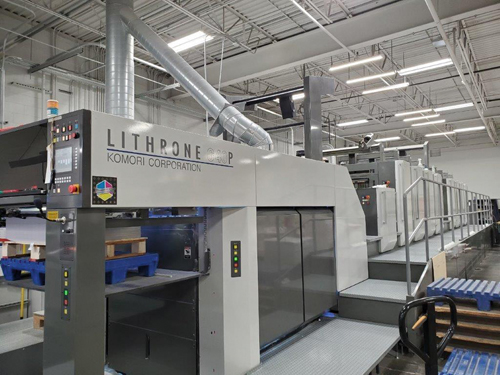 Following the investment in the press, they installed a Brausse Tornado 106CE high-speed die-cutter and a Brausse TA900 folder gluer to keep up with the speed of the Komori press and eliminate the bottleneck it had created. Along with increased efficiencies and speed, set up times were also greatly reduced. “As we sit today, almost everything has been realized in terms of our goals for the first round of investments. Now we’re looking at a possible second round going into 2021,” said Cox. 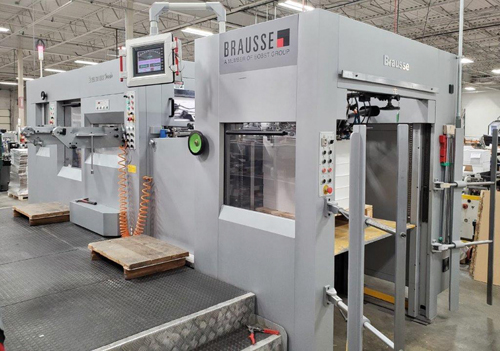 “We’ve always strived to be on the cutting edge of newer technology, software, equipment, and automation,” said Cox. “That was always our differentiator – pulling away from the rest of the pack and putting ourselves in a little bit of blue water.”

Cox focused on training and streamlining processes and procedures to ensure that the company was mastering and making maximum use of its existing Midmarket Print Suite workflow capabilities. Enhancing scheduling was the next logical step for the company.

Most recently, in September 2020, the Minnetonka, Minnesota-based company, took the leap toward the advanced, dynamic scheduling, purchasing EFI PrintFlow software for the workflow Suite. “We knew the time would come when we’d have to implement more of an electronic scheduling module,” said Cox. “We looked at the other offerings in the marketplace, but PrintFlow just seemed to really dominate. And, with its compatibility with Pace, it just made perfect sense to bolt it on and tie it all together.”

“The great thing about PrintFlow and PACE is that they communicate together so effortlessly,” said Holly Blades, Wallace Carlson Printing HR and Administrative Specialist. “It’s an easy, efficient way to get information out of PACE. It’s so smart. The real-time analytics are allowing us to make immediate changes and we are learning what works and what doesn’t.” 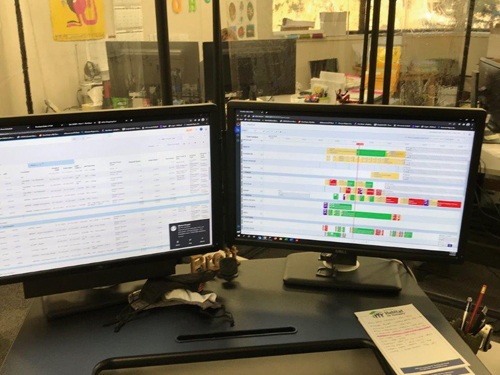 The company has previously been scheduling jobs manually, which can be time-consuming. With PrintFlow, the scheduling process will be more concise and transparent.

“The intuitiveness is one of the most exciting things for me. I’m a firm believer in technology, robotics and automation. If you’re not making these types of changes and looking forward to utilizing these technologies, you’re not going to grow your business,” said Cox.

He continues, “What we’re experiencing today is not uncommon in a company experiencing growing pains and we’ve had a nice growth trajectory for probably the last three years. Even with the pandemic and everything that’s going on in our world today, we’re still going to post some growth this year.”

The PrintFlow investment will help Wallace Carlson tighten up internal processes, ensuring that growth does not come at the expense of productivity. 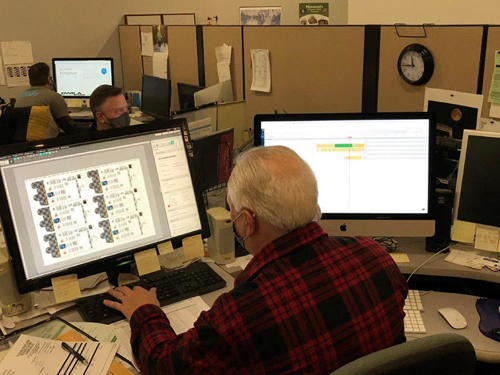 PrintFlow generates automated, up-to-the-minute run lists and can create optimal production paths to help users build a better, more profitable, and more efficient business. At Wallace Carlson, the software will allow for the synchronization and sequencing of orders based on job characteristics and production constraints, eliminating guesswork and manual juggling of scheduling variables.

“I’m really optimistic we will see efficiencies in all areas, including tighter scheduling in our press department, and less non-chargeable time, which could be in any department,” said Cox. “We spend a fair amount of time in the company asking, ‘What’s next?’ ‘Is this ready?’ ‘Is that ready?’ You add that up over a year, and it’s a lot of wasted time.”

Wallace Carlson expects its customers to benefit from this investment, according to Cox. “The ultimate goal here is customers will see a faster return on their marketing investments. In the grand scheme of things, clients will be able to get their product to market faster, which is a win-win for us and them,” he said.

Cox plans for a possible future round of investments happening in 2021, including another Komori press. “Our goal was to fill that first press up. When you’re running 7 days a week and 24 hours a day, you can ROI a second press fairly easily. We’re at that point and we know it’s time,” he concludes.