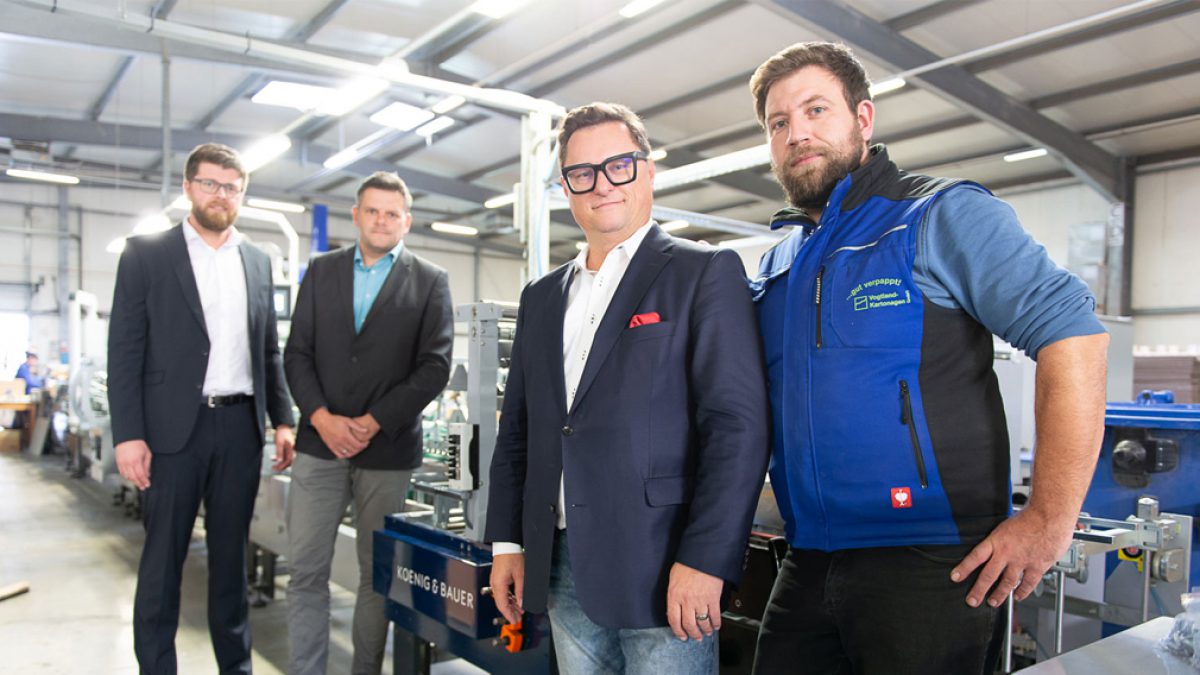 It could be said that Vogtland Kartonagen, Reichenbach, Eastern Germany already foresaw Koenig & Bauer’s recent activities and company acquisitions relating to the packaging market many years ago. The company has been using die-cutting equipment from Iberica since 1998. The original purchase was replaced with a newer model in 2005. One year later, the first folder-gluer from Duran was installed. In the meantime, both suppliers have been integrated into the Koenig & Bauer Group. Alongside these developments, large-format sheetfed offset presses from Koenig & Bauer have been the printing machines of choice since 2002.

Over the past two years, managing partner Hagen Sczepanski has been investing once more. Given the very good experience with machines from Duran and Iberica, he saw no reason to take his custom elsewhere. An Optima 106 was installed in 2017, and an Omega Allpro 110 went into production just a few weeks ago. 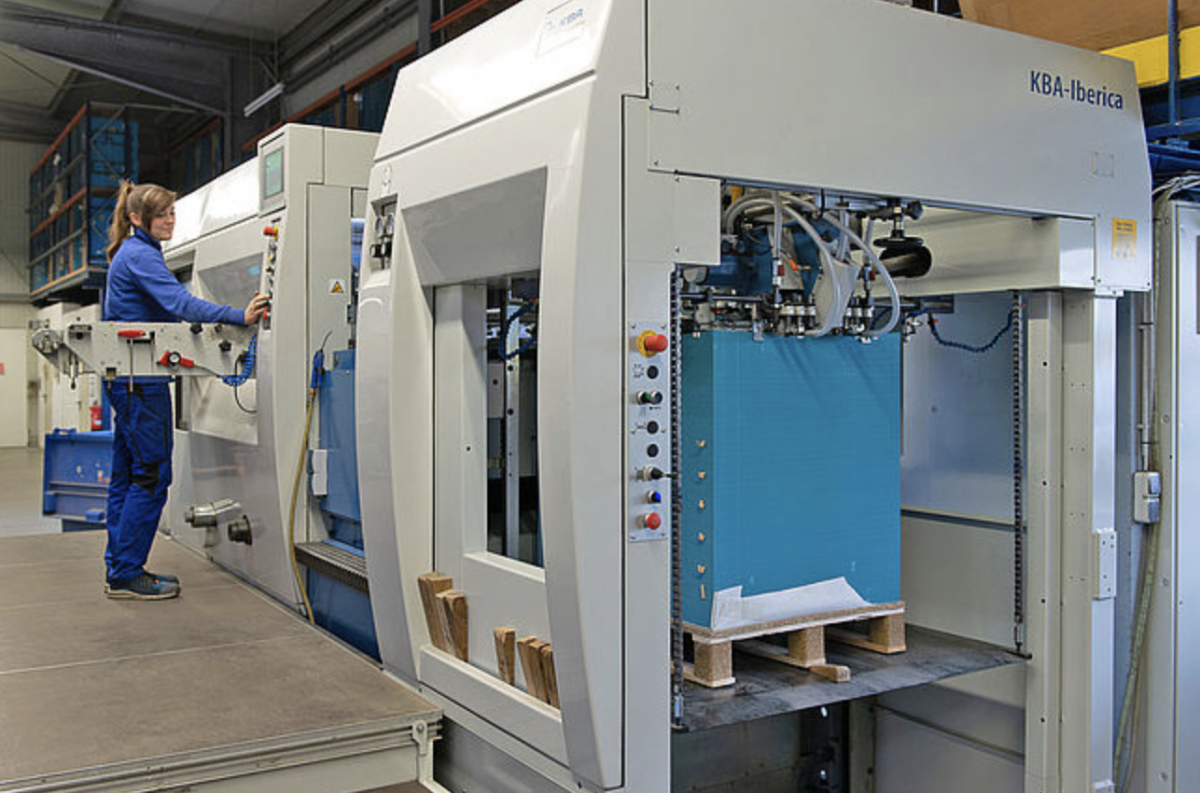 Both machines naturally incorporate significant further developments compared to their predecessors. The Allpro from Koenig & Bauer Duran implements many of the ideas and wishes resulting from 10 years of production with the earlier machine. Hagen Sczepanski says, “Many of the things which we had identified as desirable improvements to a folding carton gluer, irrespective of the manufacturer, have already been integrated into the Allpro. The feedback between users and Koenig & Bauer Duran functions perfectly.”

Meetings ahead of the first investment already left a lasting impression. “I was asked how many reference installations I wanted to visit,” Sczepanski recalls. As many as 20 were offered almost immediately. “We looked at several different folder-gluers, visiting printers who were working for pharmaceutical companies and thus boasted a configuration with all the bells and whistles, as well as simpler businesses where higher-volume production also ran like clockwork day after day.” 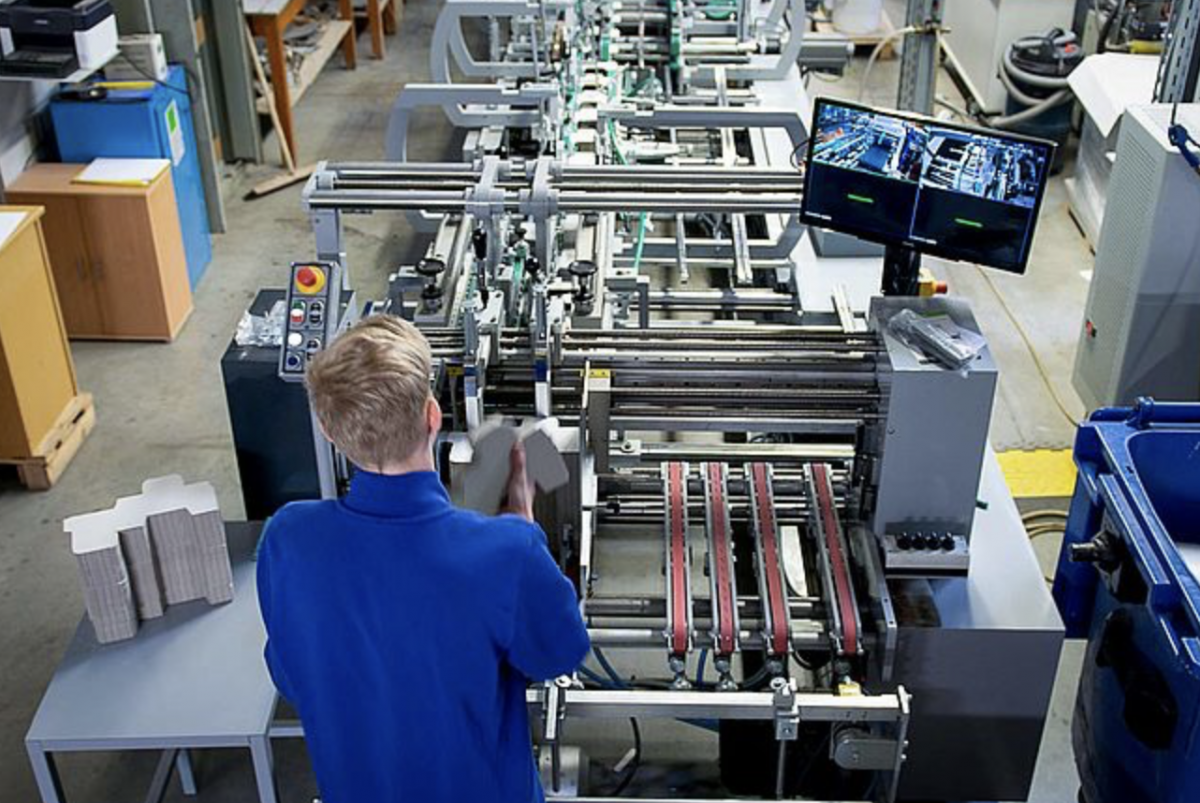 ”Even though the new Allpro has only been in use for a few weeks, it has already enabled an increase in output of around 20%. This is attributable firstly to the high production speeds, which in some cases can only be maintained by deploying additional personnel to remove the boxes. At the same time, the fast changeovers between different constructions, formats and materials are convincing. If the box construction remains the same, most of the work is done in just 15 to 20 minutes. But even for a more complex changeover, for example between different styles and materials, the make-ready for a brand-new job does not take more than two hours,” adds Sczepanski. 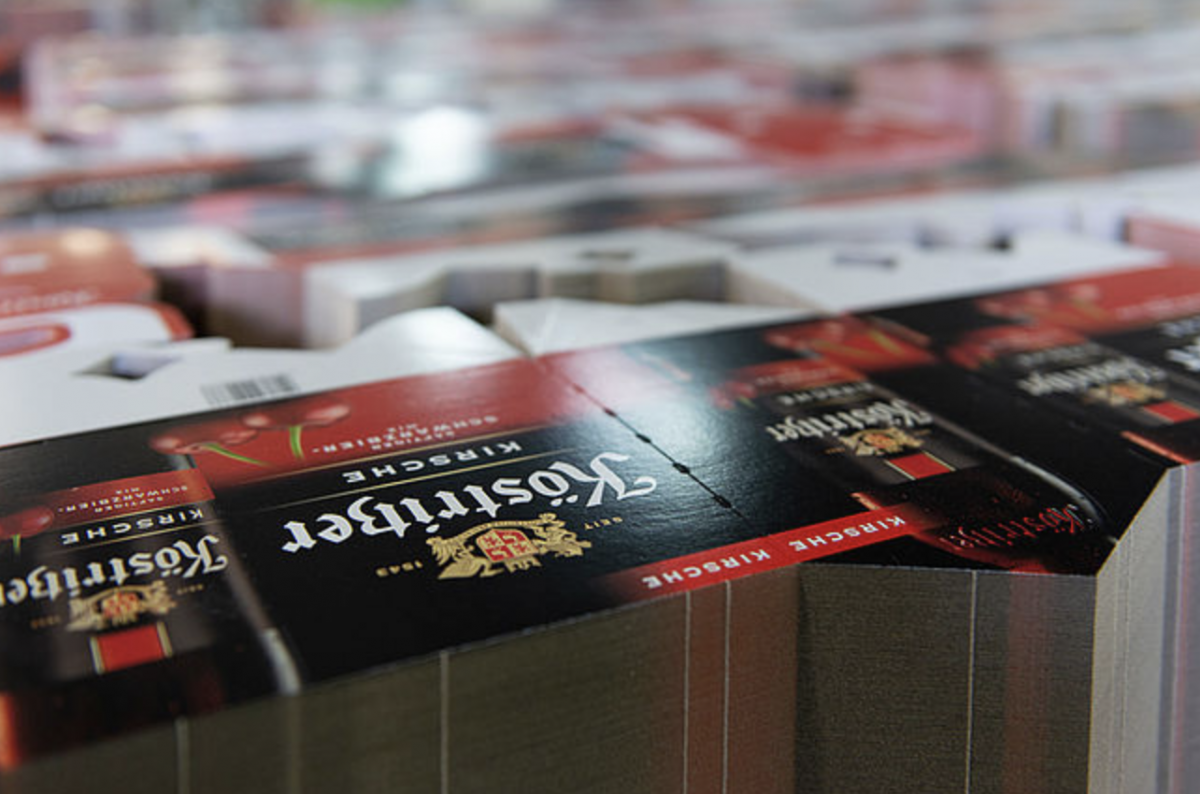 Positive experience with the Optima

With regard to die-cutting technology, the specialists in Reichenbach have no doubts that they have backed the right horse. During the 12 years in which they operated the previous machine, there was only one breakdown of any note – and even that was rectified in next to no time. With the purchase of the current Optima, performance parameters could be raised by another 20%. Sczepanski also describes the cooperation with Koenig & Bauer Iberica as uncomplicated. He says, “We travelled to Iberica and explained our wishes. The operators from here and the mechanics from Iberica then discussed everything on equal terms. By the time the machine was delivered, all the open points had been dealt with and we received exactly the machine we wanted.” 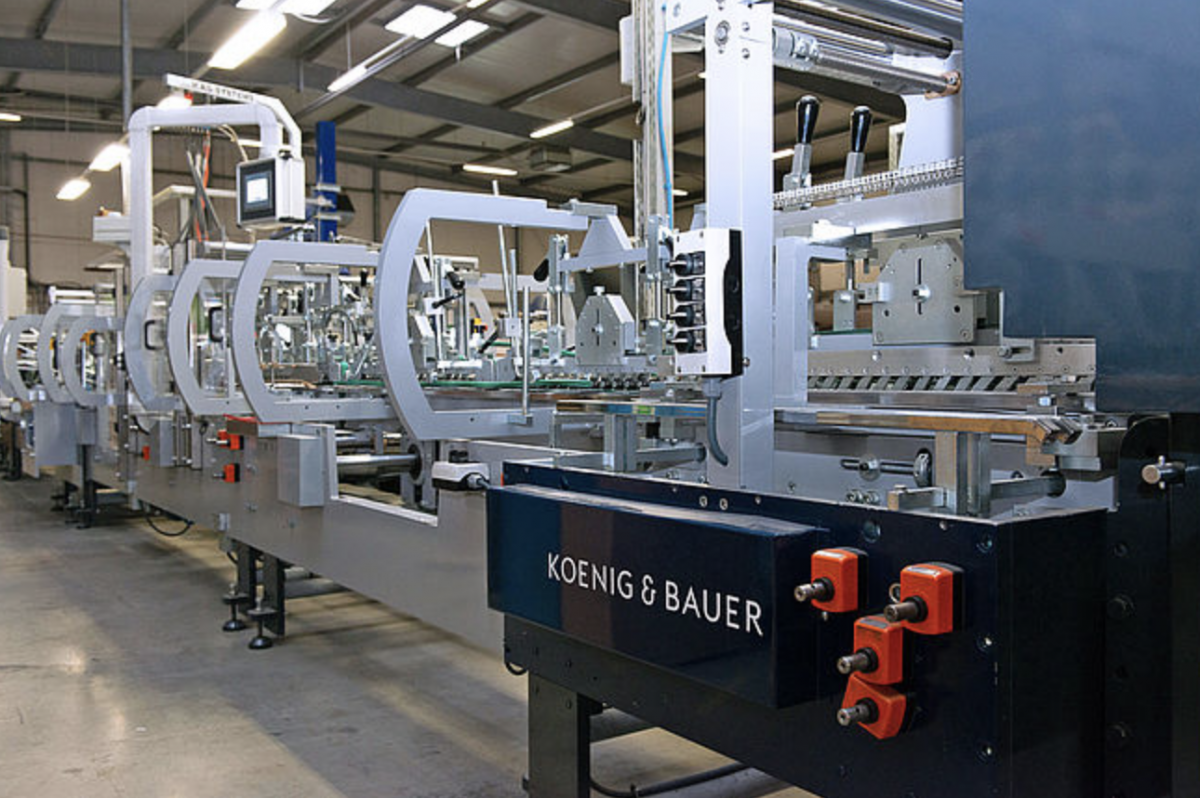 Economical alternatives to the mainstream

Like the Allpro, the Optima has fulfilled the company’s expectations in every respect. Sczepanski continues, “From my experience, the price-performance ratio is simply fantastic.”

Sczepanski welcomes the integration of the two manufacturers into the Koenig & Bauer Group. Service is easier to coordinate under the single umbrella of the press manufacturer than with separate companies. Furthermore, spare parts deliveries should arrive faster when they are dispatched from Germany. And the investments can also be expected to retain a higher long-term value compared to products from a smaller, independent supplier.

Up to 70 million units of packaging each year

Vogtland Kartonagen is continuing a century-old tradition of packaging production in Reichenbach. The 40 employees produce between 50 and 70 million units of paper, solid board and corrugated packaging every year. The customers are primarily SMEs from various branches of industry, for example brewing, medical equipment, agricultural and food products or fasteners. Products are supplied throughout the German-speaking regions of Europe.

As was already the case when the “Green Dot” scheme was introduced, Hagen Sczepanski sees the current ecology debates as a major opportunity for solid and corrugated board packaging. Everyone wants to replace plastics wherever possible. “We promise appropriate solutions for environment-friendly packaging,” he says, “and can respond flexibly to every product and customer requirement.” 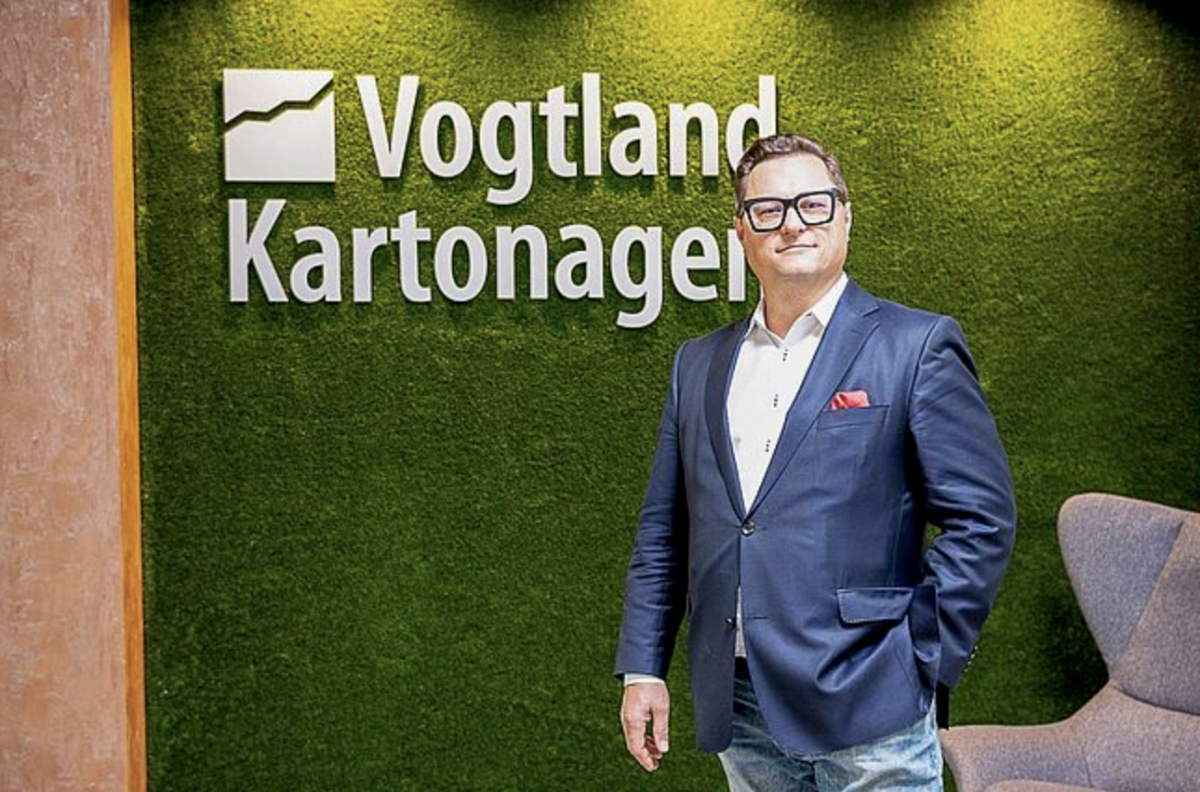