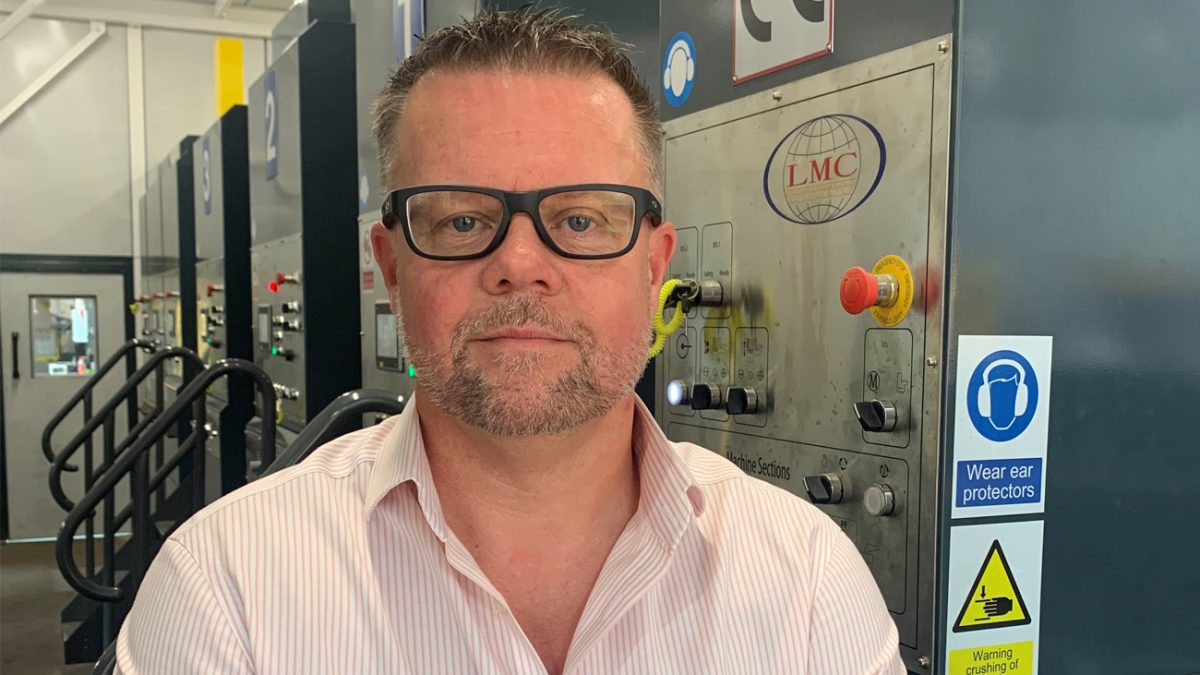 Third LMC for The Box Factory

Having supplied corrugated products to a wide range of industries from the automotive to medical and food for 30 years, Royal Leamington Spa-based The Box Factory has established itself as one of the larger sheet plants in the UK.

Established in 1992, the company is owned by Jeffrey Phillips, Philip Rowberry and Managing Director, Neil Price. “We produce a wide range of corrugated packaging solutions, servicing customers typically within a 75-mile radius,” explains Price. “We have customers within the medical, food, retail, automotive, furniture and e-commerce sectors and more than 70% of our customers utilise our ‘stock and serve’ facility.”

Today, the company generates almost £24m in sales, employing 100 people across a two shift operation and operates from 120,000 sq ft of manufacturing and storage space. Now let’s put this into perspective – when I visited the company in 2018, they were churning out £12m in sales, so effectively they have doubled in size in four years – impressive. But let’s ask how this has happened – and there is no doubt that the £4m invested in equipment in 2017 and 2018 has made the difference.

“We have certainly come a long way in the 30 years we have been in business,” reflects Price. “We were originally set up like most other small sheet plants, with basic flexo print and die-cutting capabilities. But the one thing that allowed us to take a massive step forward was the addition of not one, but two Latitude PP1230 flexo folder gluers since 2015. We had been working with David Williams and his team at GTS Europe since 2013 on a few small projects and then David convinced us to go and look at a Latitude in action at a plant in Germany. We weren’t convinced it would be the right move for us, as a big casemaker like a PP1230 needs a lot of work to keep it satisfied. But once we saw the machine in action, we placed an order and the first of our LMC lines arrived in 2015.” 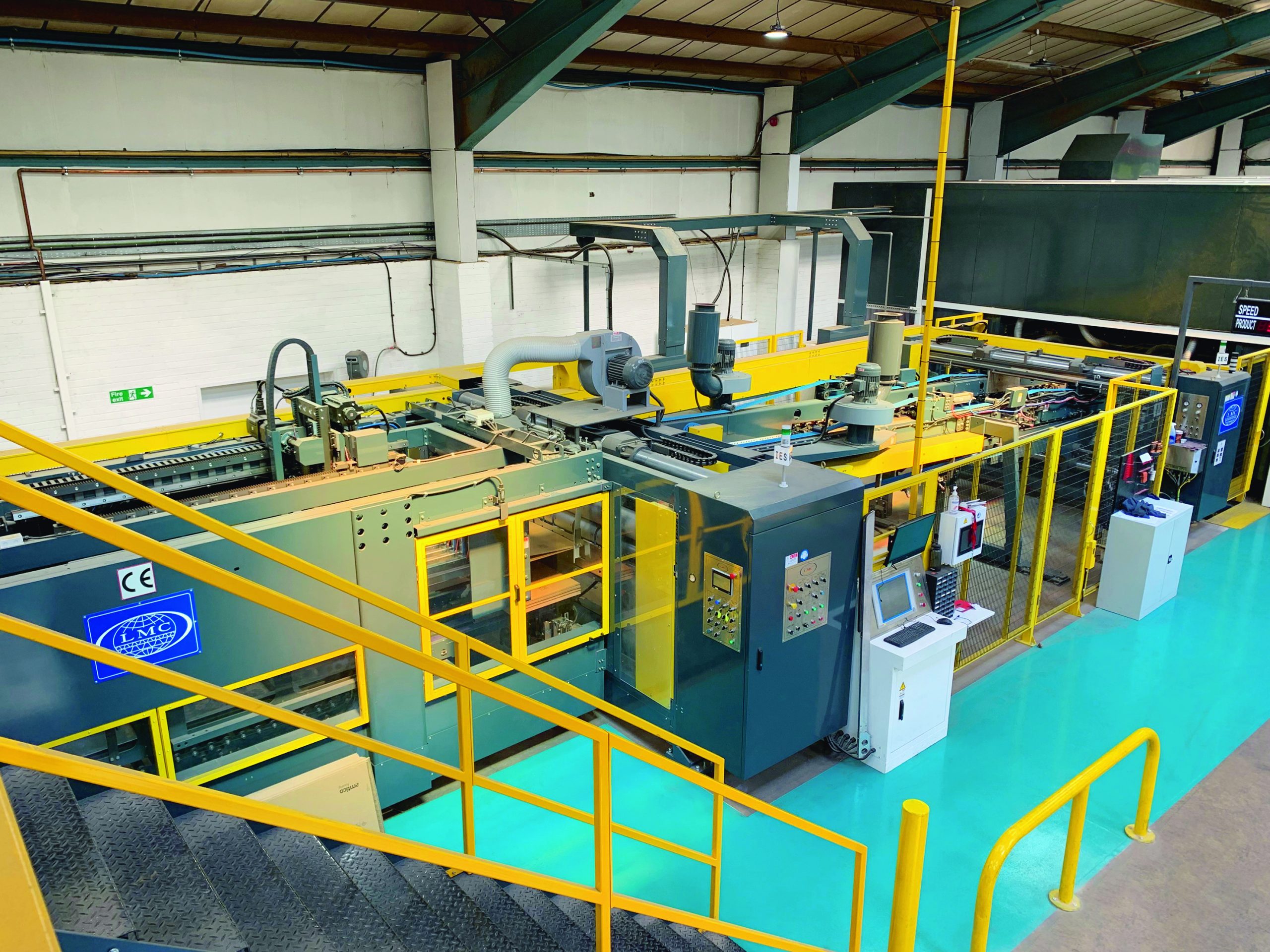 “We had put the first line into a stand alone manufacturing unit, a couple of hundred metres from the main factory and offices,” explains Price. “We had figured that if business continued to grow, we would probably need a second line, so we laid out the first line with a view to adding another machine at a later date, complete with ancillaries.” The second machine arrived by the summer of 2017 and allowed the company to continue its rapid growth.

But with that factory unit now full and the need for a third machine, the owners were faced with a bit of a conundrum; where to put the new line? “We took a long, hard look at the layout of our main factory and we realised that there was an area of the factory that was running an old flat bed die-cutter and a printer slotter which could be re-purposed. We worked with David and the Emmepi Group engineers in creating a new layout for that part of the factory and soon realised we could get the new LMC with conveyors in comfortably.” 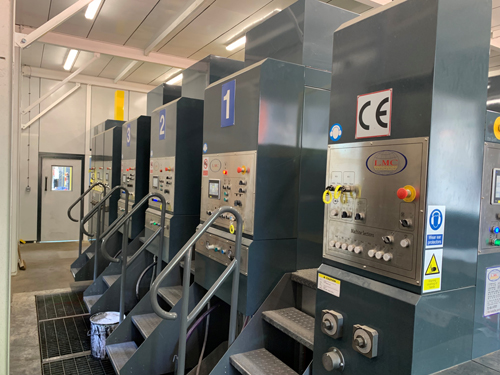 So started the project in late 2020, less than six month into the COVID-19 pandemic. “Not ideal timing,” jokes Price. “But thanks to our own engineering team and the GTS and Emmepi engineers, we were still able to have the whole project completed by the final quarter of 2021.”

The new PP1230 is equipped with three print units and final dryer from JB Machinery. The line is automated, with a complete Emmepi take-off and materials handling system. Integrated into the line is a PC Jogger bundle strapper, palletiser with automatic pallet inserting system. The line is fully automatic and integrates into the finished goods line, with PR2-2L end of line pallet press. 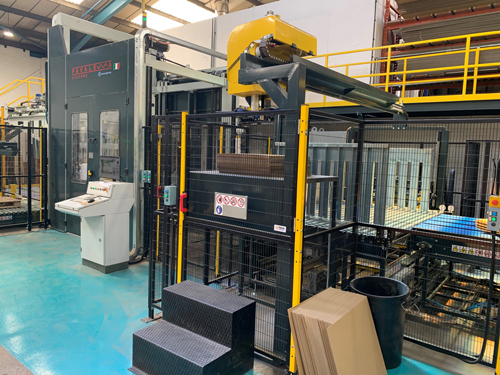 “We chose to stick with similar machines for a specific reason; interchangeability. Having similar machines means we can switch around operators, stereos, formes and even use the same stock of spare parts, without any worries,” explains Price. “All three machines are running flat out and the efficiencies are impressive, as all the crews are so well familiarised with Latitude equipment now.”

Price continues, “The other thing we really like about the PP1230 from Latitude is that it is just as comfortable running big, bulky boxes as it is smaller format cases. It is a really versatile flexo folder gluer, with really good folding accuracy too.”

“The Box Factory is just one of a growing band of UK corrugated box plants running multiple Latitude casemakers,” says David Williams, Managing Director, GTS Europe Ltd. “Running three of the same machine makes a lot of sense on many levels and this now makes The Box Factory one of the largest users of Latitude machines in the UK. And of course, we are excited about the next stage of the project too, with more equipment being installed later this year.” 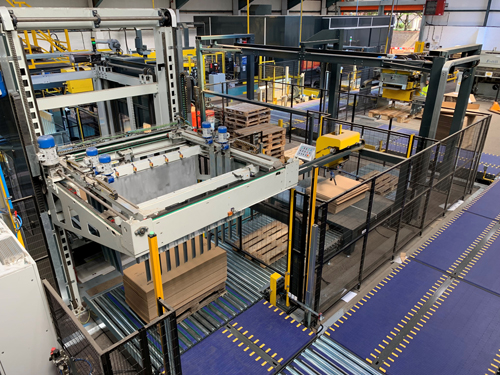 There is no time to rest on their laurels, obviously! “We are expecting delivery of our first ever rotary die-cutter soon,” concludes Price. “As a ‘traditional’ sheet plant, our production has always been focussed on flat bed die-cutting and inline casemaking, but now we need to add rotary die-cutting to the mix. We are expecting delivery of a Weipong flexo rotary die-cutter in the final quarter of the year, with inside/outside print capability. With the growing market for e-commerce boxes, this new machine will allow us to run this style of box in a single pass, printed on both sides. It will significantly reduce the pressure in our flat bed die-cutting department and we are excited to be one of only a handful of companies running this machine in Europe.” 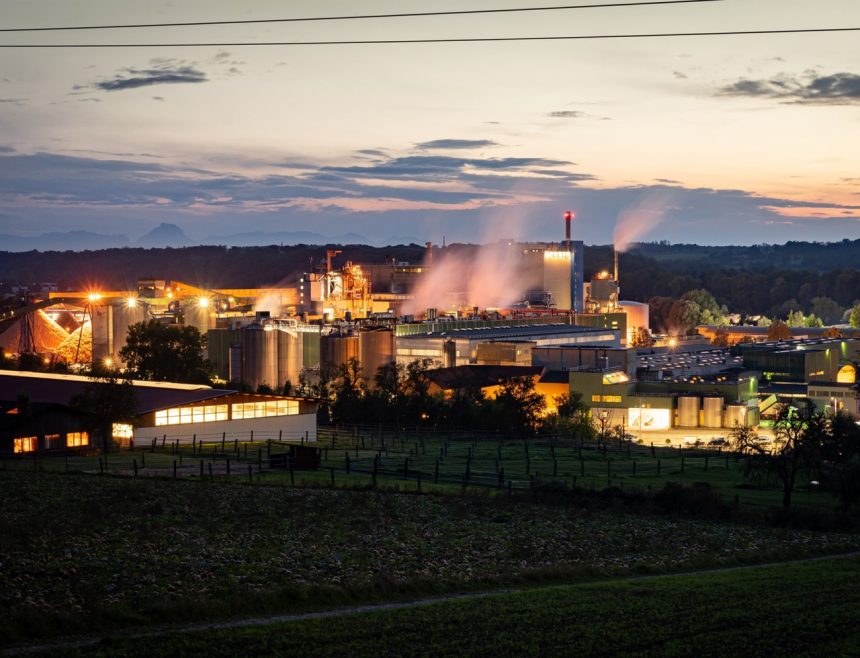 Paper mill to provide heating for homes in surrounding area. 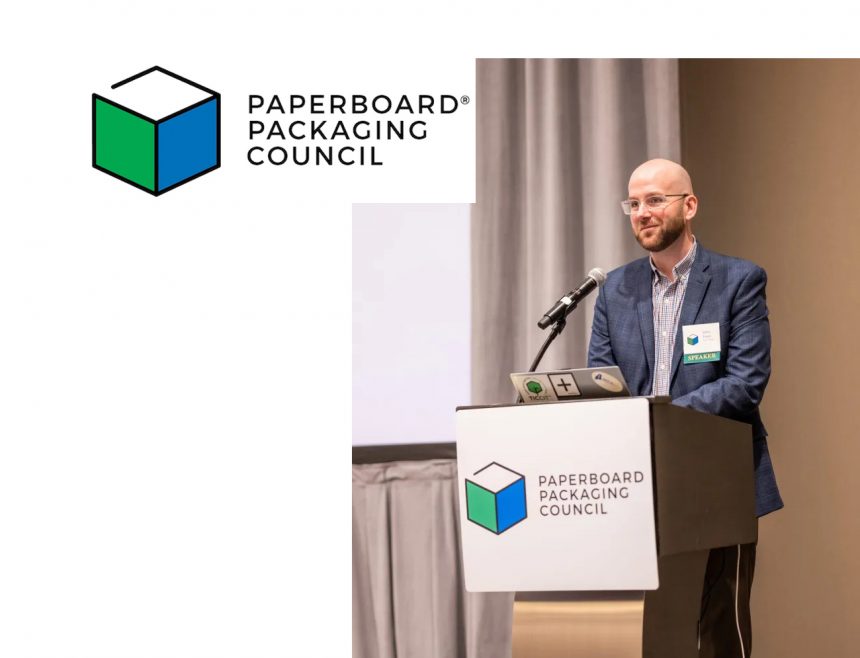 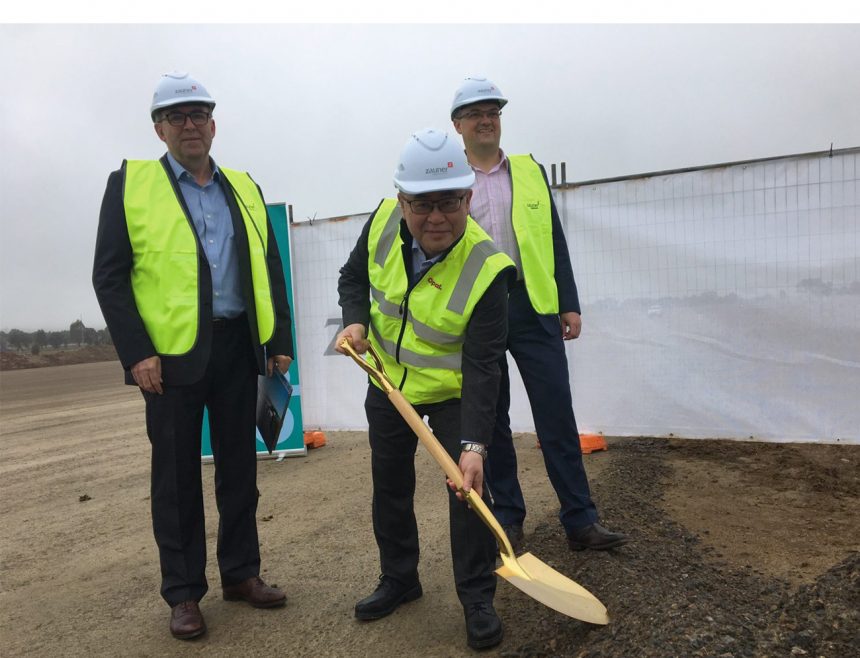 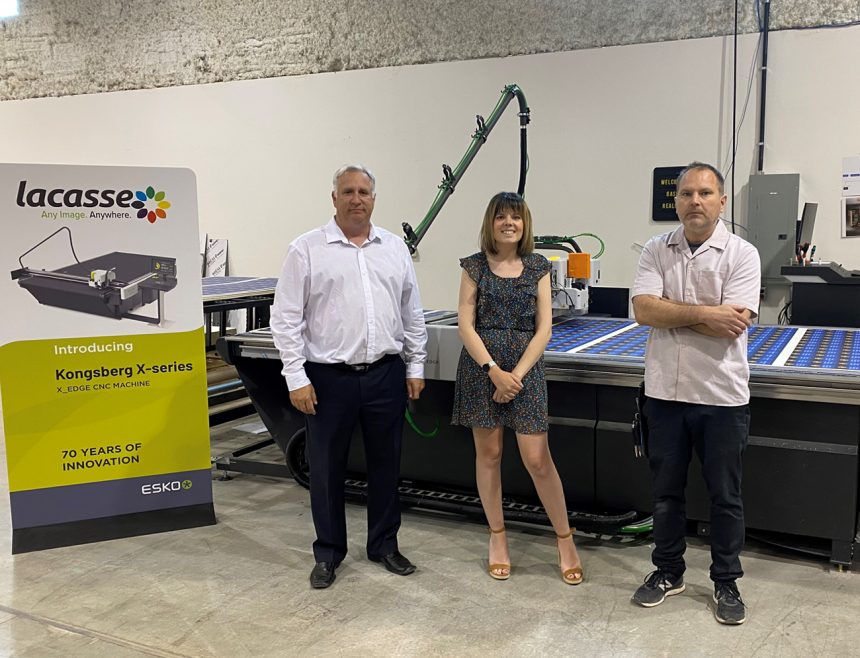 With a growing customer base, increasing demand for faster turnaround time and a desire to diversify its offering, Ontario’s Lacasse Printing has invested in the latest digital finishing technology from…