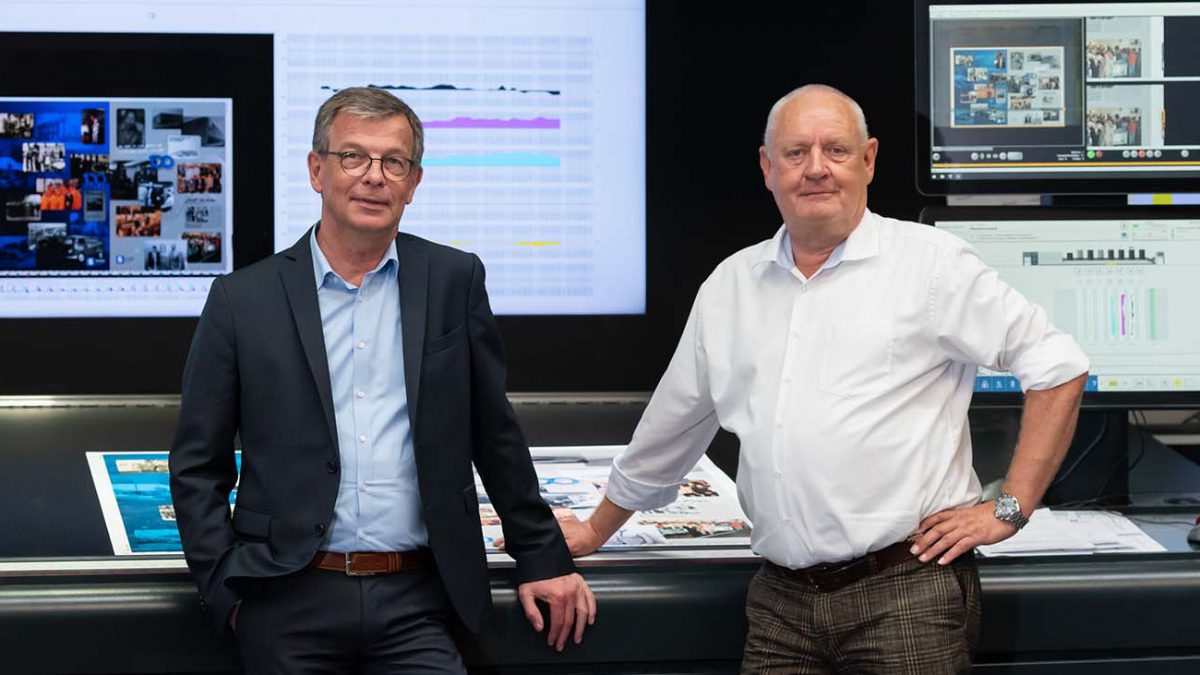 The print companies Walter Grieger Offsetdruck in Nettetal and Gieseking in Bielefeld have been operating under the joint name ‘Teamplayer-in-Print’ since 2012 and together are leading service providers for carton products and corrugated board. Both also serve a number of their own end customers, alongside highly flexible production for major European packaging groups.

Their business concept of providing print services to producers of corrugated packaging makes it imperative to stay one step ahead at all times. For this reason, Walter Grieger Offsetdruck is frequently one of the first users of innovative printing technologies – and ever since the turn of the century, this has meant solutions developed by Koenig & Bauer. The first large-format Rapida for hybrid coating was used for production in Nettetal, as was the first press with direct drives. Now it is the turn of the first of the latest-generation Rapida 164 presses, which is also equipped for production with an extended colour gamut.

When it comes to extended colour gamuts, Teamplayer meanwhile considers itself an advisor to the segment. Wilhelm Driessen, Managing Director, explains, “We absorb everything that is happening at the manufacturers.” 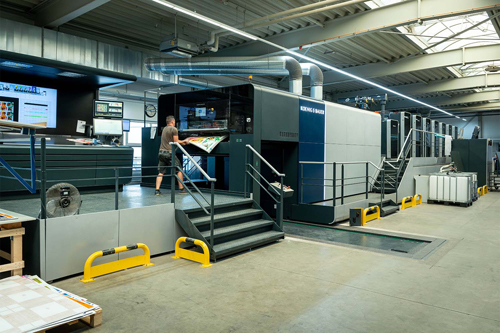 A new Rapida 164 has been boosting print capacities at Walter Grieger for several months now. Production on the seven-colour press with coater and extended delivery is 15 to 20% faster than on the company’s two previous-generation Rapida 164 presses. The same applies to makeready times. This can, in part, be attributed to established automation solutions such as the sidelay-free SIS infeed, CleanTronic multi-function washing systems, including DriveTronic SRW, and pile logistics provisions with automatic non-step pile changing. At the same time, the use of unbent plates, pneumatic ink ducts with EasyClean coatings for fast ink changes, mounting aids for coating plates at the coater tower and a plate lift up to the level of the gallery also accelerate and improve work processes. 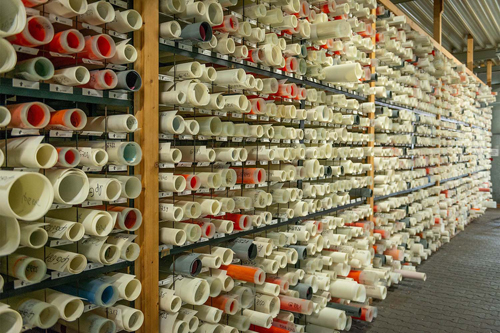 A lot has also been achieved in terms of waste savings. QualiTronic ColorControl and PDFCheck are used to configure the ink settings for the enormous sheets, including a comparison with the pre-press PDF. Start-up waste and imperfect sheets can be marked with a tag inserter, so that only the good sheets are shipped and passed on for further processing.

Wilhelm Driessen is also excited by the developments in networking solutions. The LogoTronic PPS from Koenig & Bauer has now become an important module for integration of the presses into an overall workflow. Grieger uses an MIS from Prosecco and a pre-press workflow from Hybrid. All three systems are coordinated with each other and, thanks to their CIP4 interfaces, establish the necessary end-to-end printshop workflow between the commercial offices and the actual presses.

The precise contents of the plates are defined in the MIS. This information is sent to LogoTronic. The operator starts print production, and a fully automatic plate change is carried out as soon as the specified number of sheets is reached. Fewer colour corrections and ink changes are needed, and process reliability is increased. 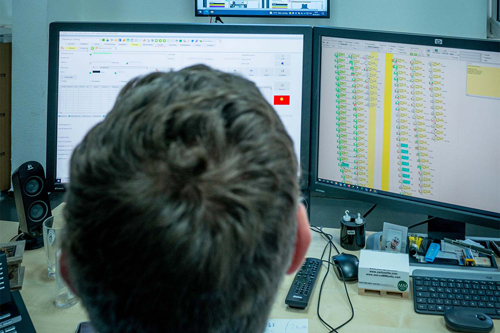 Walter Grieger Offsetdruck has been offering print services to display and packaging suppliers since 1988. When the first presses from Koenig & Bauer arrived, the customer base grew to include companies that process solid and corrugated board. Since the early days as a garage business, the production space in Nettetal alone has grown to cover 11,000 sqm.

The four sheetfed offset presses in Nettetal and Bielefeld operate 17 shifts per week. The automation systems used for them allow jobs from as few as 100 up to several 100,000 sheets to be printed profitably. And that not just for standard packaging, but even where UV finishing on silver or gold foils is required, such as the type used for cosmetics displays. The typical substrates range from 170 gsm to as much as 700 gsm. 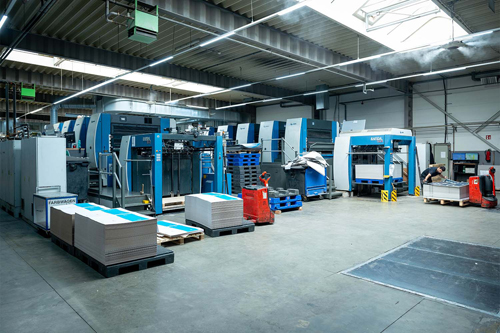 The list of customers served by Teamplayer-in-Print is equally diverse. They come from all over the German-speaking regions, as well as from the Netherlands, Belgium, Scandinavia and UK. With its 90 employees, Teamplayer processes 35,000 tonnes of paper and board per year. Up to 10 million printed sheets can be stored at the two locations.

The special business concept means that both companies are highly streamlined. There are no packaging design offices or extensive post-press departments, because those process steps are handled by the customers themselves. Instead, full concentration is directed at the print process. And with it a workflow that is without equal in terms of process optimisation, throughput times and quality management.

The customers benefit from the high degree of flexibility, a large format process that is especially suited to both one-piece displays and appropriately optimised multi-part products, and the high production capacity with four large-format presses at two locations. 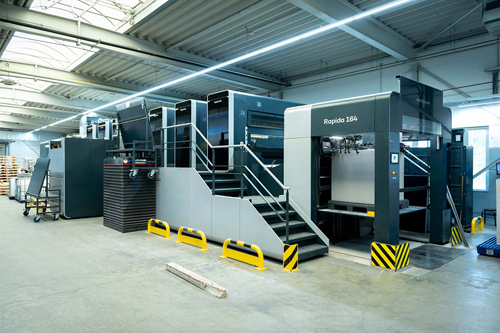