Features > Space is a premium! 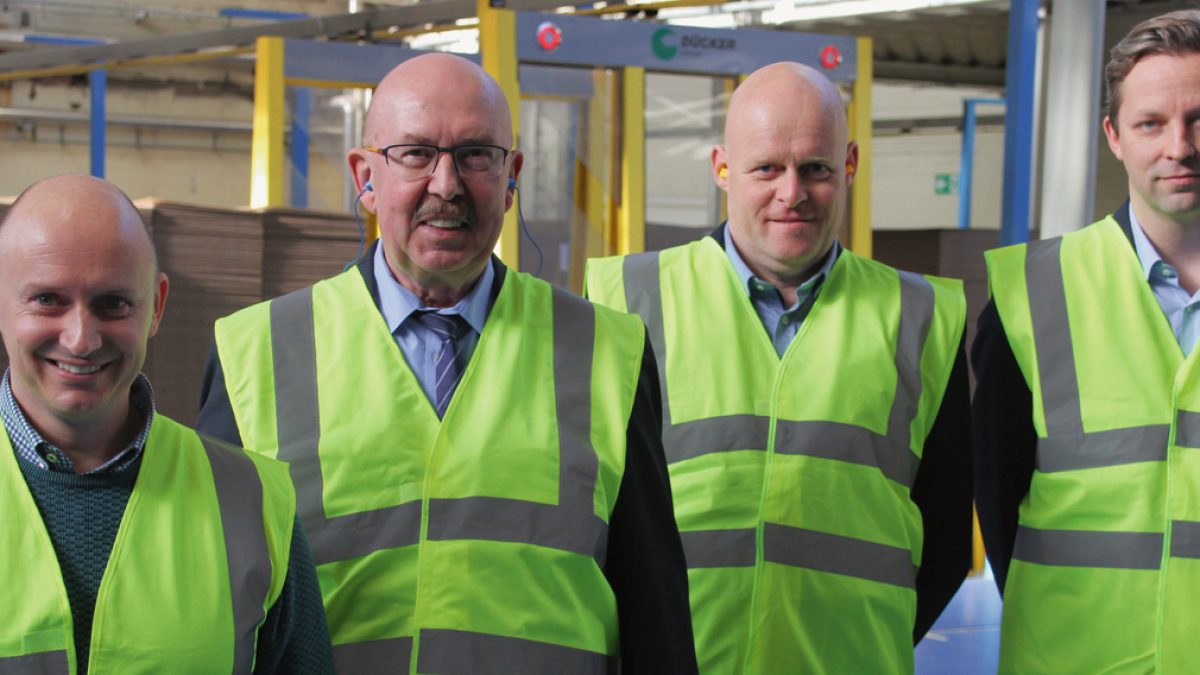 Space is a premium!

VPK Packaging Group needs little introduction. The company traces its roots back to 1935. From humble beginnings they have expanded and now operate over 47 plants in 16 countries, generating over €1 billion in sales. VPK continues to show steady growth and expansion due to integration of recycled paper for packaging solutions and a strong financial structure and thanks to the hard work of more than 5,000 employees. The VPK product range covers tailor-made solutions for corrugated board and solid board packaging, tubes/cores and edge protectors. All of these products are fully recyclable. Its paper production is also made from 100% recovered fibre.

The first production hub for VPK Group was established back in 1935 near Dendermonde, Belgium. The site was primarily a paper mill, but as the years passed, the company expanded into the production of corrugated and solid board packaging.

But over the years, the company has faced significant challenges at the site, due to the fact it has a railway on one side, a river on the other and increased urbanisation in the area. When the company decided to expand and invest in one of its three paper machines in the adjoining building, a complete renovation project was set up. To expand the paper machine, a significant area of the adjoining corrugated board plant was added to the existing building – which was not ideal for Plant Manager, Gunther De Maeseneire. “It was a really tough call to make. The logical plan needed us to relinquish space from our production facility and the closest point to the paper mill was the area we were using as WIP. It gave us some difficulties, but we have quite some experience within the VPK group in handling these challenges. In The Netherlands for example, there has been a similar project to expand the WIP field.”

The plant is inherently a typical legacy plant – with a 2.5m corrugator located pretty much in the middle of the factory and a series of converting lines to either side of it. “Off the corrugator, we need to feed eight lines – four on each side,” says De Maeseneire. “In terms of material flow, this is not the ideal layout and ensuring constant supply to the converting lines presents some challenges. That is why we had a large WIP so we could physically move loads around, according to loading. But fortunately, VPK has a lot of in-house engineering experience and expertise .”

Dücker suggested the solution of multi level WIP – and VPK agreed this was the best solution. “It didn’t really take a lot of convincing when we had done the site analysis and simulations,” explains Peter Dücker, Managing Director. “We showed them how effective a two level storage system could be and how it could actually grow the amount of WIP storage, allowing them to get even more out of the converting lines.”

Then came the hardest part for both parties – how to implement the roll out of the materials handling system without losing a single day of production! “It was certainly a challenge for Dücker, as we run triple shift, five days per week,” explains De Maeseneire. “We also faced the issue of the inherited infrastructure of the factory. This presented some unexpected issues, but we’ve managed to face them all within the set up timeframe, thanks to Dücker’s thorough commitment to the project.”

Having run simulations of how the system would work, Dücker completed the installation in a matter of months and then set about upgrading the Ascor management software. “Our operators were quite familiar with Ascor thanks to several years of using the system,” continues De Maeseneire. “We took the opportunity to install the latest version when we did the WIP and materials handling project. It took some changes by management to instill in our people to trust the system completely. There is often a temptation to think you know better than the system, but with such an intricate layout, we knew that for the best results, we needed to let the system run itself based on a pull planning methodology.”

The Dücker project in Oudegem started in 1998 with the installation of a finished goods line, with a shuttle crossing the road to feed the FKMs of the factory hall. In 2006, the finished goods system was extended with a pallet inserter. and then six years later in 2012, VPK installed a new corrugator dry-end. Some modifications to the take off area became necessary and the first part of the intermediate storage, including Ascor, was installed. Then came the most recent element of the materials handling investment, the two level storage area and a new finished goods system with a second pallet inserter.

The two level WIP is totally enclosed by gates and guarding to prevent people getting into the area by accident. “From a health & safety point of view, we opted to have a series of cameras installed which would track any movement,” says De Maeseneire. “The other benefit of the cameras is they record the movement of all stacks, so if there is a problem with the system, Dücker can review the issue by looking at the time stamp within Ascor to determine what might have gone wrong. It is a great back-up.”

“I think that this is probably one of the most challenging projects we have ever undertaken,” says Dücker. “A combination of old building, tight space and trying to install without losing production time created some tough situations for both companies, but I am delighted that we finished within the time frame that VPK Group had given us. The feedback from Gunther and his team is that they are now getting more productivity out of the factory, which helps generate a good ROI for VPK Group.”