Features > Royal Containers gets first BOBST MASTERDRO in the Americas 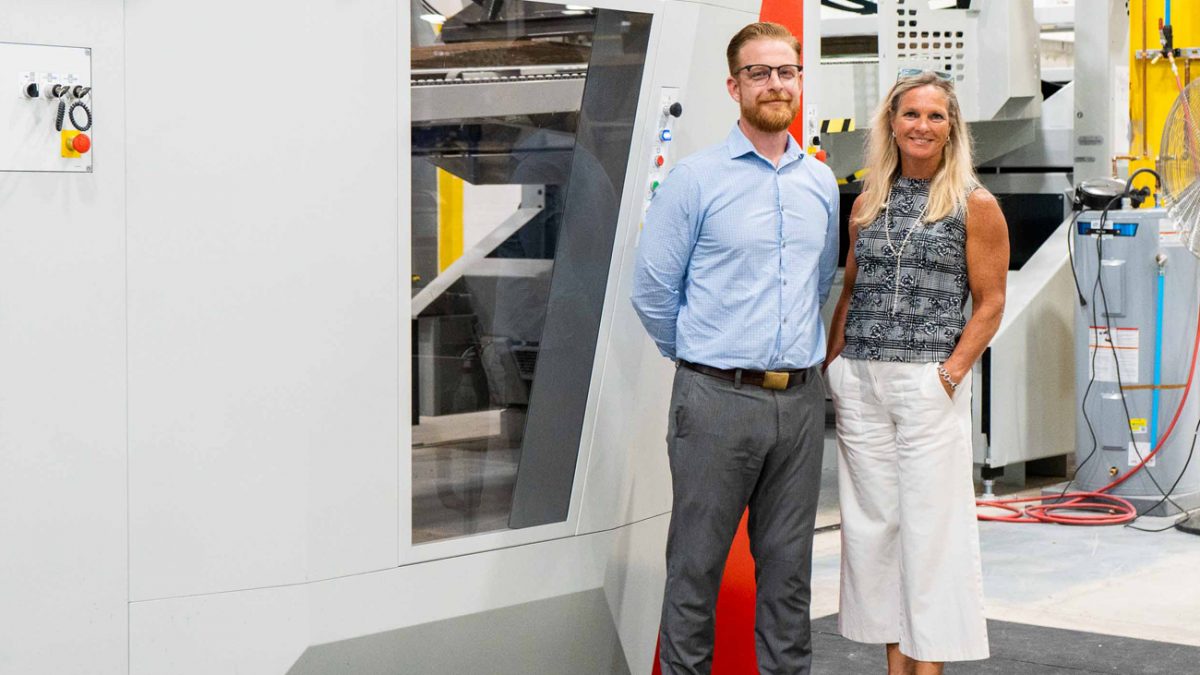 Royal Containers gets first BOBST MASTERDRO in the Americas

Between 1970 and 1979, Ross Nelson flexed his entrepreneurial muscles, establishing two box plants – Norbram Packaging, Tri County Containers – and then acquiring Rowland Packaging. He then pulled them all together in 1980, when the name Royal Containers was implemented.

In 1984, Royal Containers was one of several sheet plants which joined forces to start up the largest sheet feeder facility dedicated to the Canadian market – Tencorr. In 2009, the company acquired Morphy Containers located in London (Ontario) and in 2012, the company acquired shares in the Greenpac paper mill in Niagra Falls, NY – a mill that produces containerboard made from OCC. Five years later, in 2017, the company acquired Rexdale Containers and most recently, the deal to buy C+B Display was completed in 2020, during the COVID-19 pandemic.

Fast forward some 40 years from its founding and Ross’ daughter, Kim Nelson, sits at the helm of Canada’s largest producers of corrugated packaging made from 100% recycled papers; she took on the role as President and CEO in 2010. 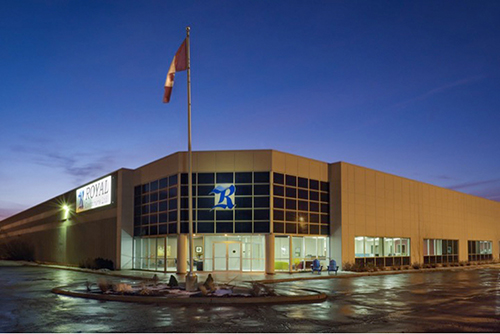 With its sales being totally focused in Canada, Royal Containers generates $100m in sales, from two facilities, thanks to the hard work of over 300 people. Interestingly, the company prides itself on the fact that no one customer is larger than 5% of the total sales turnover – and this goes some way to explaining why they have such a large team of sales professionals – almost 10% of the headcount is dedicated to the sales department. The headquarters is based in Brampton, a suburb of Toronto in eastern Canada, with its second site having undergone a major move to new premises in the small town of St Thomas, near London (approximately 170km south-west of Toronto).

Having acquired Morphy Containers and a decade later C&B Display, Kim Nelson and her team were faced with the situation of having two business units operating in close proximity. “We needed to invest in some new equipment for the old Morphy facility, and we also had eyes on new machinery for C&B as well,” explains Kim Nelson. “So we took the rather bullish approach of buying a new, bigger facility and then putting both operations into one. Of course, the culture of a packaging business and a display business don’t necessarily blend easily – one being driven by volume, the other by graphics and design, but we believed we could marry the operations together. And then of course, COVID-19 hit, literally weeks before we signed the documents on the acquisition of C&B – not ideal timing, but we are never afraid of a challenge!”

The company subsequently found a 155,000 sq ft facility in nearby St Thomas that was a perfect fit. “Although it was a great find, we knew we had to do a lot of groundworks before we could move equipment,” continues Kim. “Although St Thomas is a relatively small town, it was a great area for us, as there has been significant investment by some other large businesses, including Amazon. It is a perfect fit.” 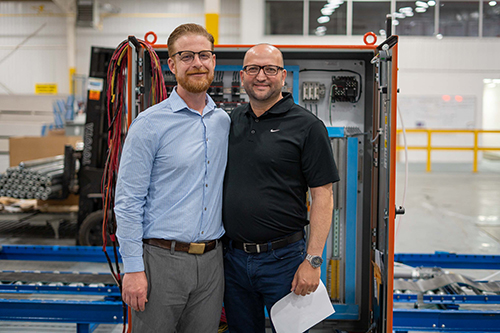 It was during a Board of Directors meeting that Royal Containers discussed how to equip the new St Thomas facility that Kim Nelson received communication from BOBST that they were about to launch a new flexo rotary die-cutter; her interest was immediate when she read that it would have inside-outside print capability. “Without hesitation, I knew we had to have this machine and before we had even concluded the Board meeting, we had ordered the machine,” she says. “We have a wide array of print capabilities at Royal Containers and adding inside-outside print in a single pass was something we wanted; we were already producing this kind of e-commerce pack and had to do it in multiple passes, which was time consuming. I knew our sales team would be able to fill this new machine, so we set about working with Bobst to implement what was to be the first machine of its kind in North America.” 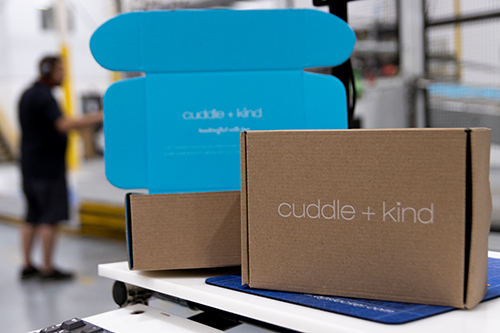 Bobst launched the MASTERDRO flexo rotary die-cutter as part of its MASTERLINE DRO – a full line solution, from pre-feeder to palletiser – in 2021. Incorporating the latest Bobst technology including 10 patents, the Masterline DRO equips converters with a versatile, fully automated, connected and highly ergonomic solution. The Swiss manufacturer says that the machine enables exceptional productivity, reaching an output of more than 40 million sqm (430 million sq ft) per year, combining high-volume production on simple boxes and added-value packaging with qualitative printing and die-cutting. 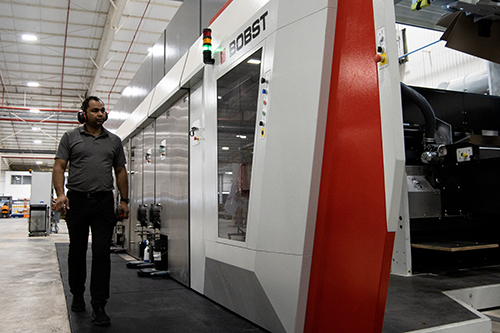 The high quality provided by the MasterDRO is consistent for each item and boxes benefit from a 15% improvement in the box compression test (BCT), which represents a huge saving potential on paper use.

Two quality control systems enable perfect printing register consistency during setup or during production: ‘Start & Go’ provides fully automatic set-up multi-color jobs with automatic compensation of cliché irregularity with only 11 sheets, and ‘Lead & Print’ guarantees print to print and print to cut consistency with proactive compensation of board irregularity during production. It has an efficient dust collection system built in to ensure perfect printing quality and a die-cutting efficiency that ejects over 99.9% of die-cut waste.

The new line at the impressive London facility sits alongside existing Bobst equipment, namely a 924 flexo folder gluer, a DRO rotary die-cutter and a new EXPERTFOLD gluer, which was delivered in July; and the company has also installed a new Baysek  die-cutter.

“We committed a sizeable investment into our Royal West division, not a simple relocation of assets, but rather a move and an expansion in space and equipment,” adds Kim Nelson. 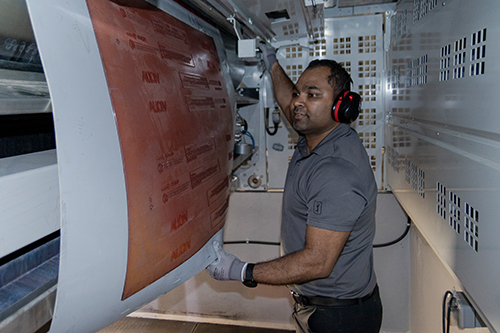 “We have always invested in state-of-the-art equipment and Bobst is certainly a key supplier for us,” concludes Kim Nelson. “Our relationship with them is very good; we would not have opted for an industry first if we did not have a solid belief in each other. Although the machine was only commissioned in May, we are seeing good things from the new MasterDRO already and the sales team are excited by the opportunity of growing business with our expanding customer base across Canada.” 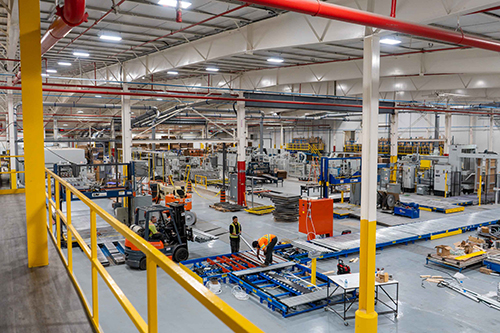 The new facility during the fit-out stage.