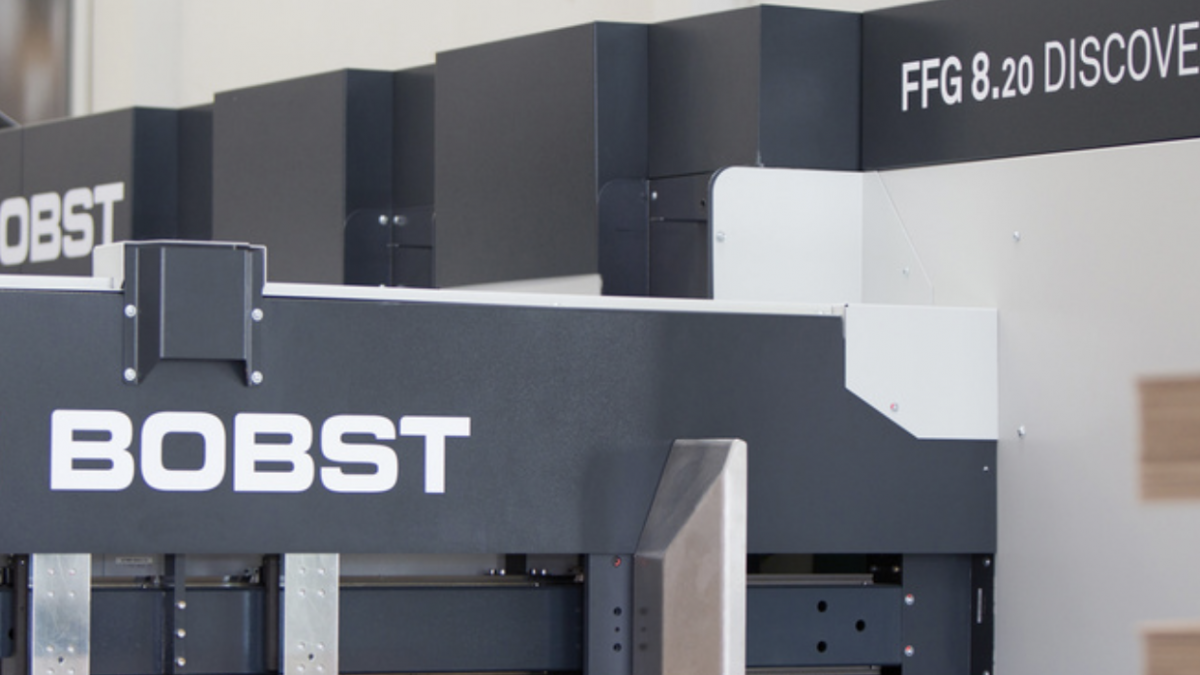 The US independent corrugated converter Rusken Packaging has achieved a record for corrugated box production during a shift with a Bobst FFG 8.20 Discovery flexo folder gluer. The crew in Cullman, Alabama didn’t come to work on June 12, 2018 with the “distinct” purpose of breaking an eight-hour world production record.

However, after a review of the day’s production schedule and a slight adjustment to the crew, when the shift ended and the production was tallied, that’s just what they had done! In a continuous eight-hour shift the Rusken crew completed 2 job setups, produced 131,518 boxes and converted 538,237 square feet of corrugated board on the four-color flexo folder-gluer.

“From day-one our operator, Phillip Gilliland, had his eye on setting that record,” says Roger Beach, Plant Manager at Rusken’s Cullman facility. “He and the crew were very motivated and excited by the capabilities of this machine. I think Phillip started researching the standing records as soon as he knew he was going to be running the machine.”Two large orders in the schedule on June 12th offered up an opportunity for a run at the record. “We typically have a four-person crew on the 8.20, but we added a fifth crew member that day so the crew could rotate through their break times without stopping production” says Beach. “Once the first box was approved, the speed went to 18,000 (boxes per hour) and stayed there with the exception of job changeover.”

According to Beach, “This machine is a real game changer for Rusken. We can run 25 to 35 orders a day and still produce 100,000 to 150,000 boxes in a ten-hour shift. We have a very dedicated and driven crew. They start the machine, take it to maximum speed, and it stays there until the end of the order.”

However, the successful operation of a high-speed machine like the Bobst FFG 8.20 Discovery goes much deeper than just the capabilities of the machine. “As a team our goal is to meet or exceed our customers’ expectations every day,” says Greg Rusk, President and CEO of Rusken Packaging. “Upgrading to the latest technology is certainly part of the process, but it requires everyone here from purchasing and scheduling, to production and shipping, to buy-in to the process, work together as a team and understand how they contribute to the success.”

“Like the crew on the 8.20, all our employees are dedicated to giving our customers their best. Their best quality, best speed, best problem solving. Just simply our very best.”As important as having the right machine for the job was having the people on the crew. “We have other flexos, but the technology behind this machine is quite different than those. So we looked at our workforce and put together a crew that was driven for success and willing to adapt to the technology,” said Beach. “The operator we chose had some background with another computer controlled machine. His previous experience combined with the intuitiveness of the 8.20 control made for a very short learning curve. In practically no time the whole crew was up to speed, and on course for a record breaking run.”

Founded in 1974, family owned Rusken Packaging has grown to be one of the largest independent corrugated converters in the Southeast region of the United States. Starting as a single facility, Rusken has grown to include seven facilities in five states including Alabama, Arkansas, Georgia, Mississippi and Tennessee. Rusken has also developed partnerships with sheet feeders and Alabama, Georgia and Arkansas.

Cullman, Alabama is the headquarters for Rusken and home to their 450,000 square foot manufacturing facility which houses a 110” BHS corrugator and over 30 converting machines. The recent purchase of Atlanta, Georgia based E. Smith Box and the purchase of the new Bobst FFG 8.20 Discovery flexo folder-gluer are part of Rusken’s continual growth and improvement plan.