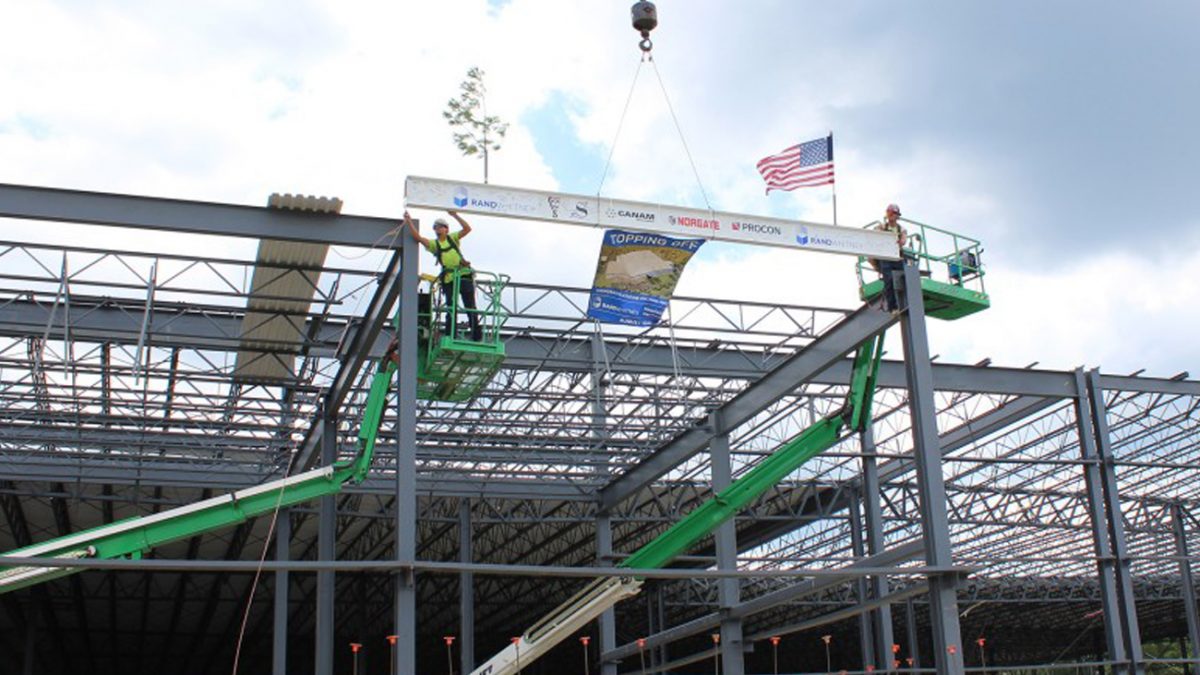 Rand-Whitney signs and raises final beam on its latest facility

Rand-Whitney President and CEO, Nick Smith was recently joined by PROCON Managing Directors John Stebbins and Jennifer Stebbins Thomas and other members of the design-build and subcontractor teams for a beam signing, topping off ceremony at the site of what will soon be Rand-Whitney’s largest corrugated packaging facility. The raising of the beam represents a major milestone in the construction of the state-of-the-art manufacturing facility. When fully operational in the Spring of 2023, the new 373,500 sq ft packaging facility will manufacture 350 million boxes annually.

Smith opened the event discussing the importance of the new manufacturing building for the company to meet growing demand, while providing the most efficient, cost-effective services possible for their customers. The world class facility represents Rand-Whitney’s largest investment in equipment and capacity. The state-of-the-art, sustainable building will feature efficient robotics and automation equipment.

“This milestone represents an exciting moment in the history of our company,” said Smith. “Rand-Whitney Container remains committed to investing in improvements that will benefit and support our valued customers. Today is also a milestone in our partnership with the Boylston community and we look forward to being a big part of this community for decades to come. I want to thank the entire PROCON design and construction team for creating this landmark moment.”

Rand-Whitney collaborated with PROCON as the design-builder for the packaging facility, as well as another 300,000 sq ft warehouse on the site expected to be completed and leased out by Rand-Whitney in late Spring of 2023. This is the fourth construction project collaboration between the two companies. 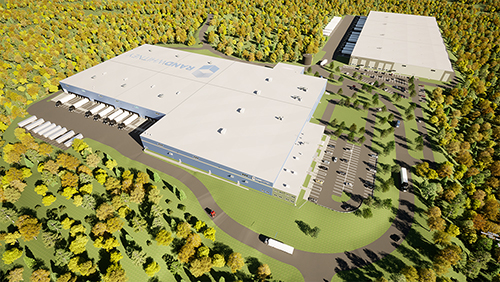 “We have a great group of companies including Borggaard sitework, Diaz Construction, Norgate Steel, Steller Steal, Brookside and hundreds of people making this beam signing and topping off a reality,” said John Stebbins. “It’s great that you can all be here to share in the excitement as we head into the final stretch of the construction process. All of your work has been exemplary, and it reflects the quality of a great company like Rand-Whitney.”

Rand-Whitney has operated in Massachusetts since 1938 and is one of several companies owned by New England Patriot’s Owner Robert Kraft. As one of the largest independent corrugated packaging manufacturers in New England, the company is a leader in environmental responsibility for the packing industry and its vertical integration will allow the facility to manufacture packaging that uses a very high percentage of post-consumer waste, using 100% post-consumer waste linerboard produced in the company’s own mill in Connecticut.