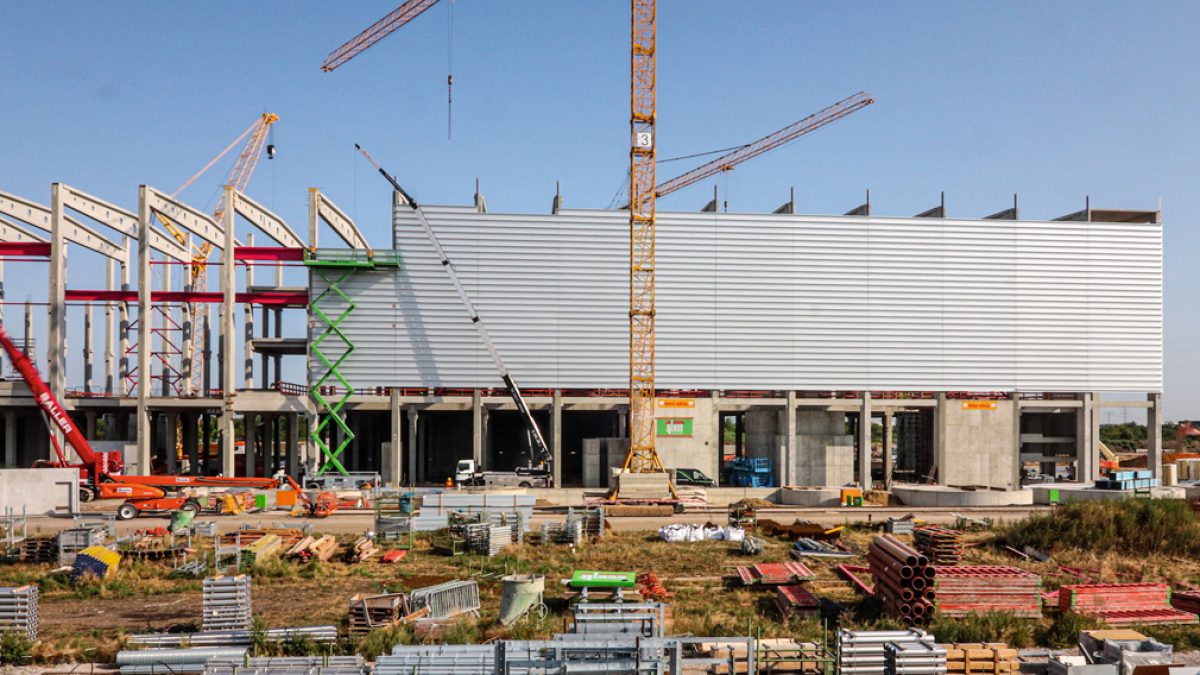 Following a construction period of only seven months, Progroup AG celebrated a ‘topping out’ ceremony for its new, state of the art paper factory in Saxony-Anhalt together with around 400 guests from local politics and the corrugated industry.

The heart of the new factory is one of the most modern and high performance paper machines in the world for the manufacture of environmentally-friendly and high quality containerboard. The plant will have an annual capacity of 750,000 tons. The company is therefore increasing its production of containerboard from 1.1m tons to around 1.85m tons per annum.

Progroup is clearly committed to Germany as a business location. Investments totalling €465m make the project currently the largest investment project in Saxony-Anhalt. While employment is in some cases stagnating in other regions of Germany, around 150 direct and up to 350 indirect jobs with a high future potential are being created at this new location.

“As a family-operated company, it is part of our philosophy to think and act long term and sustainably, and thus to assume responsibility,” said Jürgen Heindl, CEO and founder of Progroup. “This basic understanding is of decisive importance for investment of this magnitude. On the whole, we are investing around €500m in a plant that should still be producing in keeping with the times in 50 years. As a technology leader, we are committed to preserving resources and environmental protection. As a company, we also offer secure jobs with good career perspectives. This is because we assume a great deal of responsibility for society, our employees, our children and our environment.”

In the context of the ‘Green Hightech’ strategy that Progroup has consistently followed since its founding, the new factory sets the highest, forward-looking standards in the paper industry when it comes to environmental protection, energy efficiency and sustainability.

“We are especially proud of our integrated circulation water treatment plant, which reduces the use of fresh water by 80%,” added Maximilian Heindl, responsible on the board as Chief Development Officer for the realisation of growth projects, among other things. “The major investments in an innovative and technological concept have definitely paid off.”

Progroup is setting a clear example in times of climate change. The savings of around 3,750,000 cubic metres of fresh water annually correspond to the annual water consumption of around 81,500 people in Germany. The internal plant treats the water used and returns it to the closed circulation system of paper production. The biogas generated there is then used in production as a source of energy and thus supports the sustainable use of energy. On the whole, the company reduces its CO2 emissions by around 170,000 tons annually through the consistent use of environmentally-friendly production processes. This corresponds to the annual CO2 emissions caused by around 19,150 inhabitants of Germany.

The Minister of Economic Affairs of Saxony-Anhalt, Armin Willingmann, pointed out the importance of the investment for the federal state. “The investment on the part of Progroup is among the largest investment projects in Saxony-Anhalt since Germany’s reunification. It has once again been shown that our state has in recent years successfully developed into an attractive, highly modern industrial region at the centre of Europe.”

Andy Grabner, Mayor of the Municipality of Sandersdorf-Brehna, added, “The settlement of the paper factory is a great success, not only for Sandersdorf-Brehna, but for the entire region. With Progroup, we have been able to win an innovative and internationally active company for our economic region, which already involved many local companies during construction, and will later create many direct and indirect jobs and training placements in the region.”

In the subsequent ‘topping out’ address, all of the builders involved were thanked for their work. Since the project began, 2,800 tons of steel have been installed on the 453,000 sqm site in Sandersdorf-Brehna and around 40,000 cubic metres of in-situ concrete poured. The factory will commence production in August 2020. The new paper machine is being manufactured by Voith.