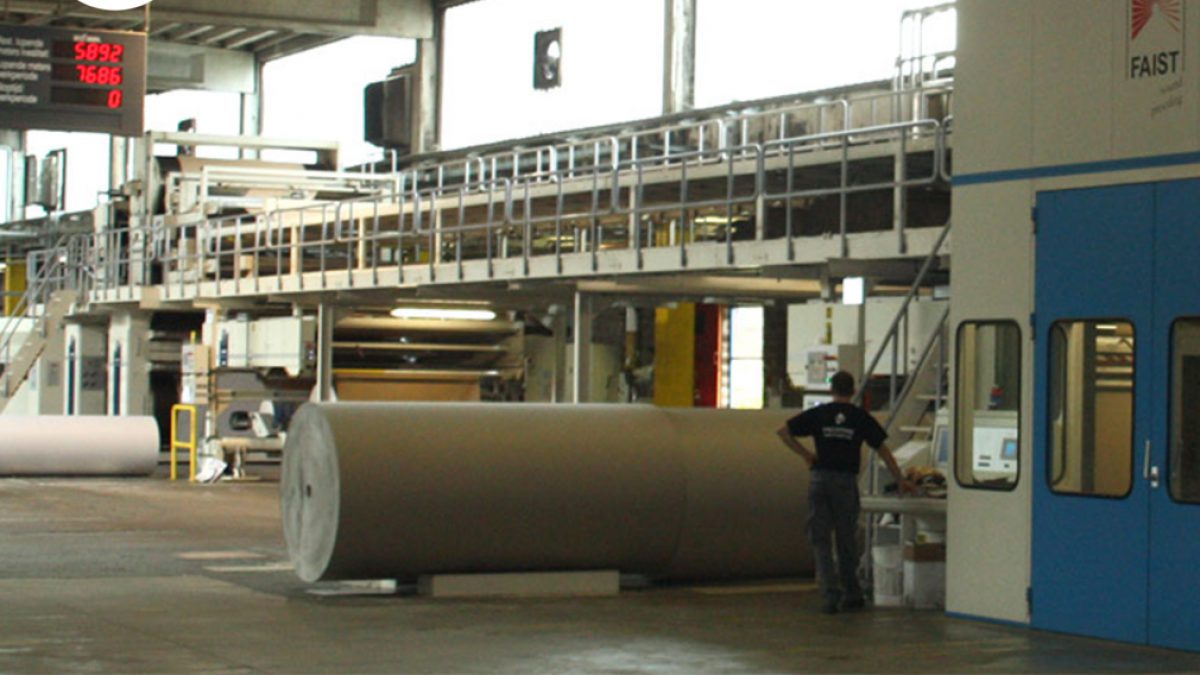 Partly forced by a stricter environmental legislation, Halle, Belgium based corrugated producer Pacapime took an important decision in 2018. Looking at a continuous drive to increase its efficiency, productivity and flexibility, the outdated waste handling system at the production site in Halle was replaced by a completely new system. Sister companies, Cretes and Valvan, were appointed to install their integrated, turnkey solution.

Up to the end of 2018, the waste coming from the various production machines in Halle was separated in a huge cyclone and discharged in an old baling press. The access to the installation was far from ideal; the large cyclone was situated on the roof and the bale press in an area with a very low ceiling. The cyclone also had an ‘open’ outlet, meaning that all corrugated dust was emitted directly into the open air. The ever increasing maintenance costs were an additional reason that a new solution was urgently required.

A new space was allocated where Cretes and Valvan could accommodate a totally new system. Cretes was responsible for the aspiration and evacuation of the waste up to the filtration of the transport air. Valvan supplied the baling press and the electrical controls of the entire system.

Since the beginning of the year, about 4000kg of waste per hour is being aspirated at the production lines and separated in a compact rotary condenser. The edge trims and cutting waste fall in a hydraulic baling press. This makes bales of around 450 to 500kg each. The operators also have the possibility to manually feed large sheets of reject corrugated board by means of an inclined chain conveyor. Finally, a large bag filter ensures that the transport air is purified and can be returned in the production hall.

The decision of Pacapime to install a system from Cretes-Valvan was made fairly quickly. As sister companies within the 100% Flemish Valtech Group, an integrated and project-based approach is a daily matter of course. Flexibility and fast service are of great importance to Pacapime and that is precisely what both Cretes and Valvan consider extremely important. After similar projects in Belgium and abroad for corrugated, textiles, mineral wool or plastic, the Valtech Group once again proves its value as a provider of technically advanced turnkey solutions.

A family owned company, Pacapime is one the largest producers of corrugated board in Belgium. The company’s corrugated packaging solutions are especially popular in the food sector, but offer unlimited possibilities. With the slogan ‘our corrugated board wraps anything’, Pacapime remains at the forefront of the industry. With more than 80 years of experience, supplying a quality product and maintaining a flexible attitude, Pacapime works primarily in the Benelux, France and Germany. In 2009 a subsidiary was started in Hungary with a focus on the Eastern-European market.