Features > Not one, nor two, but three! 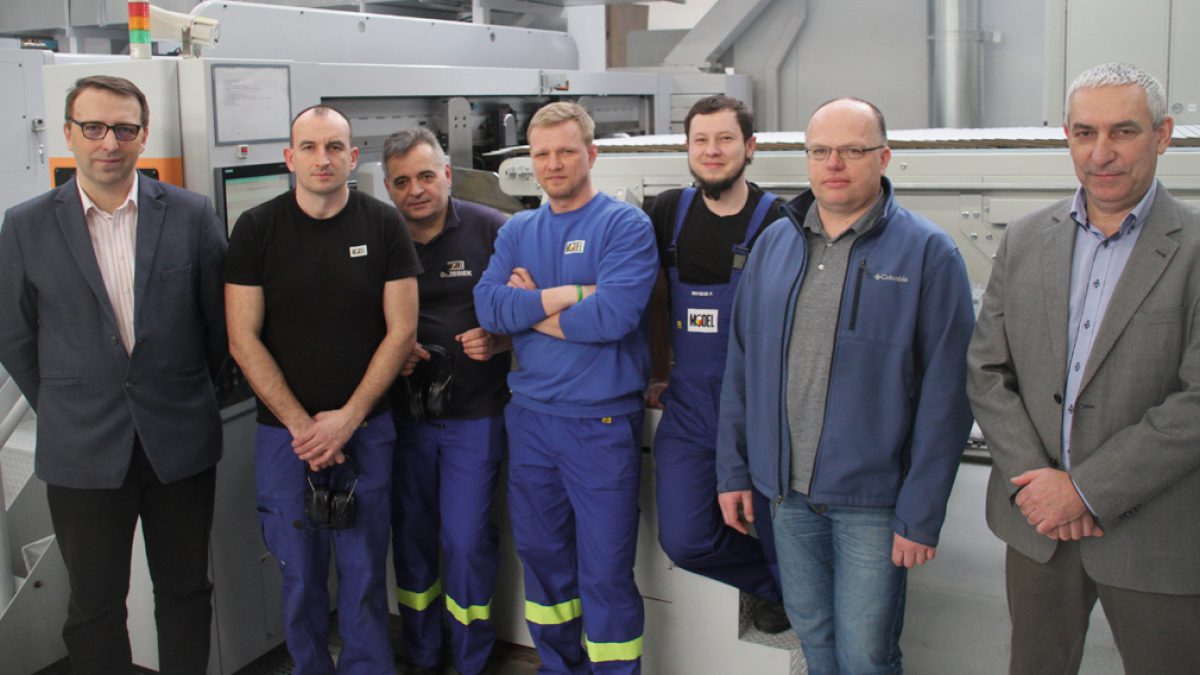 Not one, nor two, but three!

The Model Group, which has corrugated and converting facilities in Switzerland, Germany, Poland, the Czech Republic, Benelux, France, Austria, Slovakia and Croatia, recorded consolidated revenue of CHF 915 million in 2017. This represented an increase of 4.6% over the previous year. The Group employed over 4,285 people, with about 21% of them being employed in Switzerland.

“The main reason for the increase in revenue was the simultaneous growth of all national markets where the Model Group is represented,” explains Daniel Model, CEO. “Even with significant increases in paper prices and partial success in passing these on to our customers, we continue to reinvest in our business every year. Last year, CHF 86 million was invested in modernisation, sustainability and expansion projects within the Group.” Included in this figure were new four colour EVOL flexo folder gluers for its plant in Bilgoraj, eastern Poland and Czosnow, near Warsaw.

Model entered the Polish market in 1998, establishing a greenfield site in Bilgoraj. A few years later in 2002, the company acquired a small sheet plant called Tek-Pak in Czosnow near Warsaw. The Group chose to install a corrugator in Czosnow and the site now operates under the name of Model Opakowania. Then in 2016, the company had the opportunity to acquire Funai’s massive facility where it had been manufacturing widescreen TVs and renovated the site as a brown field operation. This site in Nowa Sol will take delivery of a corrugator by the end of 2019.

“Model Group is all about print on corrugated,” says Jerzy Zub, Head of Investment at Model Opakowania. “With pre-print, high quality post-print and litho-lam, we offer our customers the most diverse range of print solutions to suit their needs. But we also offer high volume flexo printed cases as well and for this, we have chosen what we feel is one of the best casemakers available today – the EVOL from Mitsubishi. We have experience with  all types of machines and in our mind, these high speed casemakers are quick to set up, offer excellent folding and gluing accuracy as well as high running speed.” 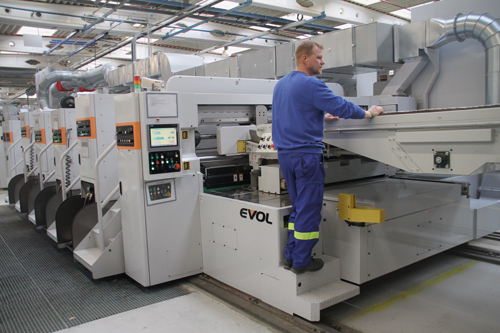 The EVOL 100 flexo folder gluer has gained a reputation for being a high performance, quick-set casemaker, capable of running at speeds of 350 blanks per minute. With a maximum sheet size of 950 x 2555mm and a minimum sheet size of 250 x 690mm, the machine at Bilgoraj has been supplied as a four colour printer and equipped with a pre-feeder, inline bundler and palletisers as recommended by Mitsubishi.

The machine’s excellent folding accuracy makes it the ideal choice for short, medium or long run work, no matter the type of corrugated board being converted. Thanks to its patented folding system and a new ink wash-up system, the EVOL is excellent value for money and offers a fast return on investment.

Over recent years, the machine design has received a series of upgrades, now making it even more attractive for converters. With the remit of shortening set-up time considerably, an upgraded inking system has resulted in reduced ink wash up time and leads to enhanced efficiencies. The EVOL is well known for its efficient inking system, but the new generation of machine, like the ones at Model in Poland, have a superior ink control system that has been proven to show as little as 100cc of ink loss per colour unit per job. Another significant feature of the new inking system is that it uses less than 6.5 litres of water per wash-up, which is a significant environmental plus for the converter. 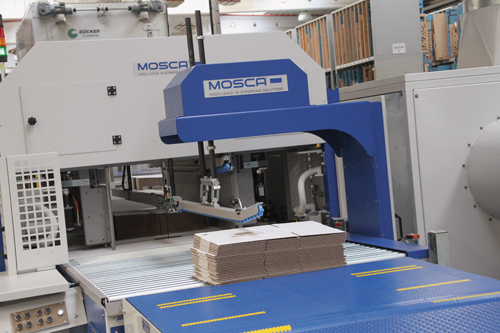 The latest generation of machine has had its average set-up time reduced even further and now jobs can be set it two minutes. Once the blank has been printed and die-cut, it moves to the folding and gluing section, an area of which Mitsubishi is proud. Finally, a new counter ejector – the CE8 – improves on the already accurate bundle formation. 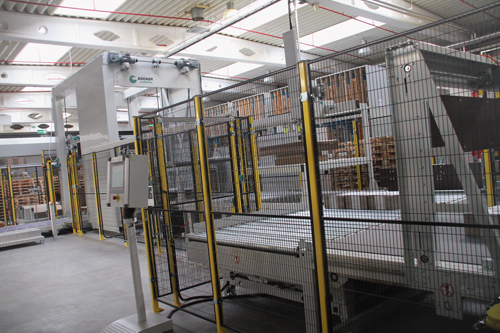 “We have been very happy with the Mitsubishi EVOL casemakers in our Polish operation,” confirms Dariusz Szozda, Head of Production and Member of the Board. “We installed the first EVOL at our plant in Nowa Sol in 2016, followed by the second machine at Bilgoraj in the summer of 2017, quickly followed by the third machine at Czosnow in October 2017. Thanks to an excellent relationship between our Group and Mitsubishi, training was handled by Mitsubishi instructors with assistance from our own people, ensuring each machine was up and running in the minimum of time.”

He continues, “Our relationship with Mitsubishi goes back many years. When we built the greenfield site in Bilgoraj back in 1998, we installed the Mitsubishi corrugator that had been running at our Wienfelden headquarters. We got to know their engineers and service technicians very well and over the years, we have built faith in them. It is an excellent commitment from both companies and the installation of the three EVOL casemakers in Poland demonstrates what we feel about their engineering capabilities.”

Giovanni Bettini, Sales Director of MHI Europe, concludes, “This is a great endorsement of the quality of the build and also the high productivity being achieved on EVOL casemakers around Europe and farther afield. We are delighted to be working with Model, who are considered one of the leading independent packaging companies in Europe. We look forward to developing our relationship with them further over the coming years.”