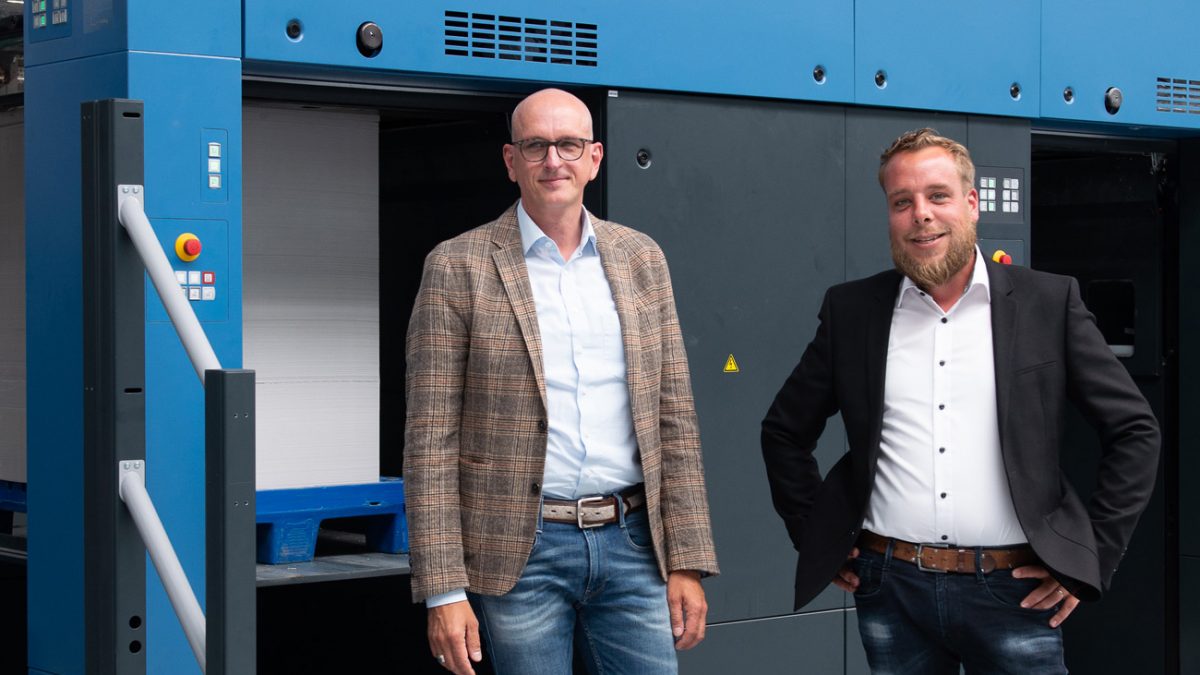 ‘All the signs point to growth’ – there is no question about that in the mind of Henrik Jung, Technical Director at the German folding carton converter Heinrich Buhl in Neunkirchen/Siegerland. In fact, the company has developed constantly ever since its founding by the Buhl family in 1961. “For the past five years, we have seen almost two-figure turnover growth,” Jung says. The workforce has also increased from 40 to 60 over the same period.

One important contribution to positive developments at the company is the installation of a Rapida 106 from Koenig & Bauer, which was commissioned in the spring of this year. Looking back over decades of trustful partnership and cooperation, Heinrich Buhl again chose the printing equipment broker, Steuber in Mönchengladbach, as the supplier for its new equipment. The two companies have thus added yet another chapter to their joint success story. 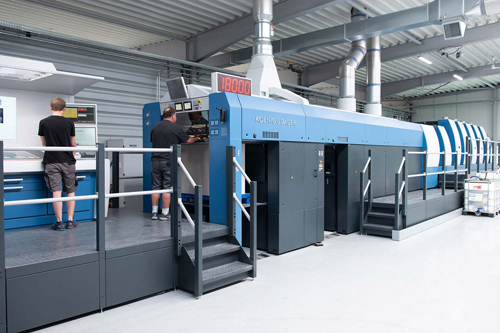 The raised Rapida 106 packaging press with double-pile delivery in full production. It is operated by Andreas Metz (at the delivery) and his son Alexander.

The five-colour coater press stands in a brand new hall and has been raised by 675mm to accommodate the higher piles typical in packaging printing. QualiTronic PDFCheck takes care of inline colour density control, sheet inspection and comparison of each printed sheet with the customer PDF, all with a single camera system. The double-pile delivery separates good and waste sheets to ensure that only flawless piles are passed on for further processing.

For many jobs, this capability is also essential. Some brand owners reject even the tiniest flaws, such as deviations in a matt black solid. At the product filling stage – or at the latest, when making up the trays – each individual carton is inspected by hand. The consistently high production quality definitely pays off.

The company expects the Rapida 106 to boost output by 30% compared to the previous press which was installed 2011. The sheet travel capabilities of Rapida presses will play an important role here.

Jung says, “We are regularly able to run at speeds of 18,000 sheets per hour, depending on the product and substrate concerned.”

Thanks to the EasyClean ink ducts, ink changes are also much faster, without requiring the use of ink duct foils. Flexibility in the drying systems supports the use of blister coatings and demonstrates Koenig & Bauer’s expertise in this field. When it came to the plate changers, however, Buhl opted for a less automated variant, as its operators spend relatively little time on plate changing compared to their other tasks.

Even so, make-ready times are now significantly shorter. This is accompanied by increased outputs and reduced waste rates. The new press, the only sheetfed offset press in the company’s print department, is furthermore a paragon of high production stability and reliability. Like the rest of the company, it is fully occupied in a three-shift system.

Heinrich Buhl produces folding cartons, blister packs, skin packaging, product backing cards, counter display units and trays. Many of these products can be found in DIY and hardware stores. They are printed on both board and plastic films. The majority of the products are destined for the German market, though numerous customers are also supplied in France, Switzerland, Italy and the Czech Republic. 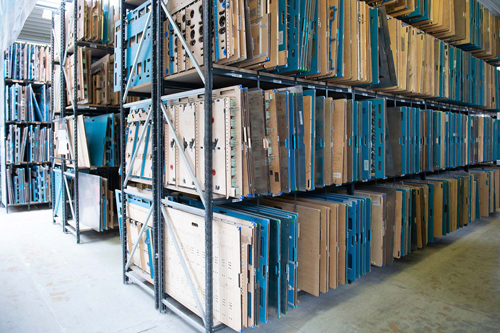 Die-cutting formes are valuable assets for every packaging producer. Over 1,200 formes are waiting to be used in the storerooms at Buhl.

Jung identifies flexibility and punctual deliveries as the most important characteristics of a packaging printer. There are often just 36 hours between receipt of an order and the delivery deadline. During this time, the packaging must be produced from scratch – nothing is held in stock in a warehouse. The perfect functioning of the underlying processes is illustrated by the long-standing partnerships which exist with many customers. Some of these business relationships have been going strong for more than 25 years.

Heinrich Buhl specialises in packaging production in short and medium runs. The average run length is around 5,000 sheets, but there have also been orders for as many as 200,000 sheets. 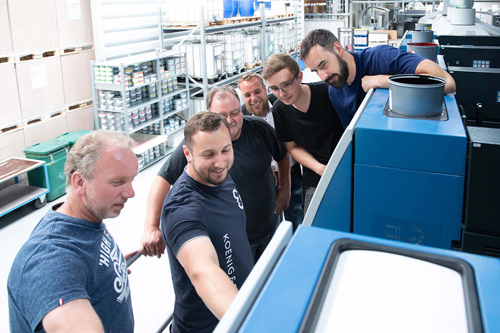 There can be no doubt about the continued development of Heinrich Buhl; diggers and bulldozers started back at the site in September. A new office building with modern social facilities is being built. The plans also include a new car park and charger stations for e-bikes.

Heinrich Buhl attaches great importance to motivated employees. Most remain loyal to the company over decades and it is quite possible to meet several generations from one family in the packaging operation. 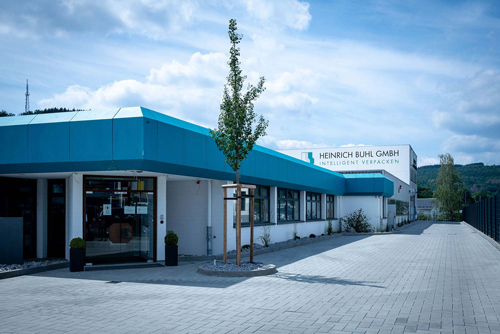