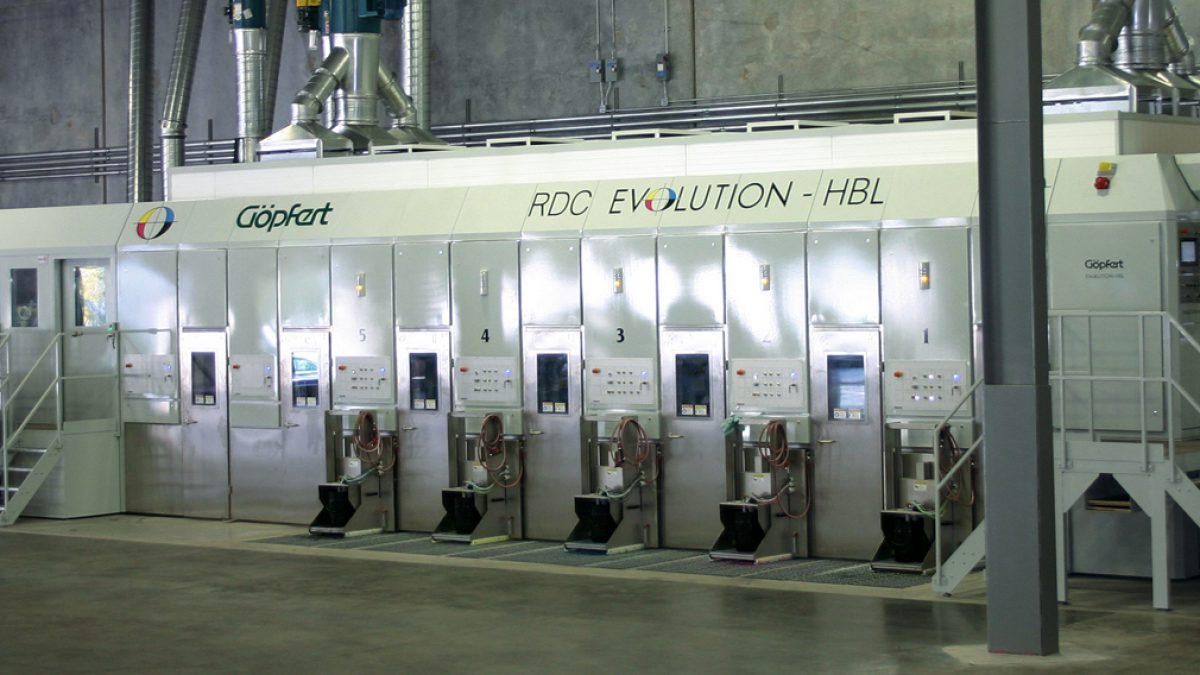 Well-known throughout the U.S. and further afield, Dusobox is a name that represents the best in printed corrugated packaging and displays. The company, which is now successfully running with the third generation at the helm, has been a ‘beacon of light’ in the production of high quality corrugated packaging solutions for many years. Now things are set to go up another gear, following the installation of a new Göpfert Evolution rotary diecutter, a Bobst Expertfold specialty gluer and an HP Scitex 15500 digital press at a new plant in Orlando, Fla.

“The Florida Corporation was incorporated in 1955 by John L. Dusseault, our grandfather,” explains John Kelley, CEO. “Originally located outside of Tampa in Oldsmar Florida, he moved the business to Orlando in 1967, just prior to Disney coming to town.”

Richard Kelley, VP Sales, continues, “Our father, Dick Kelley, came into the business in the early 1960s and in 1973 he moved us, as a family, to Florida to be closer to the business. When my father came into the business, we were primarily manufacturing very short runs and resale of obsolete boxes from others and stock boxes. In the mid 1970s, Dick bought our first flexo folder-gluer, which is still running to this day. In 1980, he then bought our first rotary diecutter. I guess you could say it was at that point that we became a more traditional sheet plant in the rapidly growing ‘Interstate 4’ corridor. As the business grew, so did the customer base — by this time, we were servicing accounts in the Tampa and Orlando area.”

One of the career-defining moments for John came in the late 1980s, when he convinced his father that graphics on corrugated was something they needed to be looking at. “We took the plunge in 1988 when we installed our first graphics rotary diecutter — it was in actual fact the first chambered blade system that Ward Machinery Co. had designed and manufactured. It was at this time that color came to corrugated in a way that the industry had never seen, particularly in Florida. It was on that press we produced the first process image of a Florida orange directly on combined board.”

During the summer of 1991, the company finalized the purchase of a Bobst Domino 165 Matic that was commissioned in early 1992. This was again a milestone for the Florida market, as there had never been a specialty folder-gluer of this caliber installed anywhere in the market. In 1996, the company installed one of the first vacuum transfer four-color presses. “This brought our level of differentiation to a new plateau,” remembers John.

Currently employing 80 people and generating in excess of $25 million in sales per year, Dusobox has a wide and varied customer base. Packaging and displays manufactured in Orlando are used in many different market sectors, including food, consumer goods, health & beauty, Nutraceutical, on-line retail and sporting goods. But all of this has led to a nice problem — they simply got too big for their premises!

“We were starting to groan under the pressure of an old building and growing volumes of work,” explains Richard. “During late 2015, we made the assessment that new or additional capacity would be needed to continue to grow our business and support the ever increasing demands of our diverse customer base. But the size and scale of what we wanted to do could not be accommodated by the facility that had been built by my grandfather back in 1967 — modern machines are so big and we had run out of space. So we began the process of looking for new premises and in early 2016 we secured a new facility a few miles from our old location.”

“The decision to move was originally based on the new presses and improved workflow,” continues John. “Our old facility afforded four docks on to which we would receive and ship from, which was a huge bottleneck. Material flow was very important to us in the building evaluation. The new flexo diecutter is a hungry animal — we had to make sure the material flow throughout the process was perfect and I think we have managed to achieve that.”

There is no doubting that Dusobox has made its name in the production of quality printed packaging. The investment in the Göpfert Evolution HBL and the HP Scitex 15500 digital press would indicate that the future is ever more colorful. “It is hard to make a name for yourself making brown boxes,” jokes John. “Ultimately, customers want more and more color to help product stand out in the store or retail environment. We are also seeing an increase in the number of companies that are applying color to their shipping packs for goods being bought on-line. To this end, we have invested in the latest flexo and digital print solutions so we can offer our customers the ultimate print solution; from the ultra short run and personalized packs printed digitally on the HP, to the medium and longer run high quality flexo that is exemplified by the kind of work we can run on the Göpfert.”

As with any factory move, you have to have your team on site. Fortunately, the new facility is only a few miles from the old site, so Dusobox were lucky not to lose any of their people, as skills and knowledge are key to the ongoing success of the business. “What we are most proud of is our loyal and dedicated employees who have all been an integral part of our success,” says Richard. “We consider our employees and their families as an extension of our own family. All of them have been enthusiastic about the move and been behind us fully with our choice of new equipment.”

John is quick to point out that it is not just about machines though — people are a critical component in the equation. “When you get into high quality graphics, you need to have the right people, both in sales and also production,” he stresses. “We trained up new people to run the new flexo and the digital press. We didn’t want anyone working on the new equipment that had preconceived ideas of what speeds they thought the presses should run. We wanted people who would push the machines to their limits and strive for the best in productivity and quality. We are happy with how things are going, for sure. But we had to be patient, we had to make sure the team understood that using the latest technologies needs training, practice and commitment.”

“The main focus of Dusobox is how to help our customers succeed in their marketplace and we help them achieve this with creative designs, offer a fast turnaround and the highest quality print options that are right for the job,” says Richard. “With flexo, litho and now digital, Dusobox is a one-stop shop for all types of graphical packaging applications.”

“We have taken a bold step,” concludes John. “The market is evolving and our customers want to develop more meaningful relations with us as a supplier, be it from interactive marketing to intelligent display solutions. We’ve now invested a little over $7 million in new systems, equipment and business development that we hope will allow Dusobox to continue its journey as one of the most advanced packaging suppliers in our territory.”