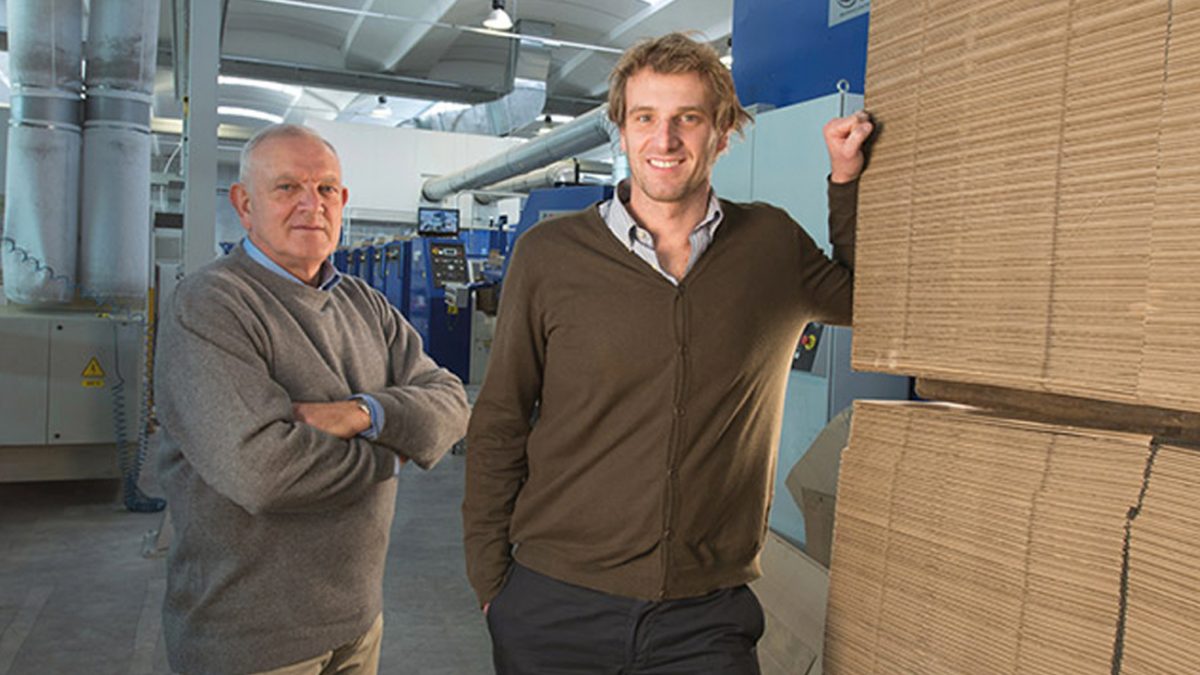 ISM built a new factory in 2015 which was subsequently expanded in 2019 due to the rapid growth of the business. The factory is built on a site of 60,000 sqm.

The evaluation process started more than one year ago and thanks to the confidence established after many years of co-operation between the Gorio family and the EDF Europe management team, ISM chose to install the first HGL 1628 RDC from EDF Europe. 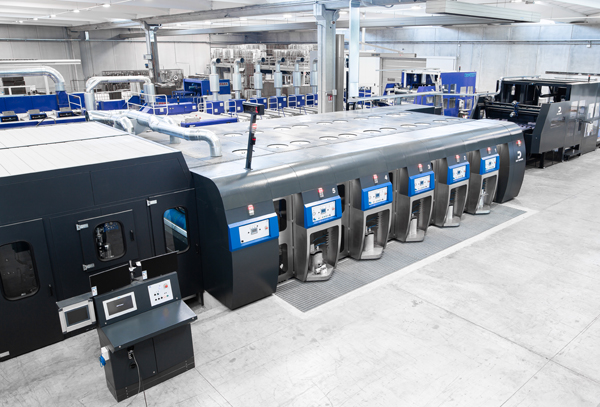 EDF Europe is the Italian branch of DF Group, the manufacturer of corrugated machinery. Since the opening in 2015 of a European Converting R&D Centre, Treviso-based EDF Europe is now designing and producing high-end servo driven converting lines with fixed units.

After four busy years of development, EDF Europe offers an interesting range of machines, including four casemaker models
(618 and 821 with top printing and 924 and 1228 with bottom print). But the company realised it was the right time to develop a rotary die-cutter. 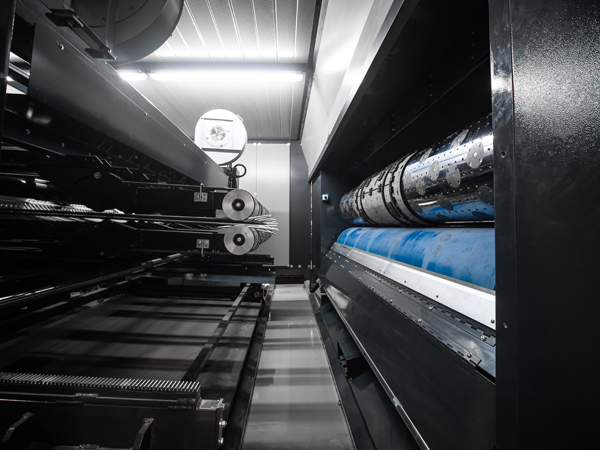 “Everybody knows Dong Fang Group was born building rotary die-cutters, a workhorse which operates with high performance in every corner of the world and selling many lines every year,” says Enrico Galloni, CBDO at Edf Europe. “EDF Europe is also known as a high end RDC peripheral supplier, with several full lines installed together with DF in all areas within the EMEA.”

Thanks to this experience, the new HGL 1628 has been designed with the target to match the highest quality and productivity targets in rotary die-cutters. The new line is already in operation in the ISM factory near Brescia, Italy and showing the capacity it has versus the traditional die-cutter previously installed.

Galloni continues, “The new HGL  features all the technology developed in the last few years by EDF, including components found on other DF lines. This includes the important ‘only one motor’ technology, which is the use of the same micromotor to automate all the machine set up functions. This dramatically reduces the spare parts inventory required, as with just one motor type, they are interchangeable in a ‘plug and play’ fashion, throughout the entire machine.”

Air filtering comes as standard with the machine, thanks to a new cyclone technology. The air loop system keeps the printing area in a positive air pressure environment, which helps reduce the dust sticking to the printing plates.

The feeding unit is a resized version of the already proven ‘no crush feeder’ made by EDF on all its converting machines produced in Italy. The print units feature a completely new, fully automatic anilox roll change system which can change all the anilox rolls in the line in a few minutes. Full IR dryers, carbon fibre chambers, temperature and viscosity control and print register camera complete the line. 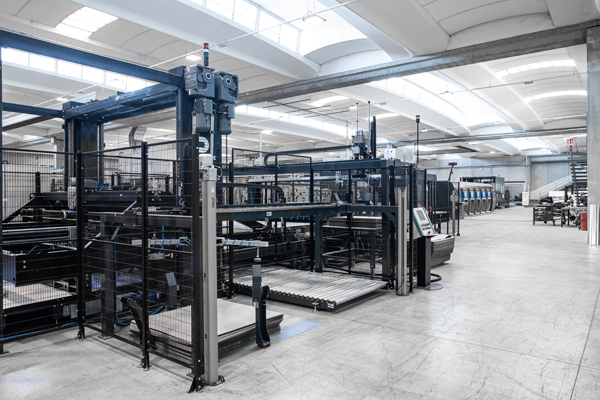 This new rotary die-cutter has quick die mounting, automatic grinding and dust collection as well. The line is fully automated, with pre-feeder, vacuum stacker, dual breaker and automatic palletiser. Another interesting feature is the capability of the breakers to quick change the upper press of the clamps to be able to separate odd shapes .

“As is the EDF Europe tradition, the line has been fully integrated in the factory layout with an automatic conveyor system, which was also supplied by EDF – and of course, all the lines are connected with the office for production planning and statistics,” conitnues Galloni. “The line is also connected to the EDF Europe HQ for remote service and monitoring.” 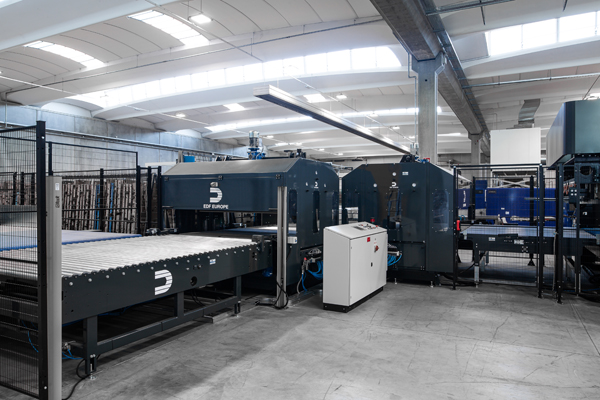 The installation of the new line at ISM is a pit version, but EDF also offer the line in HBL format. Three such lines have already been sold and are due to be installed later this year.

Diego Gorio, Owner and Managing Director of ISM, adds the last word. “The new HGL line will allow our company to enter the market for the production of die-cut boxes produced on coated board and HD print. This further expands our already wide range of corrugated products we are able to offer our customers.” 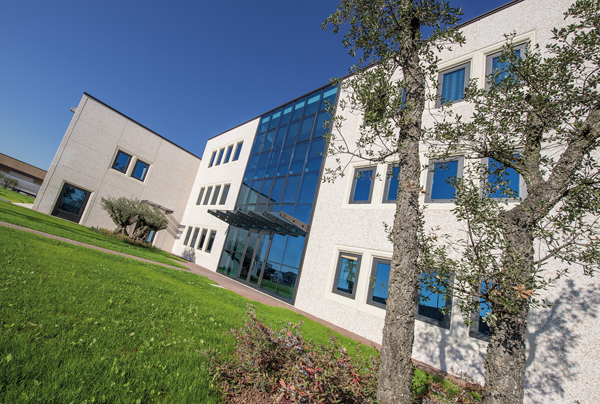