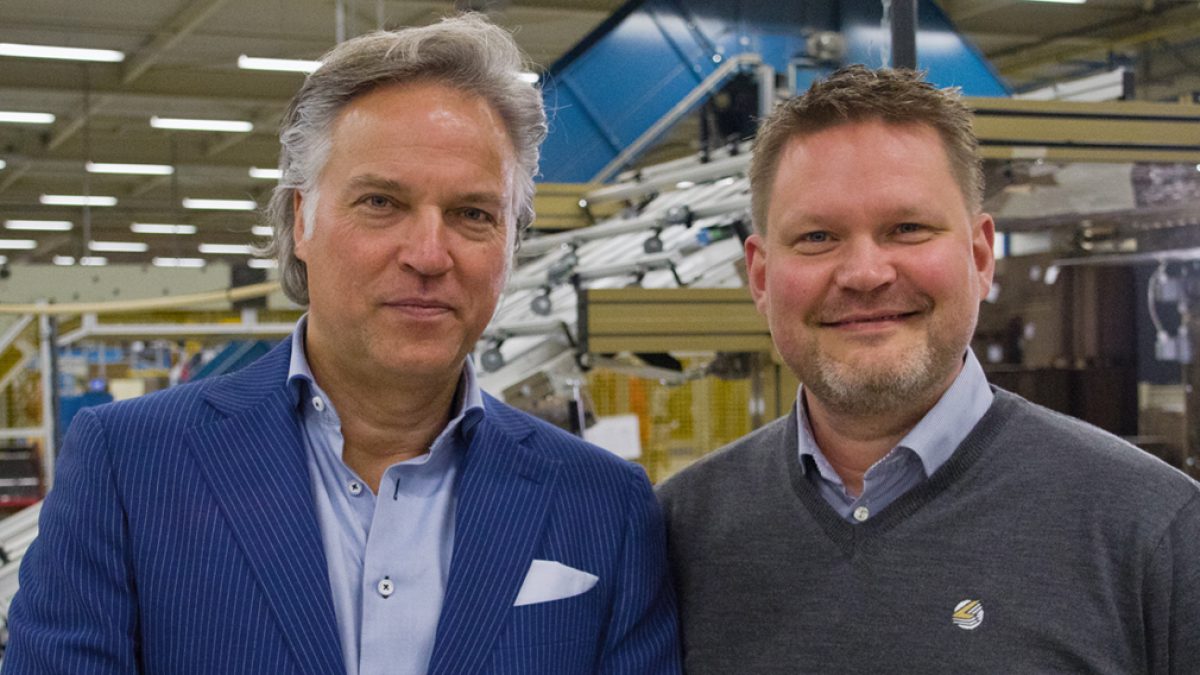 Laminating investment for Intrapec of Holland

A great deal has been happening at the privately-owned Intrapec Packaging, based in Holland, since we visited in 2010. Over the last seven years, the company has almost doubled in size to a current €12 million turnover and it has also changed its structure internally. Now trading as Intrapec Group, the company has three distinct divisions — packaging, packaging supplies and displays. Creating value for its customer base, including logistical solutions, has been the secret to the ongoing success, together with a lot of hard work and investment in people and infrastructure.

The company was founded in 1983 by two gentlemen who had taken everything they had learnt from working in the integrated sector and used it to their advantage to set up their own business. Primarily working as a packaging broker, the company quickly evolved and within a couple of years, invested in some basic converting machines so that they could fulfil the small, easy orders as quickly as possible. “In the early days, my Father and his business partner identified that there was room in the market for a business that could react quickly and turn around work within 36 hours, not the usual 8 to 12 days,” explains Paul de Lange, Managing Director. “They decided to invest in some of their own converting equipment, and to help them grow, I started working for the business in 1993. I then took over the business in 2005 — at the time, we employed 30 people and generated around €4 million per year in sales. But as time went on, I knew we needed more space if we were to continue the growth of the business.”

Mr de Lange remembers crunch time. “We had bought additional buildings for storage and we then spread into them, but I was not happy with being spread out across several buildings. It was then that I realised we needed to move, so we could be all under one roof. We began the search in 2014 and by early 2015 we had found the ideal site. With some intensive renovations, we moved in later that year.” The company now operates from a state of the art, 14,000 sqm factory close to Apeldoorn in eastern Holland.

“As we had not moved too far from our previous location, we retained all our people,” continues Mr de Lange. “Today, we employ 48 people and run the factory on a single shift basis — we have lots of room for growth with the existing machine park and we can also convert our finished goods warehouse into a converting hall in the coming years as the business dictates.”

Intrapec has worked hard on creating a niche in the local market with graphics. The company can supply all types of printed packaging, using pre-print, post print and litho-lam. “It is no secret, we tend to cater for the high value packaging and display work,” continues Mr de Lange. “No job is too big and no job is too small — we pride ourselves on fast turnaround and the highest quality work.”

A visit to Drupa in Dusseldorf last year was to prove a valuable trip for Mr de Lange. “I try to visit shows as much as I can to keep up to speed with the latest technology,” he explains. “Last year, we went to Drupa out of interest more than looking for new equipment, but you know how that always works out! I had a meeting with the guys at Lamina and they showed me their latest development, the FASLINE EDGE sheet to sheet laminator that was being shown for the first time. We already had two machines, including an existing Lamina that we had bought at the previous Drupa, but I knew that laminating was one area we would need to invest in over the next few years. Although I wasn’t really in the market for a new machine, when I saw the capacity that this new machine could offer, I did a deal with them pretty much on the stand!”

The FASLINE EDGE is the latest generation of sheet to sheet laminator from Boras, Sweden-based Lamina System. With its fast set-up and maximum speed of 8,000 sheets per hour, it handles sheets with a width of 1100mm to 1600mm and maximum length of 1600mm to 2000mm, as standard. Minimum sheet size is 500mm x 500mm. The machine was installed in January.

“We really hit the ground running,” states Mr de Lange. “The operators have taken to it very easily, as it is similar to the previous machine. The training and ongoing support from Lamina has been first class — they really have done a good job for us.”

He continues, “But it won’t stop there. My aim is to grow the litho-lam capacity over the coming months and then we will install another new flat bed die-cutter. The Omega gluer we installed back in 2010 is running really well and still has some capacity to fill, but as our litho-lam packaging business grows, so we will need to also increase our gluing capacity — we will probably choose another Duran machine, as we are really happy with the output and quality of the Omega.”

Commenting on the growth of the litho-lam work, Mr de Lange recounts, “We came into the litho-lam market in 2008 with one customer. From a base of zero, we have reached a little over €2.5 million in litho-lam work and we see this continuing to grow over the coming few years. I’d love to get this part of the business up to around €4 million and then we can start to look at other print technologies to allow the business to grow further. Digital is certainly on the radar at the moment.”

With a little over €5 million invested in a new factory and new equipment, the future looks good for Intrapec. “Our future success relies not on just a decent sales team, but also strong relationships with our suppliers,” concludes Mr de Lange. “We have been really impressed with Lamina since we bought our first laminator and a Glueline machine from them at Drupa in 2012. They have really supported us well and I look forward to having them as part of my team as Intrapec continues to grow in size and scope.”