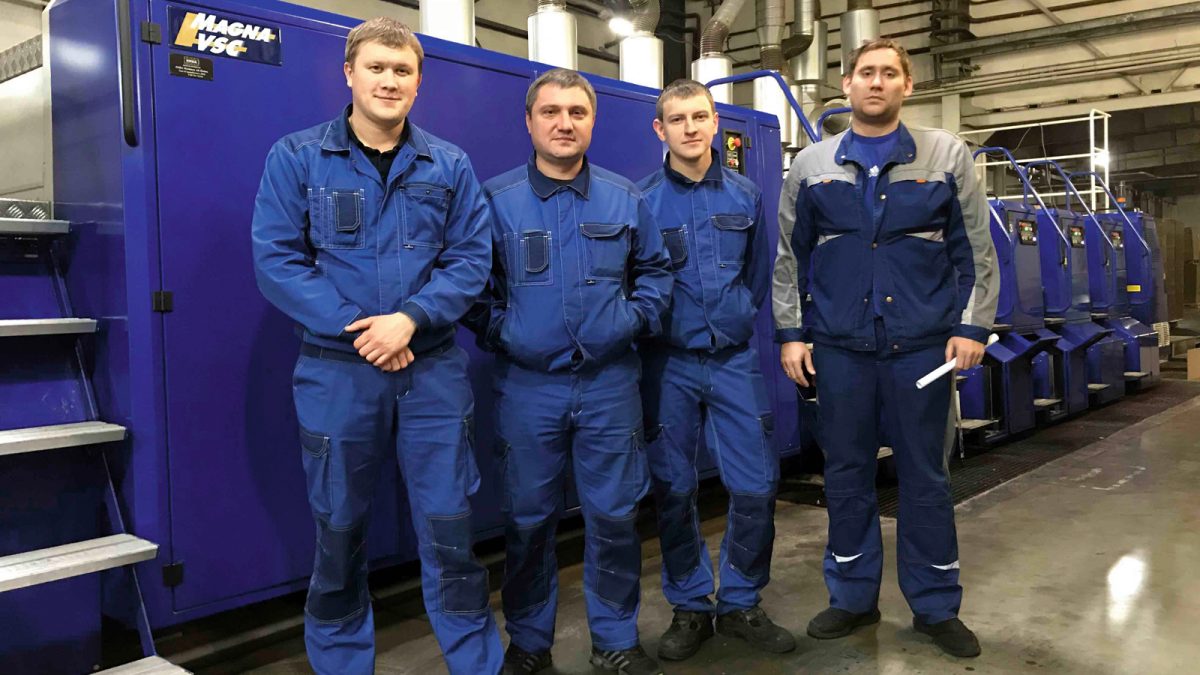 L-PACK, one of Russia’s largest paper and corrugated producers based in the Lipetsk region, is continuing active modernisation of its capabilities, by installing new equipment and upgrades to existing machines.

As part of this expansion plan, the company successfully completed installation of a new EMBA 215QS Ultima at the end of last year. Interestingly, the company has already set a new record for the production of boxes on the new machine; some 278,385 units were produced within a 12-hour shift, with 11 order changes. 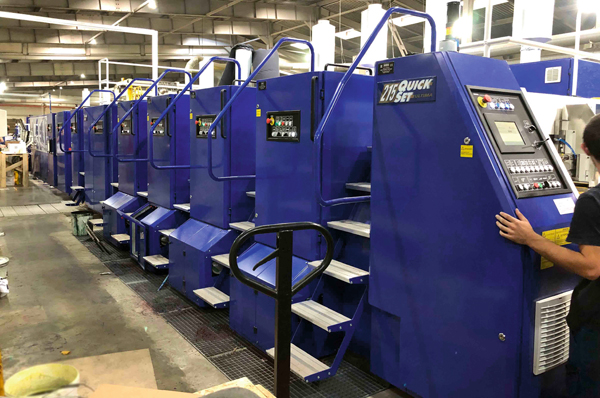 The newly commissioned 215QS Ultima is the second such machine at the plant, joining a similar model that was installed at the plant several years ago. The Swedish OEM launched the 215QS Ultima in 2017 and the flexo folder gluer has a maximum speed of 33,000 boxes per hour (550 per minute). During our interview, L-Pack described the newly commissioned Emba 215QS Ultima as one of the most advanced and fastest 2.0m format machines in the industry. Its maximum format is 750 x 2150mm and it can be equipped with up to six printing units. 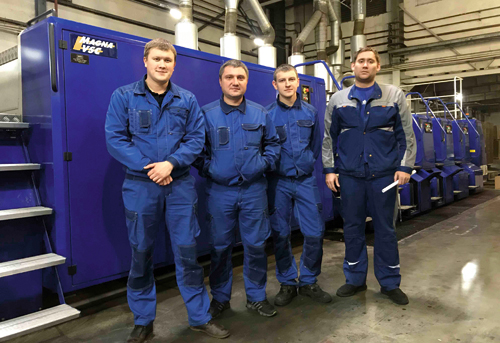 In addition to the 215QS Ultima, L-Pack installed other equipment during the end of 2019 and early 2020, including a new BOBST DRO 1628 NT rotary die-cutter.

These two lines have added significant converting capacity in the company’s machinery park, which already includes a number of converting machines by Emba, Bobst, Latitude and finished goods and materials handling systems from Emmepi Group. The company produce a wide range of transport packaging, including American boxes of all sizes, die-cut products and flexo printed packaging for FMCG customers.

The plant is located in the Lipetsk region, which is located in the European part of Russia and is considered an active center of iron processing and mechanical engineering in Russia. The plant has two 2.5m corrugators, both from BHS Corrugated. The lines are running well, up to 350 and 400m per min. The total production volume in 2019 amounted to 335 million sqm of corrugated board. 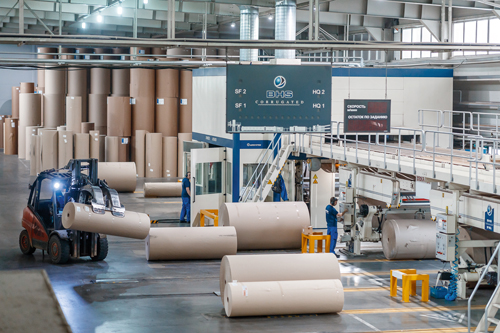 L-PACK also has a paper mill on site, with two paper machines producing Testliner and fluting. PM1 is a 2.5m machine which runs at 520m per min. PM2, which was commissioned in 2019, is 4.75m machine that runs at 1100m per min. PM2 has the capacity to use about 800 tons of waste paper per day.

The company also has a separate line for recycling UBC (Used Beverage Cartons) – an ecological project launched in 2019 in partnership with TetraPak. The capacity of this line is 12,000 tons, which makes it the largest in the country. It allows L-PACK to handle the processing and recycling of all used Tetra Pak packaging in Russia and Belarus. This new line only handles paper-based packaging, which is then used for the further production of corrugated base papers, which in turn is aimed at secondary corrugated packaging for milk and juices. 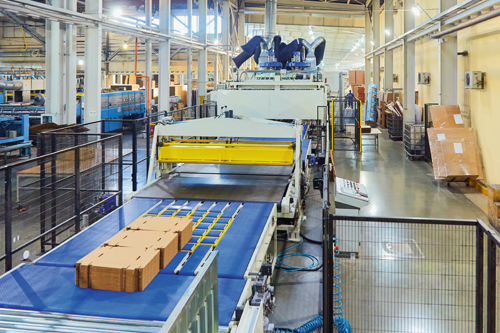 For the twelve months ahead, L-PACK already has a contract in place with Emba Machinery that will see the OEM install another flexo folder gluer. It is expected to be installed and commissioned by August 2020. The company are also currently negotiating a contract for installation of a third corrugator. So it seems that the expansion plans are on track to move L-PACK up the list for the biggest corrugated producers in Russia. 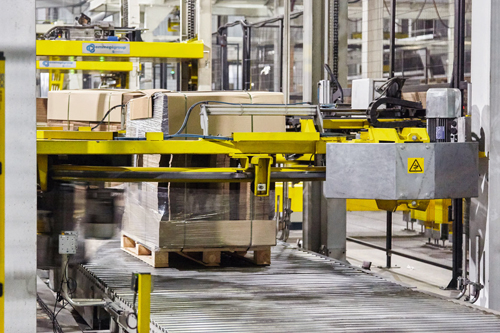 In 2018, the volume of corrugated production in Russia was practically the same as in 2017, at 2.86 billion sqm. While the official results for 2019 will be announced later this year, most of the local analysts expect the growth of the market to be in the range of +3-5% in 2019.

More than half of corrugated production in Russia is concentrated in the North-West Federal District of the country in close proximity to the country’s main timber industry complexes. Among the largest producers in the St. Petersburg Region are Ilim Group, Smurfit Kappa, Remos-Alpha and Gotek.